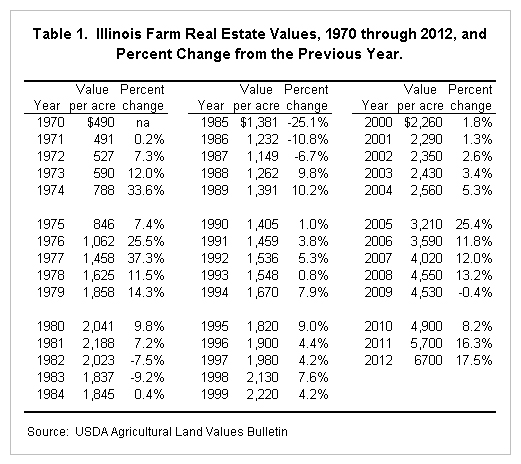 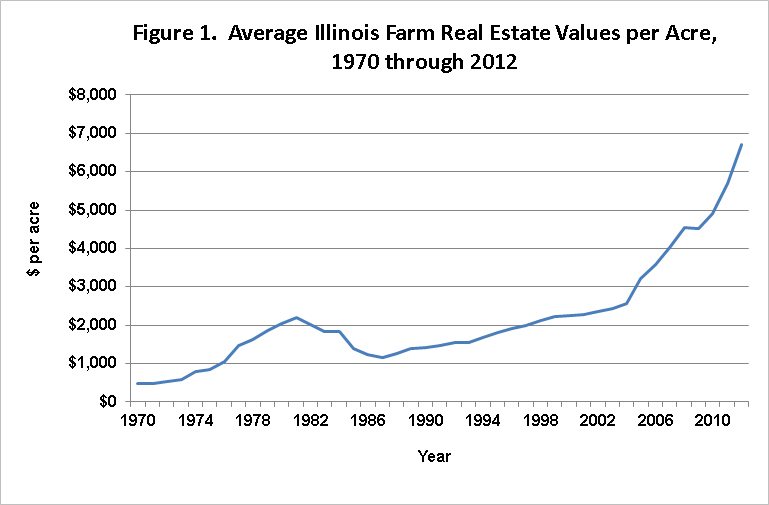 The farm real estate value data is used to construct index numbers of Illinois farmland values. The index can be found at the farmdoc website. http://www.farmdoc.illinois.edu/manage/land_value.asp