According to the National Agricultural Statistical Service (NASS), Illinois cash rents in 2012 increased by 16% over 2011 levels. Cash rents increases between 2012 and 2013 likely will not be as large. Results from a midyear survey by the Illinois Society of Professional Farm Managers and Rural Appraisers suggest increases between 1% and 3%. 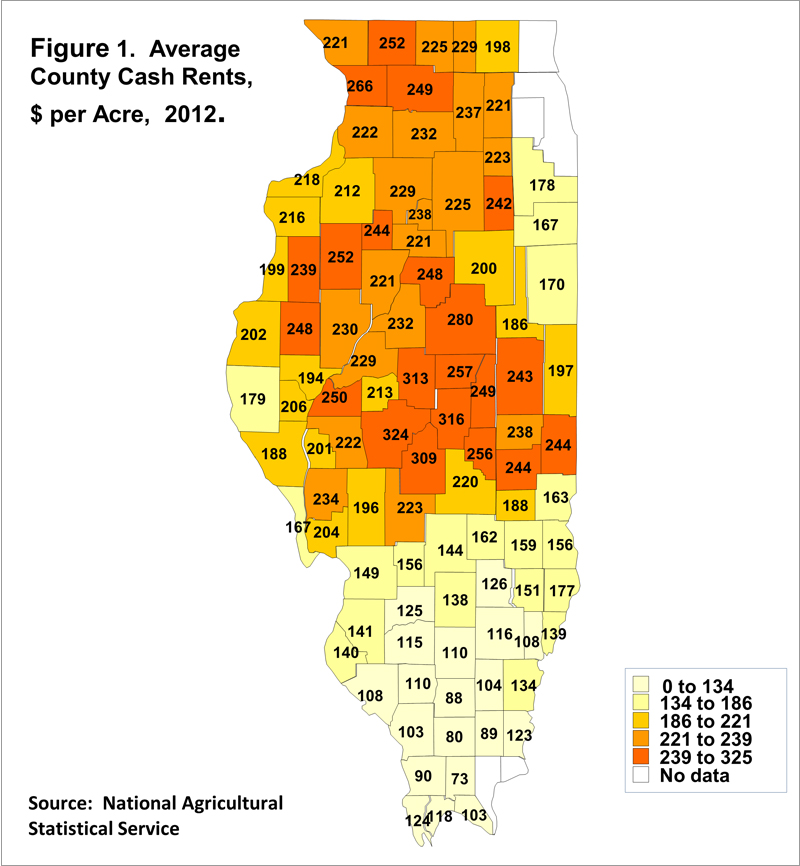 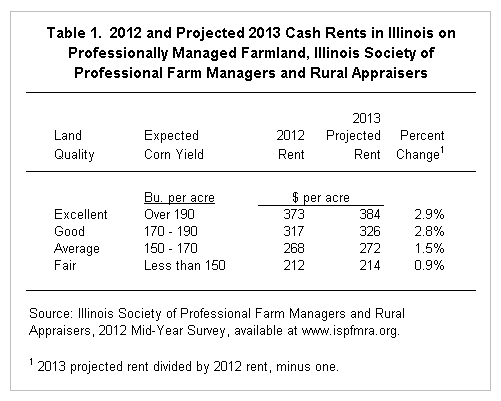 Relatively small increases between 2012 and 2013 likely occur because returns projections for 2013 are below those for 2012 (see here). This fundamental does not suggest increases in cash rents. Moreover, the 2012 drought may have tempered aggressiveness in setting cash rents.

Cash rents likely will not increase as much in 2013 as they did in 2012. Results from a survey by the Illinois Society of Professional Farm Managers and Rural Appraisers suggest that 2013 cash rents will be 1 to 3% higher than 2012 rents. Hence, reasonable estimates of average cash rents in 2013 is to take 2012 cash rents in Figure 1 and increase those rents by between 1% and 2%.