For farmers taking revenue crop insurance, the lowest possible revenues for 2013 largely will be determined when projected prices for crop insurance are set of the end of February 2013. Currently, Chicago Mercantile Exchange (CME) futures contract used to set projected prices are near $6.35 for corn and $13.40 for soybeans. Herein, projected prices of these levels are placed in historical context. Then, historical changes in futures prices from December to February are examined to quantify downside risk to futures prices between now and February. 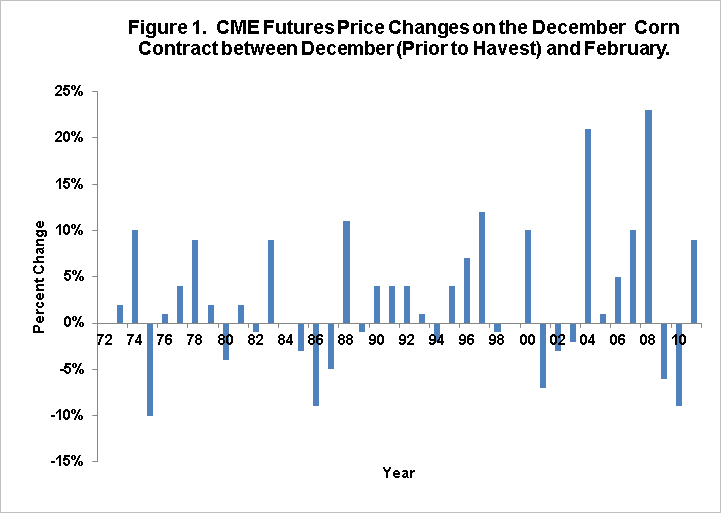 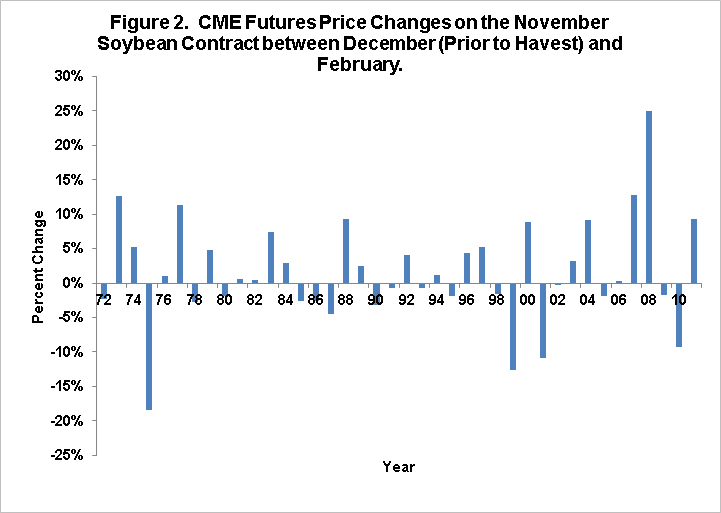 The 2013 projected prices for corn and soybeans likely will be near historically high levels, providing farmers will the ability to set relatively high per acre guarantees using crop insurance. These are possibilities for falling prices, particularly for soybeans. However, historical changes suggest projected prices will most likely be at high levels.