The USDA collects a large amount of information directly from farmers and ranchers across the United States. Farmers and ranchers own the majority of the land dedicated to the production of agricultural products, yet a significant portion of our nation’s farmland is rented or leased from non-operating landlords. In 2010, the USDA collected detailed information on land tenure, ownership patterns, and rental agreements through supplemental questions in the Agricultural Resource Management Survey. The goal was to provide more detailed information on land rental agreements and address important questions about landlord characteristics.

The annual Agricultural Resource and Management Survey (ARMS) is the USDA’s primary source of information on the status of farm finances, production practices, and resource use, as well as the wellbeing of America’s farm households. The survey is sponsored jointly by the Economic Research Service (ERS) and the National Agricultural Statistics Service (NASS). It is the only national survey that annually provides observations of field-level farm practices, the economics of the farm operating the field, and the characteristics of farm operators and their households. Farm operations are the primary sampling unit and include all establishments that sold, or normally would have sold, at least $1,000 of agricultural products during the year. More information on the survey is available here.

The number of rental agreements varies by farm type. 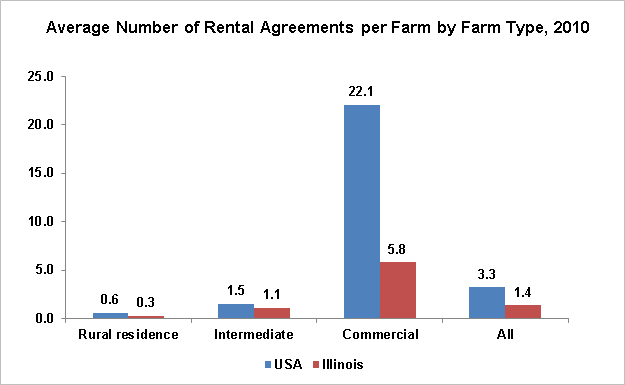 How formal are rental agreements?

Although a large portion of US farmland is operated by tenants and the average commercial farm has multiple rental agreements, it is believed that the rental market is still dominated by informal agreements. One measure of the degree of formality is whether a lease is written. 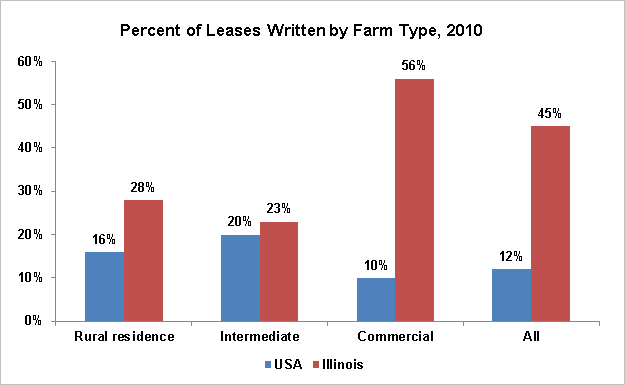