The National Agricultural Statistical Service (NASS) recently released county yields for corn and soybeans for 2012. These yields confirm that the drought significantly lowered 2012 production, with extremely low yields being prevalent in southern Illinois. Corn yields were more impacted than soybean yields. With county yield estimates, Group Risk Income Plan with the harvest price option (GRIP-HR) can be estimated. Most counties will have GRIP-HR payments for corn, with many counties having large payments. Fewer counties had GRIP-HR payments for soybeans. 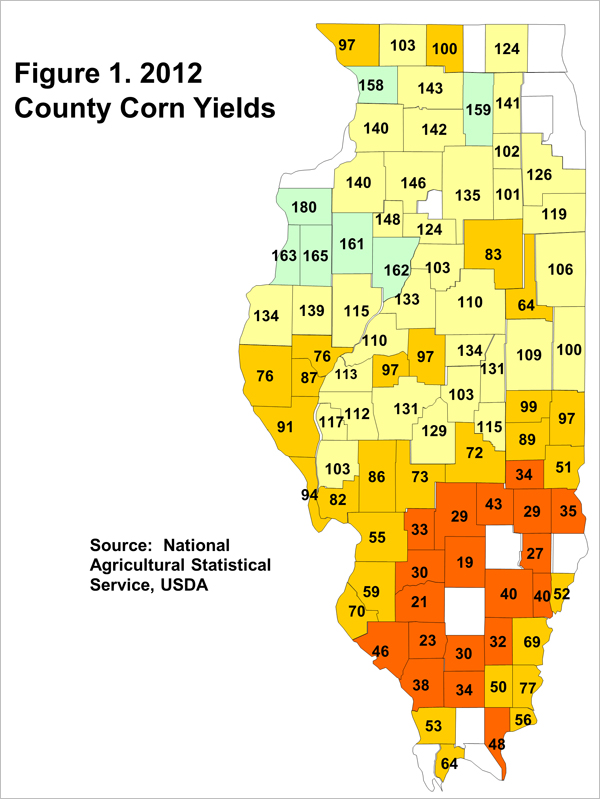 The highest corn yields generally were in western Illinois, centered around Mercer County. Mercer County had a 180 bushel per acre yield. 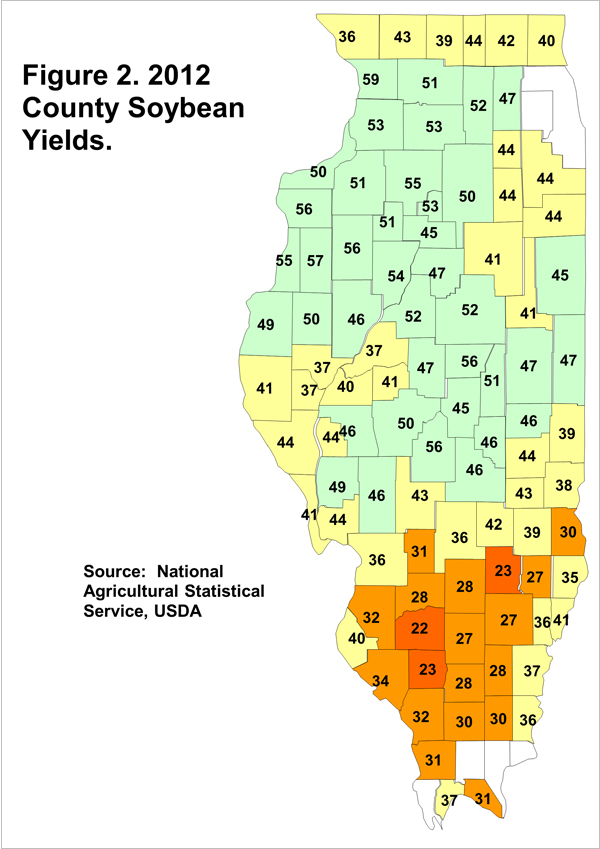 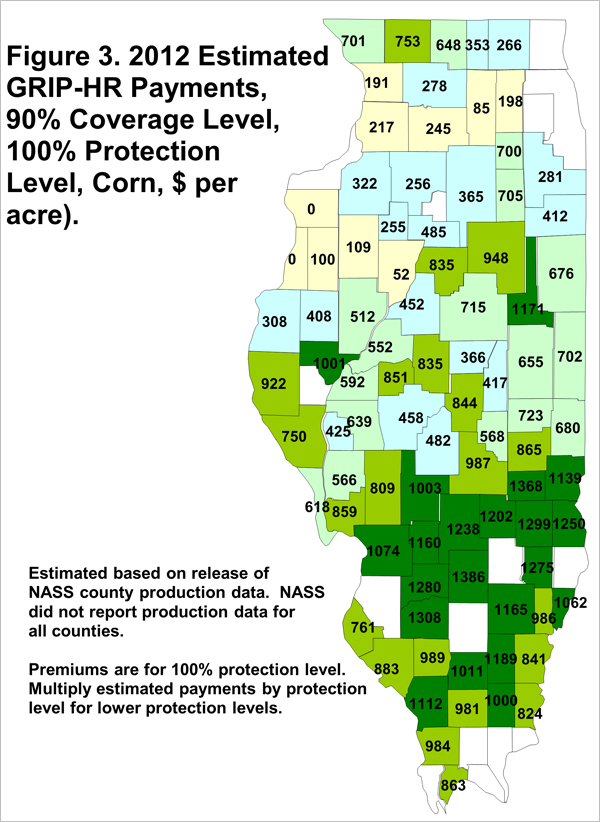 Many counties in southern Illinois, and several counties in central Illinois, have estimated payments over $1000 per acre. This would be an expected outcome in a drought year for a product with the harvest price increase. Lower yield trigger payments that are then paid at the higher harvest price.

Note that there are several counties that have blanks in Figure 3. There were a number of counties that have GRIP policies for which NASS did not report county production data: Boone, Clay, Lawrence, Jefferson, Rock Island, Massac Counties. It remains to be seen how RMA will determine GRIP-HR payments in these counties. 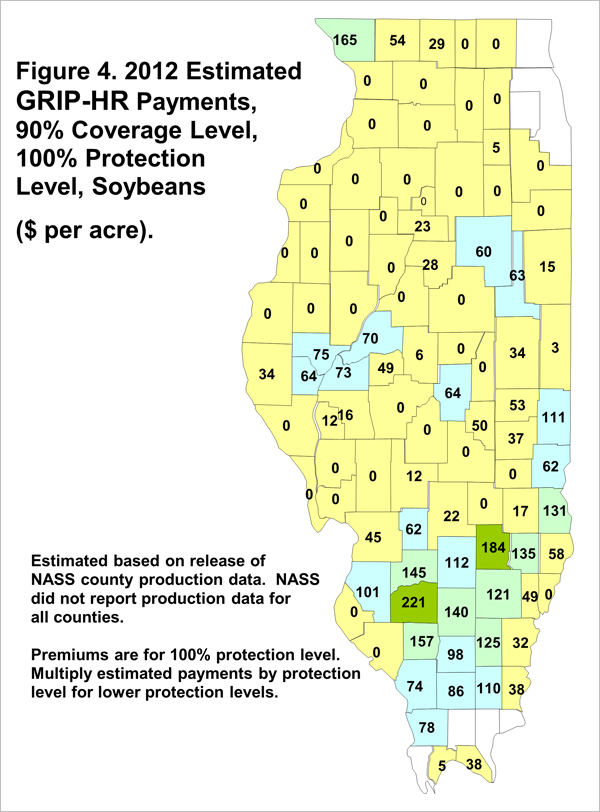 Corn yields were low over much of Illinois, with the lowest yields occurring in southern Illinois. As a result of low yields, GRIP-HR will make payments in most Illinois counties. Soybeans yields were not as low as corn yields. Fewer counties will have GRIP-HR payments. 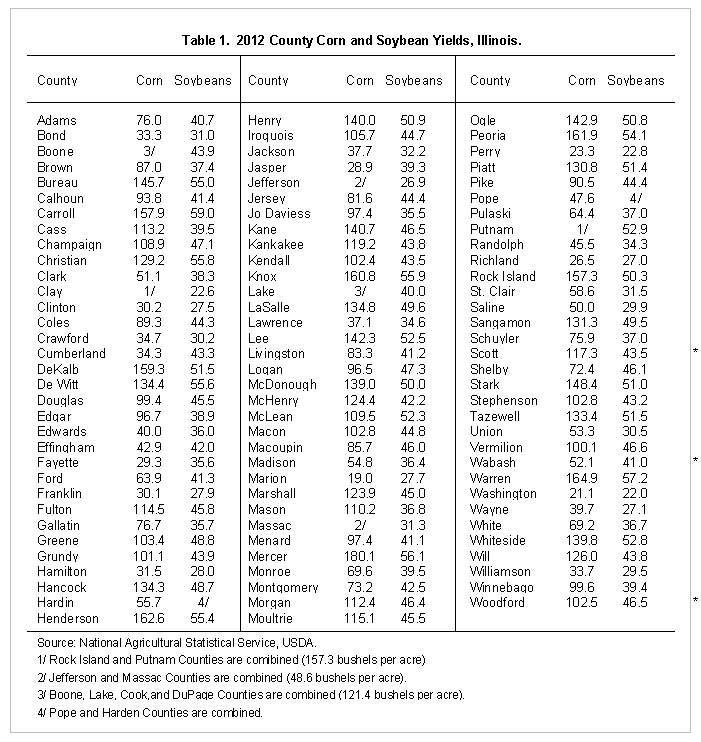