During the first half of February, settlement prices would result in a $5.73 projected price for corn. This $5.73 price is near the $5.68 price level for 2012; hence, the 2013 projected price likely will provide similar protection to that offered in 2012. 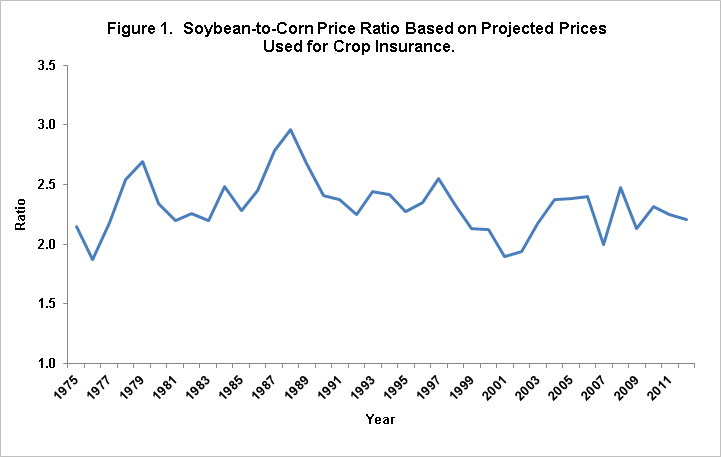 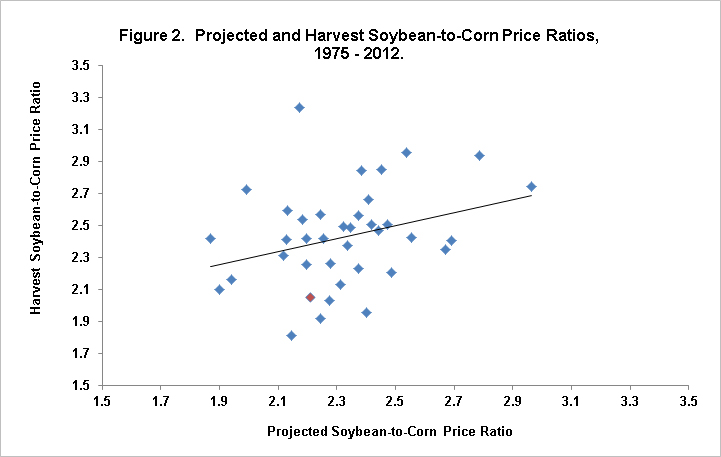 Compared to 2012 prices, 2013 prices are slightly more favorable to soybean production. The soybean-to-corn price ratio in 2013 is projected to be higher than in 2012. Large corn plantings are projected. It will remain to be seen if farmers react by planting as much corn as is projected.