This article examines the occurrence of multiple years of low prices and multiple years of high prices over the period from 1974 through 2006 for the farm program crops of barley, corn, rice, sorghum, soybeans, upland cotton, and wheat. Understanding the occurrence of persistent low prices and persistent high prices is important to managing risk as well as designing policy. 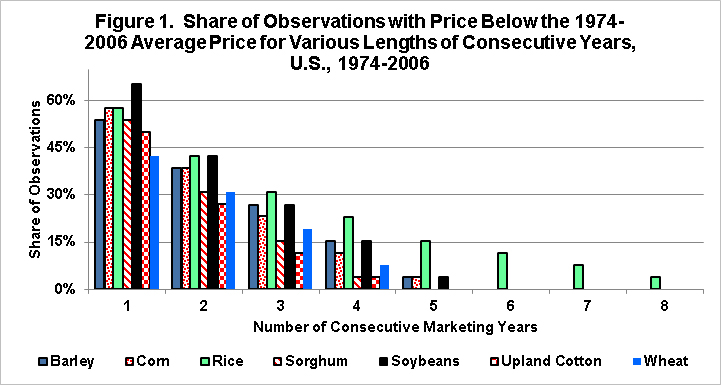 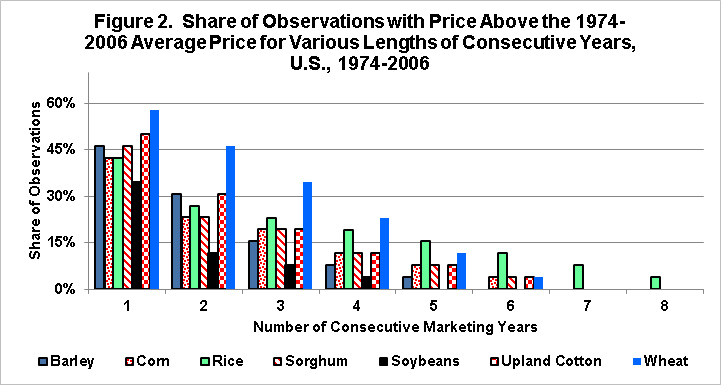 Not unexpectedly, this study found that both persistent low price and persistent high price was a feature of the 7 program crops examined. It should be noted that farm programs, especially public stock-related programs, could affect the findings of this analysis. While the impact of public stock-related farm programs was substantially less than during the period before 1972, they nevertheless did exist until the 1996 farm bill. However, it is also important to point that the longest, deepest period of persistent low prices occurred during the Asian financial crisis, which occurred after the 1996 farm bill.