Last week the Senate and House Ag Committees successfully passed their versions of the 2013 Farm Bill (see Senate version here; House version here). As discussed in a post from last week, price support programs now exist in both versions, making it highly likely that price supports will continue to be offered to the major program crops over the next Farm Bill period. 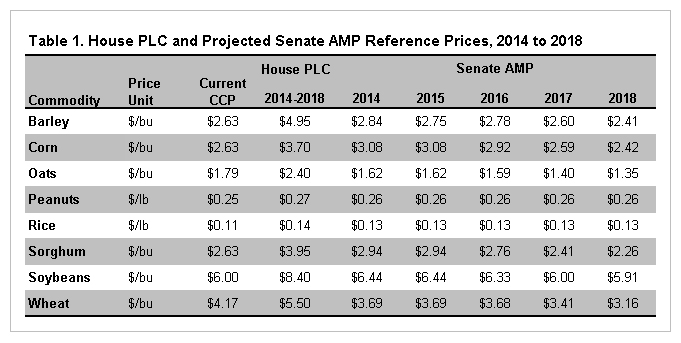 Table 1 also provides expected AMP reference prices for some of the major program crops over the next Farm Bill period from 2014 through 2018. The expected reference price levels are based on:

Figure 1 plots the average ratio of the House PLC and expected Senate AMP reference prices to the projected rolling five-year Olympic average price for each covered commodity. This provides a measure of the level of price support offered for each crop relative to its expected average market price over the next Farm Bill. 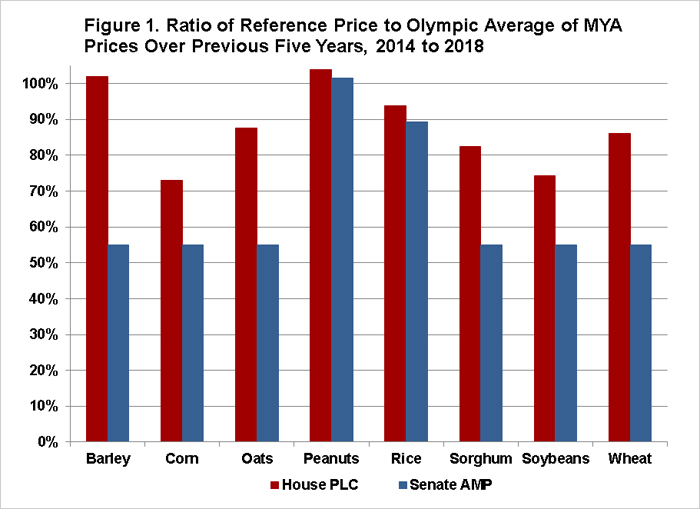 Both the Senate and House Ag Committees have resumed work on the 2013 Farm Bill and passed versions for debate on the floors of both chambers. In contrast to the 2012 Farm Bill proposals, both now include price support programs. These price support programs – AMP in the Senate, PLC in the House – are similar in concept, but also differ in many ways including how reference prices for each commodity are set. PLC prices are fixed through time at defined levels, while AMP prices adjust as a percentage of a rolling five-year Olympic average of actual price levels.

The differences in program design will need to be reconciled before a final Farm Bill can be passed. The differences in relative support offered to each crop will likely represent challenges to continued progress in finalizing the 2013 Farm Bill.