On September 12th, the USDA released revised projections of 2013 state soybeans yields. Also released were 2013 projected crop reporting district (CRD) yields for Illinois, Indiana, Iowa, Kansas, and Missouri. These projected yields are compared to 2013 trend yields to assess which areas of the country are having better relative yields than other areas. A similar post on Friday evaluated corn yields (click here for that post). 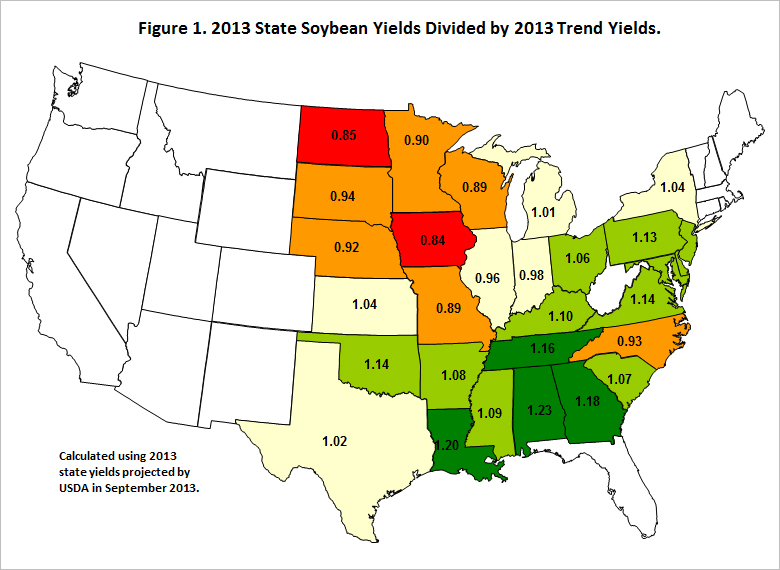 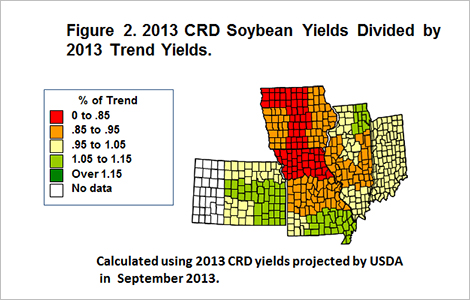 Within the corn-belt, the eastern corn-belt is having higher yields relative to trend than the western corn-belt. The worst relative yields are in Iowa and Missouri.