The Risk Management Agency (RMA) recently released rates which can be used to calculate 2014 insurance premiums for corn and soybeans.  For corn, insurance premiums likely will be slightly lower than in 2013.  Guarantees will be much lower in 2014 as compared to 2013.  For most cash rent farmland, guarantee levels from crop insurance will not cover total costs in 2014. 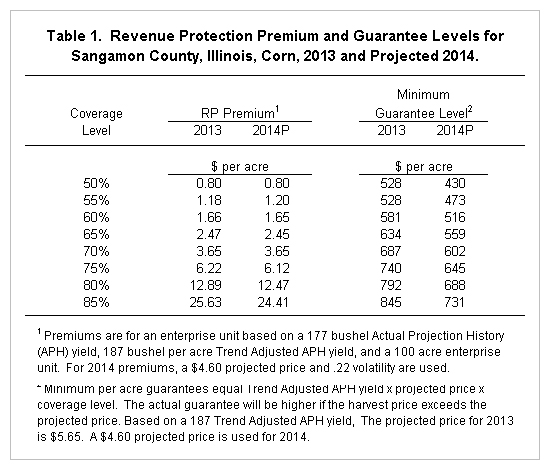 The guarantee for RP equals

When the projected price is announced, a minimum guarantee is known.