The Census of Agriculture is a national account of all U.S. farms, ranches, and operators. The Census is taken every five years and provides valuable information on land use and ownership, operator characteristics, production practices, income, and expenditures. For many pieces of information on the farm sector and the rural economy, the Census serves as the only source of county-level information. On Friday May 2, the USDA released a complete report of state and county-level farm and ranch statistics for the 2012 Census (available here). The report provides a wealth of information valued by farmers and ranchers, agribusiness firms and cooperatives, community planners, and legislators at almost all levels of government. This post explores one of the important measures of the Census of Agriculture, the number of farm operations.

Number of Farms in Illinois

The Census defines a farm as any place from which $1,000 or more of agricultural products were produced and sold, or normally would have been sold, during the reference year, and this definition has been used since 1974. According to the 2012 Census of Agriculture, the United States is home to 2,109,303 farms, and 75,087 of these farms are located in Illinois. On aggregate, the number of US farms decline by 4.3% since the previous Census in 2007. Illinois also experienced a decline in aggregate farm numbers, but the loss is much less pronounced at 2.3% (or 1,773 farms). 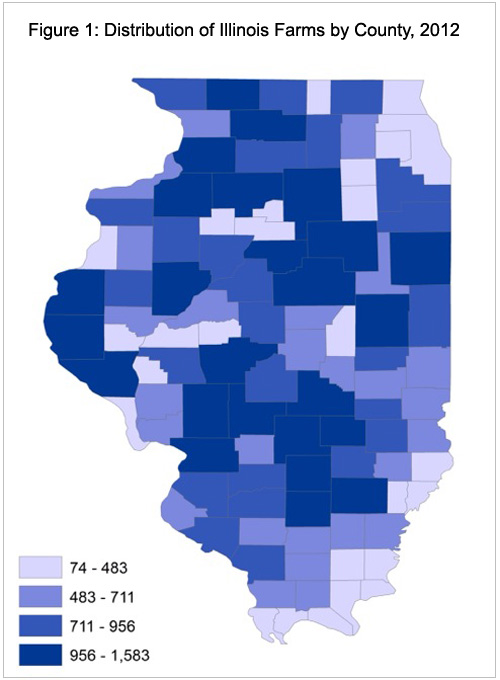 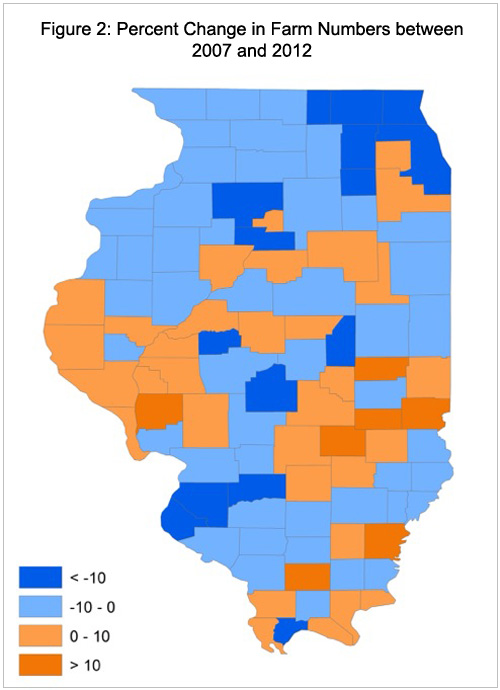