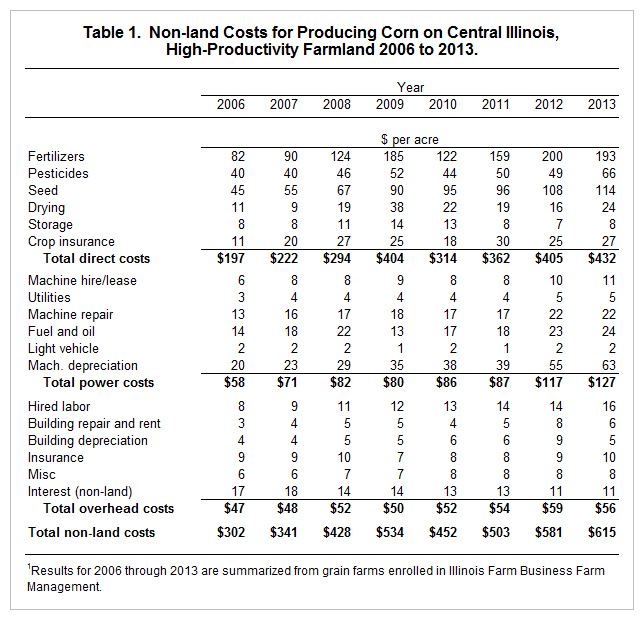 Cost items having the largest increases were:

Several cost items exhibited decreases. Fertilizer costs decreased $7 per acre from $200 per acre in 2012 to $193 in 2013. Decreasing fertilizer price played a role in this decrease. Other items with decreases were hired labor, building repair and rent, and building depreciation.

Increases in non-land costs place break-even prices at higher levels. Take the $615 of non-land costs and add to it a $300 per acre cash rent, a fairly common cash rent for farmland of this productivity. This gives total costs of $915 per acre. This farmland can be reasonably expected to average 200 bushels of corn per acre, yielding a break-even price $4.58 per bushel ($615 / 200). Prices in the low $4 range would not cover total costs given that farmland is cash rented when yields are close to average.

At this point, fertilizer costs are projected to decrease in 2014. All other costs likely will stay the same or increase. Given this, non-land costs in the high $500 per acre and low $600 range likely will continue for 2014 and the foreseeable future.