With the 2012 Census of Agriculture being finalized in 2014, revisions have been made to the 2009 – 2013 data and these are the final estimates. All of the years were adjusted down with a range of 1.8% to 9% for an average downward adjustment of 5.4%. Table 1 shows these differences. 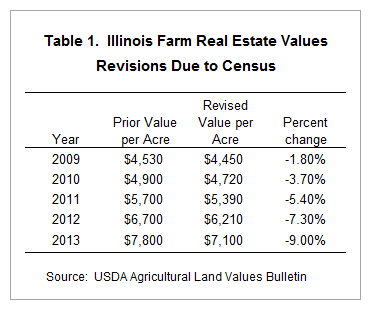 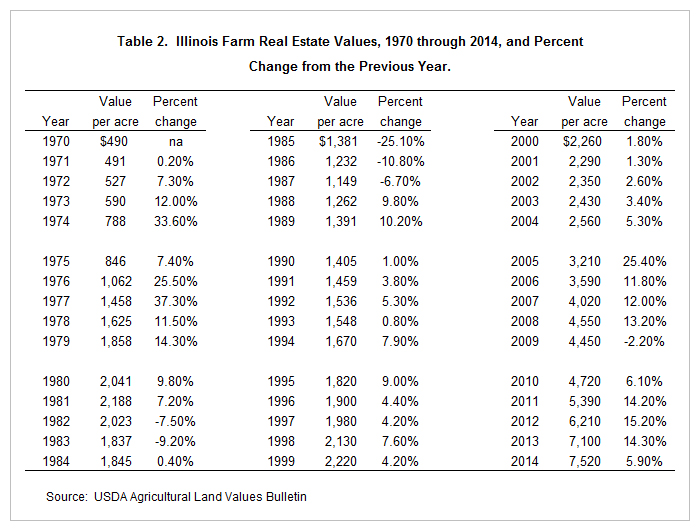 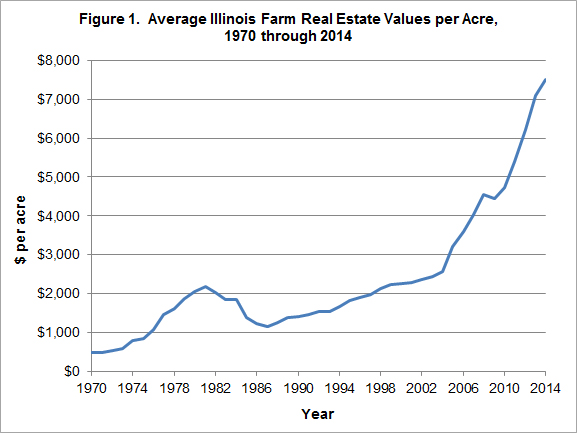 The farm real estate value data is used to construct index numbers of Illinois farmland values. The index can be found at the farmdoc website here.