A recent hearing before the House Agriculture Committee and subsequent press reports have raised the profile of a crop insurance provision in the 2014 Farm Bill. That provision requires USDA to provide farmers the option to elect to exclude low yields in their actual production history (APH) in cases where a trigger based on the historic county yield average is met. Due to the central role that APH plays in maintaining the integrity of crop insurance, fundamental changes in its calculation raise significant questions about its impact.

Section 11009 of the Crop Insurance title of the Agricultural Act of 2014 (the 2014 Farm Bill) amends the section in the Federal Crop Insurance Act (FCIA) that provides the Federal Crop Insurance Corporation (FCIC or Corporation) with the authority to calculate a producer’s APH for insurance coverage (7 U.S.C. 1508(g)(4)). APH is used to establish the producer’s insurable yields, making it a fundamental component to crop insurance and the Farm Bill adds a new authority for adjusting a producer’s APH. Due to the complex nature of this revision, the new provisions added by section 11009 of the 2014 Farm Bill are provided here in their entirety (emphasis added):

Equally or more important is the revision contained in section 11009 of the Farm Bill that includes this new exclusion in the existing requirement that FCIC adjust the premium of any producer electing to revise APH. This required adjustment in premium must “reflect the risk associated with the adjustment made in the actual production history of the producer.” (7 U.S.C. 1508(g)(4)(D)) (emphasis added). The statute requires FCIC to “fix adequate premiums for all plans of insurance . . . at such rates as the Board determines are actuarially sufficient to attain an expected loss ratio of not greater than . . . 1.0.” (7 U.S.C. 1508(d)(1)). Generally, this requirement is understood as requiring FCIC to run the crop insurance program on an actuarially sound basis such that for every dollar paid out in indemnities for losses, the FCIC takes in a dollar in premium (including the government-paid premium assistance and a reasonable reserve to cover losses).

Notably, Section 11009 was not contained in either version of the 2014 Farm Bill as debated and passed in the House and Senate. Instead, the provision was added during conference negotiations. USDA noted in the hearing that it hadn’t anticipated this change and was surprised by its inclusion. Both the legislative history and USDA comments suggest that this provision was a late revision with minimal opportunity for feedback from, and analysis by, those within the crop insurance program.

Revising the calculation of APH raises significant questions about the impact it will have both on the rating for, and premium paid by producers who exclude yields, as well as the crop insurance system as a whole. In essence, the idea is to exclude the consequences of a really bad outcome on the producer’s APH in cases when the area in which the producer insures is also subject to worse than typical yield outcomes. The argument advanced is that low area yields somehow signal that producer risks are not typical and should be excluded from the calculation of the producer’s APH. It has been cast by others as analogous to calculating the costs of car insurance, but allowing the option to exclude any collisions that were the result of winter weather when considering premiums as those are “not the driver’s fault.”

As an initial matter, one aspect that the Farm Bill amendment makes absolutely clear is that there is no discretion on the part of FCIC when it comes to the premium charged for any producer availing themselves of this exclusion: it must be adjusted to reflect the risk associated with the adjustment. In other words, if dropping a bad year from the APH changes the risk associated with insuring the producer, which it is presumed to do, then the producer must pay for that change in the premium. FCIC has no discretion on whether to make the adjustment to the producer’s premium. An important discretionary issue for FCIC will be how to make the adjustment and what premium to charge any producer making this election. It is also a question for FCIC as to how they will rate premiums charged to other producers in the county (and any contiguous county) where the option to exclude years is available. For example, is there a point where enough producers elect to exclude yields in a county that it impacts the premiums for all producers in that county, including those that do not elect to exclude yields?

While concerns have been raised that USDA is not moving fast enough to implement this change, a series of questions surrounding this provision highlights both the complexity of the change as well as the need for caution in its implementation. As a partial listing, the following are some initial questions that RMA would need to address during the implementation of this revision. 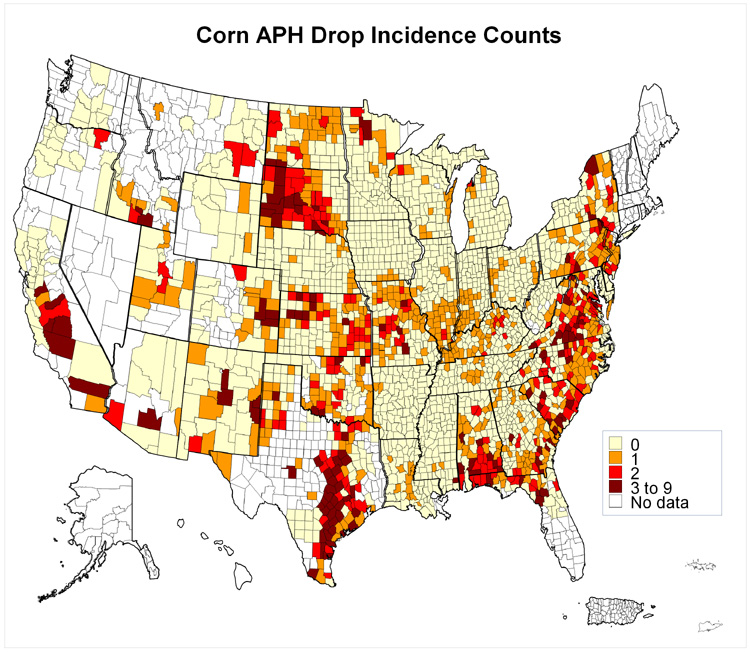 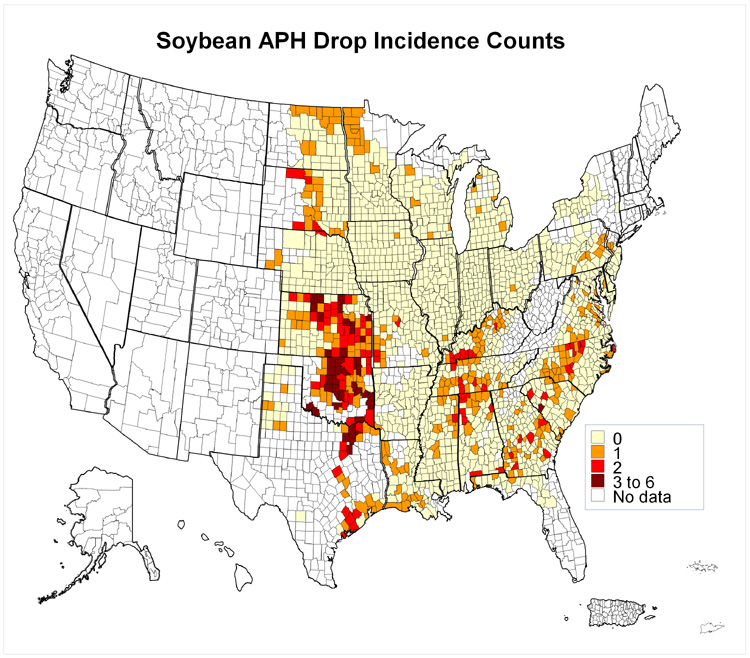 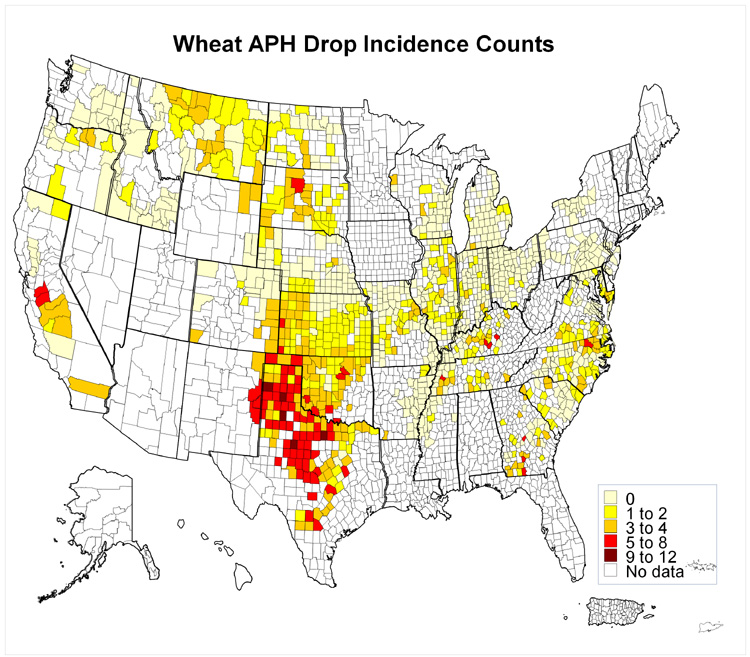 A final, fundamental question with this change is the impact it could have on producers across the country and the crop insurance system as a whole. It has been suggested that this should be an easy thing for RMA to implement, but the questions and issues raised above would seem to indicate that it is not at all straight forward, and could have important impacts back to the ratings system. In fact, this appears to be a very complicated change to some basic functions of crop insurance that would appear to require caution and care in its implementation.

The 2014 Farm Bill appears to make a substantial change to the crop insurance program through an amendment that permits farmers to elect to exclude yields from their APH if they are in a county (or contiguous to a county) where the county’s average yield is below 50 percent of the average county yields for the previous 10 consecutive crop years. The provision raises many questions about how it will operate and what impact it will have on producers who elect to drop a yield. It also raises questions about the impact this change could have on producers in the county where such an election can occur and for the actuarial soundness of the crop insurance system as a whole. These are not insignificant questions considering how many producers rely on crop insurance as the cornerstone of the farm safety net. At the very least, FCIC must adjust the premiums paid by producers making this election to reflect the increased risks associated with the change, but many other questions remain. Future articles will explore further some of the impacts this change might have as well as other issues raised by further analysis of the provision.