The National Agricultural Statistical Service (NASS) – an agency of the U.S. Department of Agriculture – released 2014 average rents per county on September 5, 2014. A number of counties do not have cash rents reported, likely because statistically reliable rents could not be obtained with survey responses. 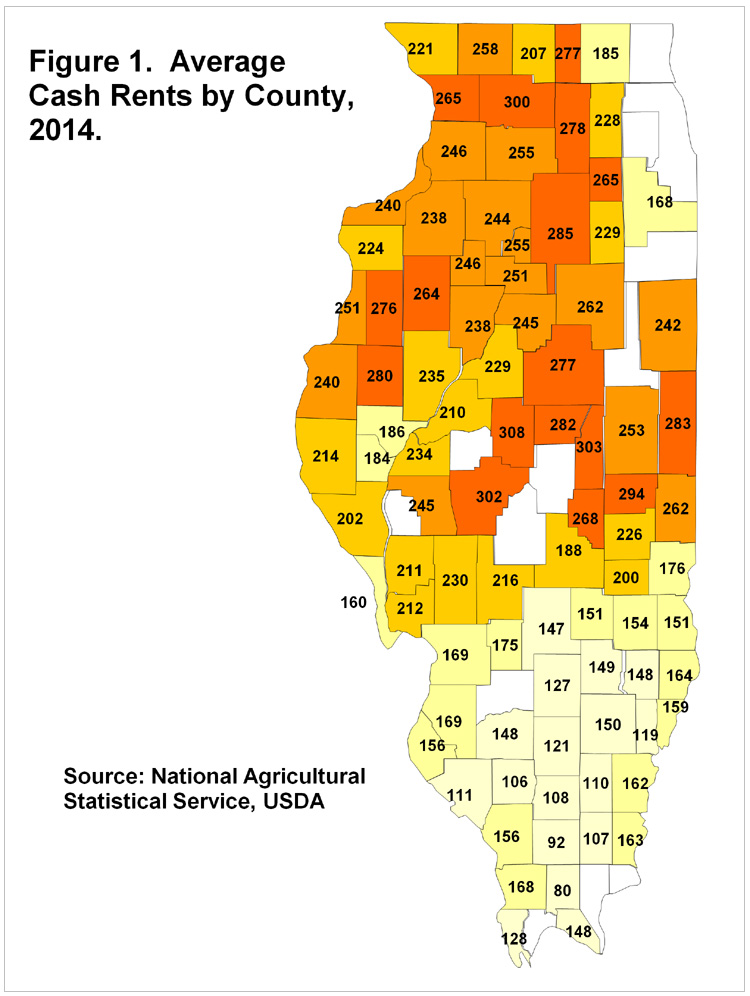 The Illinois Society of Professional Farm Managers and Rural Appraiser released results of its annual mid-year survey. This survey asked for 2014 and expected 2015 cash rents on professionally managed farmland. These rents, along with 2013 cash rents from a previous survey, are shown in Table 1. Average rent levels are shown for four classes of farmland productivity: 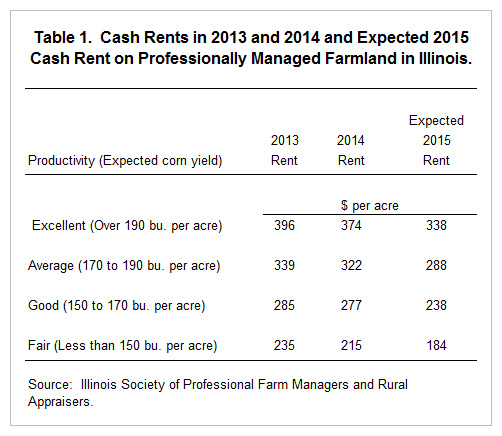 Decreases for professionally managed farmland stands in contrast to average cash rents, which increased from $224 per acre in 2013 to $234 per acre in 2014. Farm managers follow agricultural markets, likely much more closely than land owners without management. As a result, farm managers likely set rents closer to those suggested by market conditions. Cash rents on professionally managed farmland increased faster than average cash rents between 2006 and 2013, when returns rose as a result of higher prices. Now that prices have decreased from levels experienced during 2009 through 2013, farm managers are lowering cash rents. On farmland, not managed there may be considerably more lagged relationship between changes in returns and changes in rent levels.

Projections are for much lower returns in 2014 and 2015 return (farmdoc daily, July 8, 2014). Even with decreases in cash rents projected by the Illinois Society, farmer returns would be projected to decrease because returns have decreased more than cash rents.