This is a presentation summary from the 2014 Illinois Farm Economics Summit (IFES) which occurred December 15-19, 2014 at locations across Illinois. A complete collection of presentations including PowerPoint Slides (PPT), printable summaries (PDF) and interviews are available here.

Should Crop Insurance and Risk Management Decisions Change under the New Farm Bill?

Aside from Supplemental Coverage Option (SCO), farmers will have the same crop insurance products available in 2015 that were available in 2014. In 2014, most corn and soybean acres were insured using Revenue Protection (RP) policies at a fairly high levels. Making a similar choice in 2015 likely would be advisable, and if price levels persist, insurance is likely to look more affordable and higher coverage elections are likely advisable.

This session will discuss the relatively weak linkages between SCO and traditional crop insurance choices, and provide a sense of the price environments under which SCO and/or ARC make the greatest payments. Additionally, pressures on rental arrangements are likely to occur with some potential to tie payments to revenue including crop insurance revenue analogs. 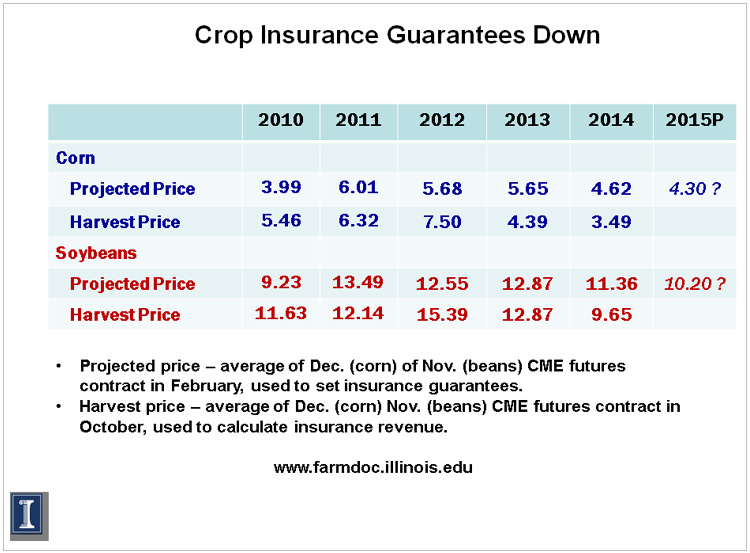