Futures prices were limit-down for 5 days in a row in mid-December 2014, the most limit-move days in a livestock contract since the BSE (mad cow) selloff in December 2003. Daily price limits in feeder cattle futures were increased from 3 cents per pound ($3/cwt) to 4½ cents per pound ($4.50/cwt), with provisions for additional expansions if needed; complete details are presented here.

For the 22 trading days in December 2014, the January 2015 feeder cattle futures contract had 10 days with price moves up or down of 3 cents per pound or more. And on the first trading day of January 2015, prices closed limit-up at the new 4½ cent daily limit, starting out the New Year with a bang (Figure 1). In contrast, February 2015 live cattle futures have had just 2 limit days (both down) since December 1, and February 2015 hog futures have had none. 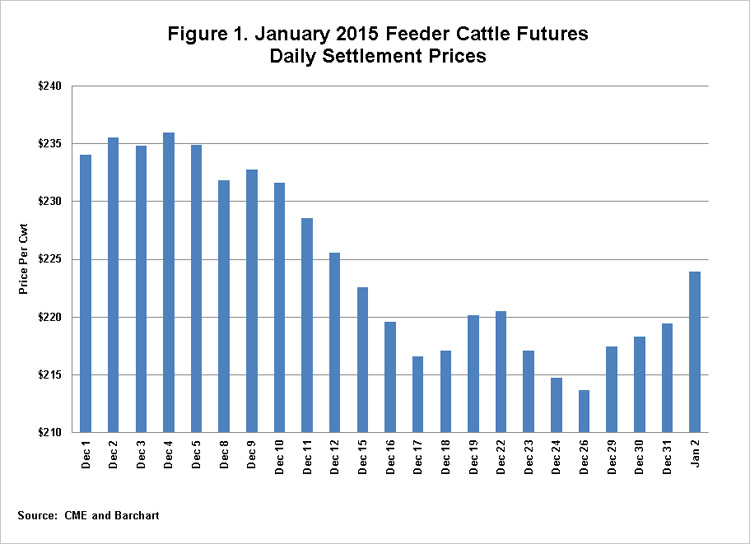 With this in mind, let’s look at what has been happening to fed cattle and corn prices. Fed cattle prices climbed to record levels in 2014 (Figure 2), due to tight supplies of beef and strong demand from domestic and overseas consumers. However, beef prices stalled at the beginning of December (Figure 3), leading to the downturn in fed cattle prices shown by the red arrow in Figure 2, and the selloff in feeder cattle futures in Figure 1. 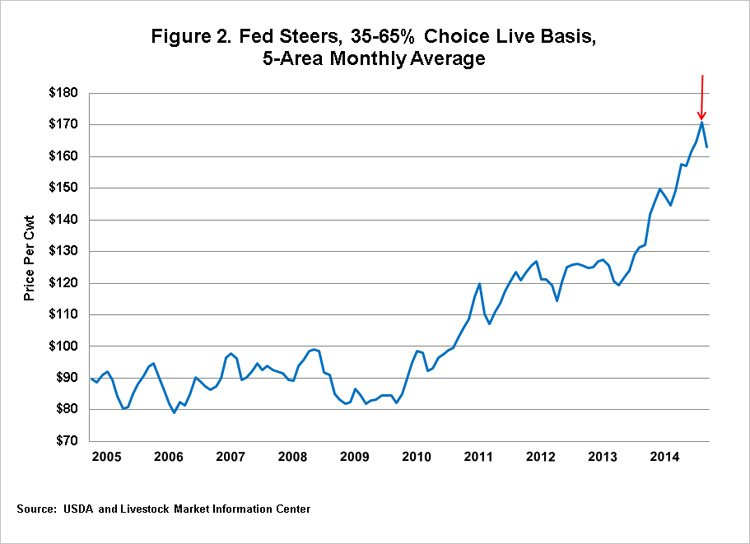 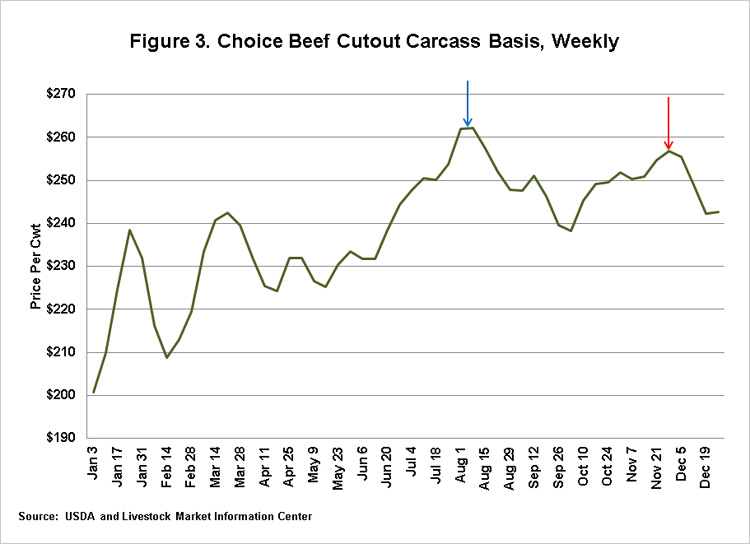 Feeder cattle futures have since recovered about one-half of the mid-December losses, and the question on many minds is, “Where do we go from here?” The events of the past month are a useful lesson to buyers and sellers of feeder cattle. While it’s tempting to watch just fed cattle prices or just corn prices, it’s important to keep an eye on both markets – or better yet, on gross feeding margins – to gauge the future direction of feeder cattle prices.

Peterson, P. "Cattle at the Crossroads." farmdoc daily (4):175, Department of Agricultural and Consumer Economics, University of Illinois at Urbana-Champaign, September 12, 2014.