Commodity program and crop insurance payments are a lower percentage of crop revenue since 2006 as compared to 2000 through 2005. This lower percentage holds two implications. First, crop revenue has become more important as a revenue source. The second relates to a popular benchmark of appropriate cash rents. This measure is “cash rent as a percent of crop revenue” and likely needs to be adjusted downward.

Bars in Figure 1 show gross revenue for corn grown in central Illinois on high-productivity farmland. These revenues are averaged over many grain farmers enrolled in Farm Business Farm Management and include three sources or revenue: 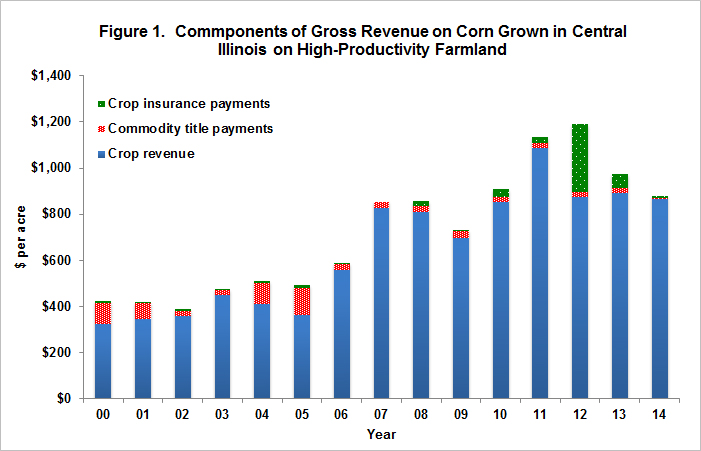 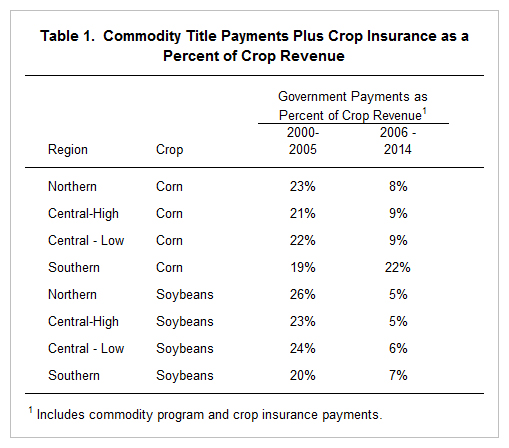 These percentage reduction in commodity program and crop insurance payments hold two implications for farmers and land owners. First, crop revenue has become an increasing proportion of total revenue. The risk-mitigating impacts of government programs are important, as is illustrated by crop insurance payments in 2012. Still, a higher proportion of revenue is coming from crop revenue, increasing the importance of changes in revenue from year to year.