The Average Crop Revenue Program (ACRE) was the first commodity revenue program authorized by a farm bill (2008 farm bill). The 2014 farm bill redesigned ACRE into the Agriculture Risk Coverage program (ARC). Since participation in ACRE was limited, this article assesses potential payments that ACRE would have made if all program acres had been in it. The analysis uses 2009-2013 crop year parameters announced for ACRE by FSA (Farm Service Agency). ACRE is briefly compared with ARC in the next section. Potential payments are discussed for the program as a whole and by individual crop and state, as well as compared with actual payments and foregone direct payments. Summary observations are then drawn.

Potential payments by ACRE for a crop-state-year combination were estimated using planted acres, FSA’s announced payment rates, and ACRE’s payment factor of 83.5% or 85%, depending on the year. ACRE’s individual farm loss requirement was incorporated using Zulauf, Schnitkey and Langemeier’s estimate that this provision reduced payments by 10%. Several estimation issues exist. Potential payments were underestimated because FSA did not provide payment rates for some crop-state-year combinations, usually when no farm elected ACRE, or because data were not available for planted acres or by irrigated / non-irrigated acres from the National Agricultural Statistical Service QuickStats website. In contrast, ACRE potential payments were overestimated because of the lack of farm level data. This constraint precluded incorporating the limits on payments to a payment entity and the base acre cap on a FSA farm’s ACRE payment acres. Net impact of these estimation issues on potential ACRE payments is not clear, but should be kept in mind when assessing the results. The sources for various FSA data used in this article are included in the references.

Estimated potential payments by ACRE for the 2009-2013 crop years total $7.95 billion (see Figure 1). Potential payments were highest in 2013, followed by 2009 and 2012. A major U.S. drought occurred in 2012. In contrast, 2009 and 2013 for most program crops and states were characterized by yields higher than the Olympic average of state yield for the 5 prior crop years and by prices lower than the U.S. price for the 2 prior crop years. 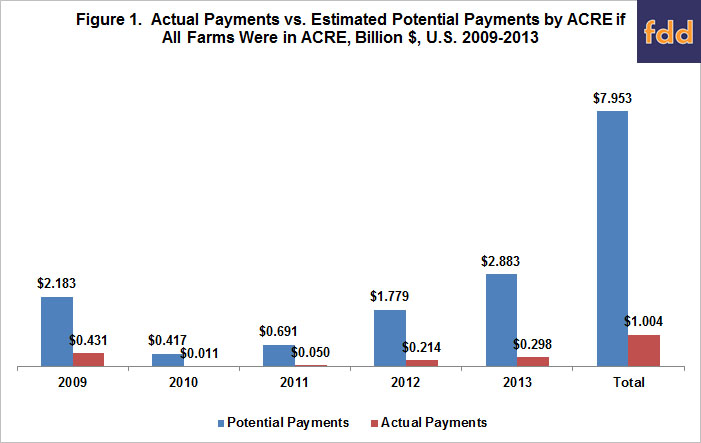 Prior to ACRE, farm bill commodity programs were based on price. To gain insights into revenue programs, potential payments were calculated if ACRE had been implemented as a price program. Specifically, payments were estimated as (state benchmark yield times the difference, if positive, between average U.S. price for the 2 prior crop years minus U.S. crop year price). Potential price-only payments were estimated to be $6.20 billion, implying that enacting ACRE as a revenue instead of price program increased payments by $1.75 billion or 28%. 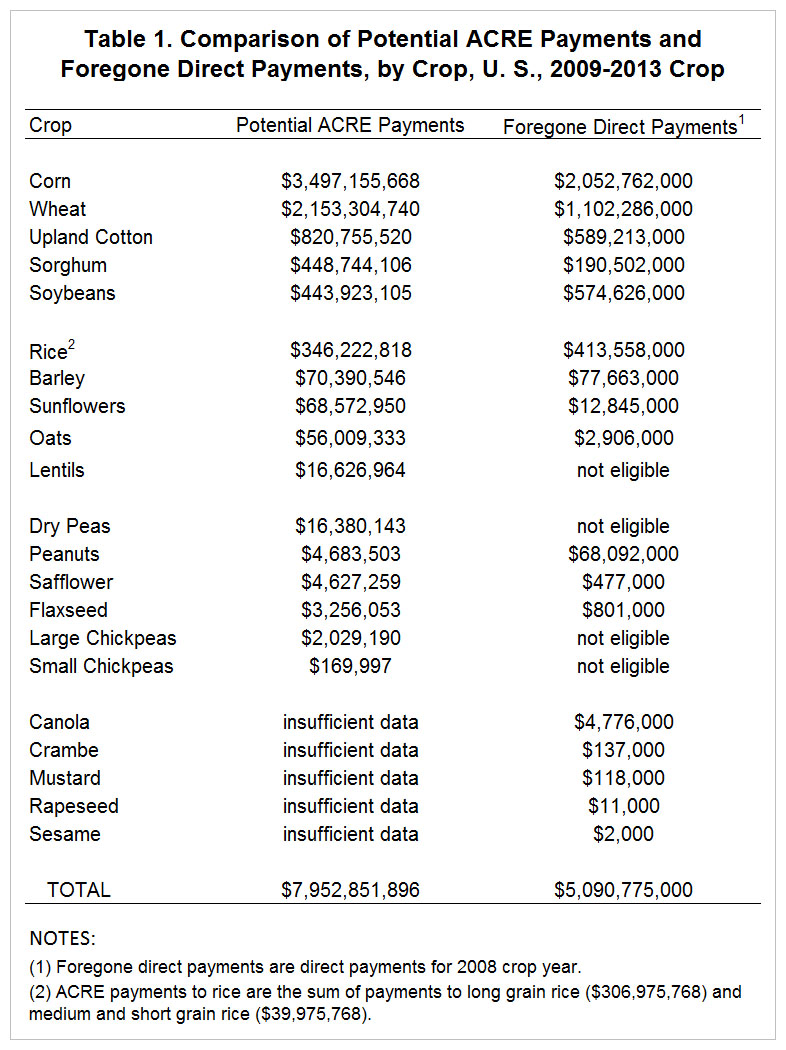 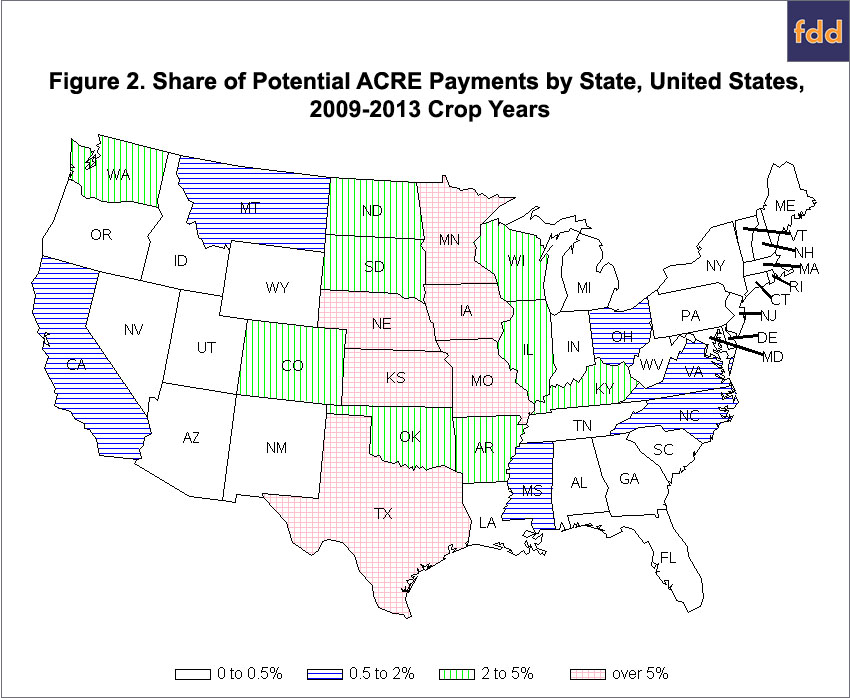 Edwards, W. M. 2011. "Why Was ACRE a No-Go with Iowa Farmers?" Choices: The Magazine of Food, Farm, and Resource Issues. 26(4th Quarter). http://www.choicesmagazine.org/choices-magazine