This article presents 2015 national payment indicators for ARC-CO and PLC for barley, corn, oats, long grain rice, peanuts, sorghum, soybeans, and wheat. Except for peanuts, the estimates are based on prices and yields in the October 9, 2015 World Agricultural Supply and Demand Estimates (WASDE). The term, payment indicator, is used because notable uncertainty surrounds 2015 prices and yields. U.S. yields are used; thus, the indicators are not estimates of individual FSA farm payments. Nevertheless, they provide an early perspective on 2015 program payments. Crop year 2015 payments will not be made until after October 1, 2016. The payment indicators do not include the 6.8% sequestration cut that have been announced for 2014 and 2015 farm program payments.

ARC-CO makes a payment if county revenue is below 86% of the county’s benchmark revenue. Benchmark revenue is obtained by multiplying 5-year Olympic moving averages (removes high and low values) of county yield and U.S. crop year price. ARC-CO payments are capped at 10% of the benchmark revenue. PLC makes payments when U.S. crop year average price is less than the crop’s reference price. The reference price was specified by Congress in the 2014 farm bill. The payment indicators reflect that ARC-CO and PLC make payments on 85%, not 100%, of program base acres. 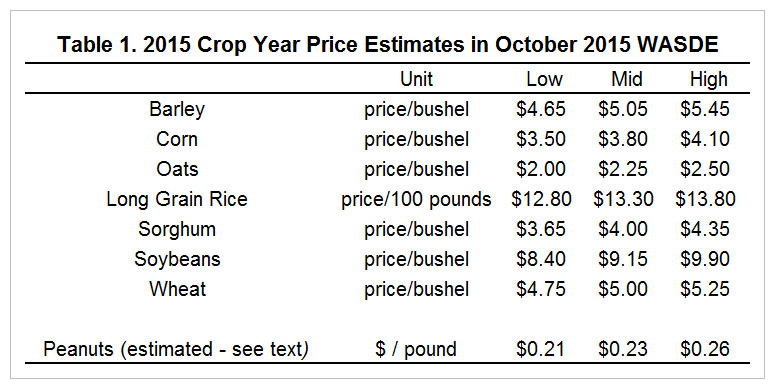 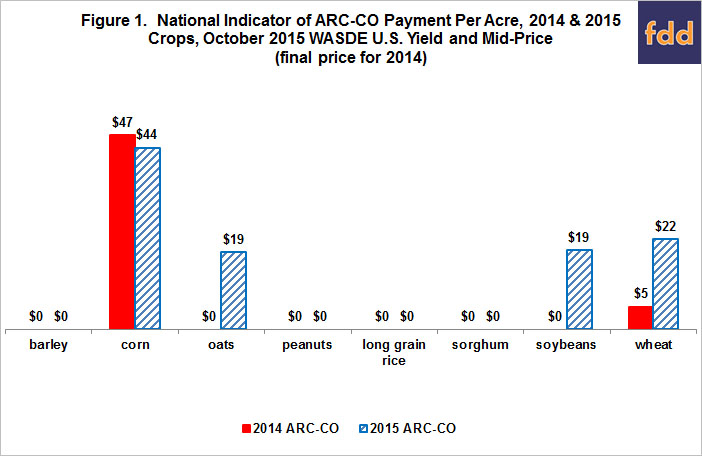 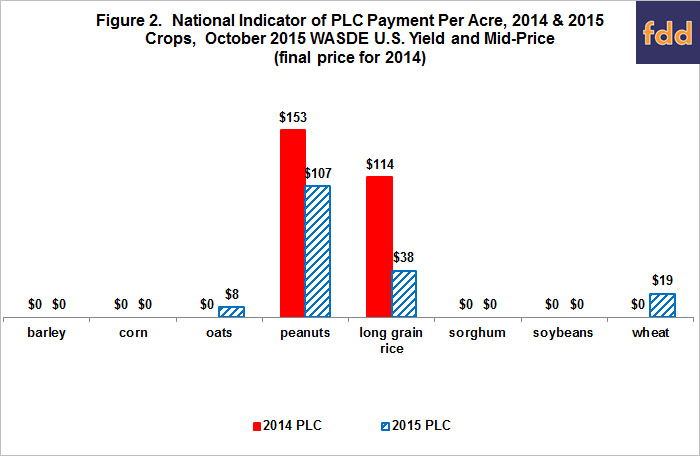 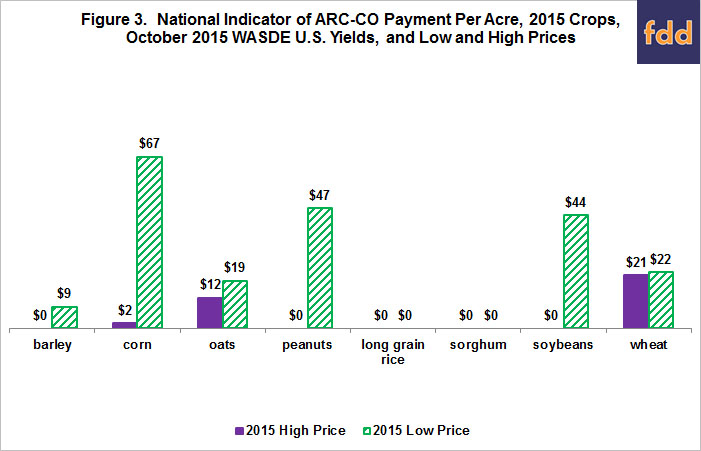 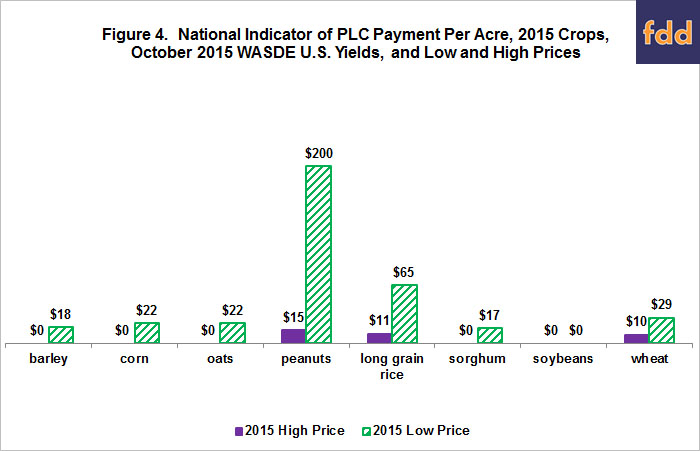 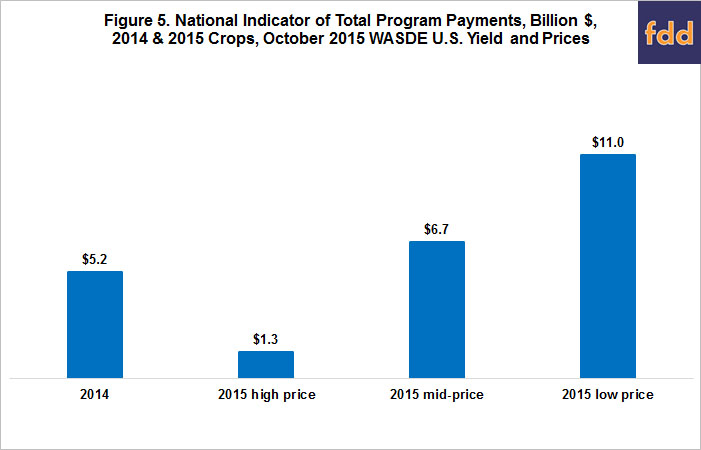 Reminder: farmers and landowners, please take time to fill out the brief online survey to provide feedback about the farm program elections, the web-based decision tools and the election process at FSA. Your participation in this study is voluntary and completely confidential; any data collected will be averaged and reported in aggregate only. Individual information and responses will not be made public. To participate in the study, please click here or copy and paste http://go.illinois.edu/2014farmbillsurvey into your internet browser.