Working capital will be reduced on many Midwest farms in 2015. In this article, per acre reductions of working capital are quantified for owned, cash rented, and share rented farmland. A repeat of a year like 2015 in 2016 could see many farms back approaching a working capital situation similar to the period from 1996 to 2006, the period immediately prior to the period of higher incomes from 2006 to 2012. 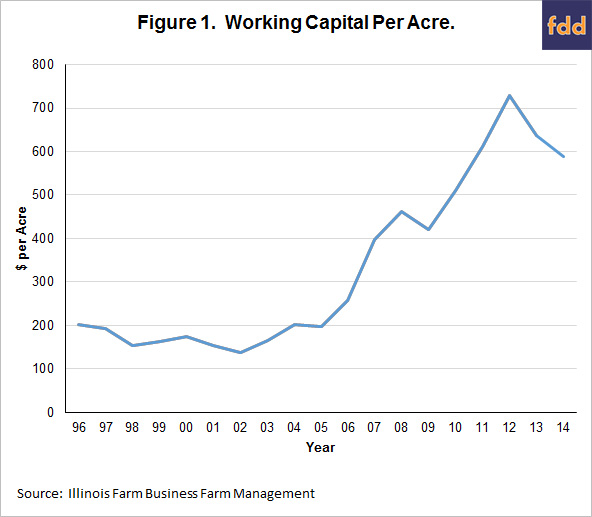 Many farms still have higher financial reserves at the end of 2014 as compared to the period between 1996 and 2006. However, the total reserve does not equal to the current level minus the $179 average from 1996 to 2006. More working capital is needed now because of higher costs. Since costs have roughly doubled, working capital in the $350 to $400 per acre range now would be equivalent to the $179 per acre level from 1996 to 2006.

The values in Figure 1 are averages. These is considerable variability in working capital across farms. Therefore, the levels represented in Figure 1 may not be indicative of a particular farm. For example, younger farmers tend to have less working capital than older farmers. Also, farms that cash rent more of their farmland typically have lower levels of working capital. 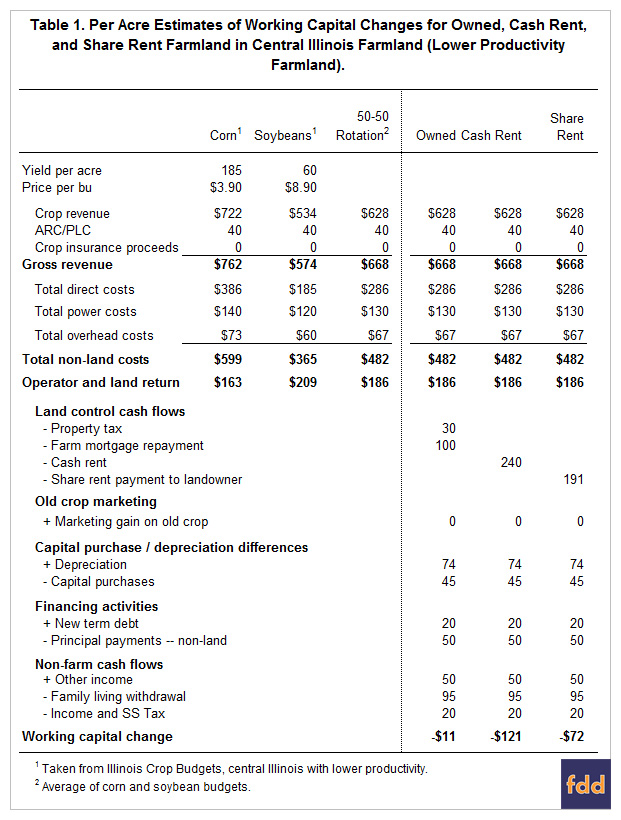