On February 18th, the National Ag Statistics Service (NASS) released county yield data for the 2015 crop year. This post uses the NASS county yields and current MYA price projections from the USDA to estimate 2015 payments for the Ag Risk Coverage county level program (ARC-CO). Note that the final yields and prices used to determine actual payment levels will differ from the values these payment estimates are based upon. The final MYA price for corn and soybeans will not be known until the marketing year ends in August, and the final yields FSA will use to determine ARC-CO payments will likely not be released until September. See the farmdoc daily article from December 1, 2015 for a more detailed discussion and comparison of NASS county yields and FSA county yields used for the ARC-CO program. 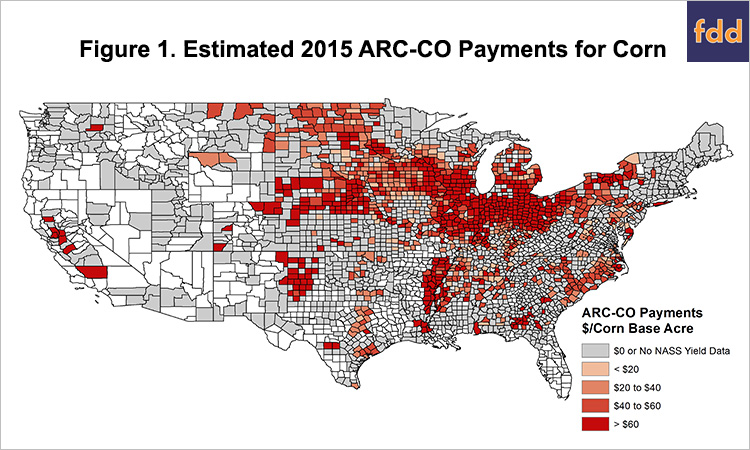 Figure 2 shows estimated 2015 ARC-CO payments on soybean base acres. Again, NASS reported a county yield for only a portion of the counties with the ARC-CO program for soybeans. ARC-CO payments are estimated to be triggered on over 60% of counties with a NASS soybean yield reported, with more than 30% of counties triggering the maximum payment on soybean base acres. 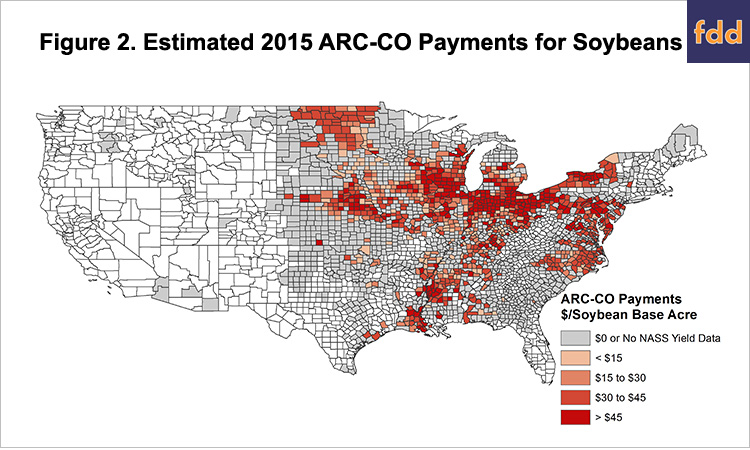 In Illinois the average estimated ARC-CO payment on corn base is over $65 per base acre. County level payment estimates for Illinois are illustrated in Figure 3. Payments would be triggered in over 90% of Illinois counties, and the maximum payment would be triggered for corn in roughly 2/3 of Illinois counties. Only three counties with a corn yield reported by NASS in Illinois for 2015 would not receive a payment at the current price projection of $3.60. These counties, shown in white in Figure 3, are Monroe, Piatt, and Pope. NASS reported county yield averages well above the benchmark yield levels in all three of these counties.

The average estimated ARC-CO payment on soybean base in Illinois is just over $28 per base acre. Payments would be triggered in more than 70% of Illinois counties, with more than 15% of counties triggering the maximum payment. A handful of counties, located mainly in southern and east central Illinois, had reported NASS yields which were high enough to result in a zero ARC-CO payment estimate on soybean base.

Increasing the projected MYA price for soybeans to the higher end of the WASDE range ($9.55) lowers the average ARC-CO payment estimate to $6.60 per base acre with less than 40% of counties triggering a payment, and no counties triggering the maximum payment on soybean base acres. 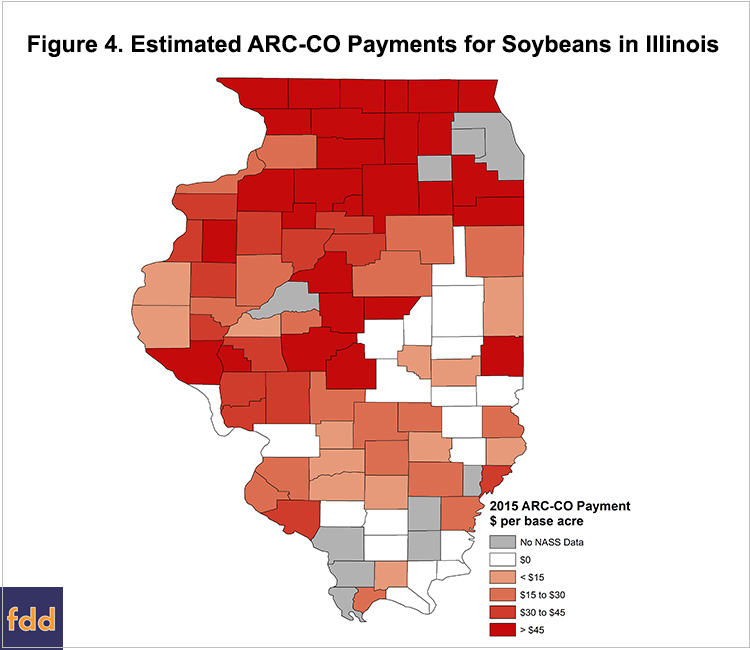 2015 ARC-CO payments are only provided as estimates at this time. The final yields used in calculating payments can differ from the yields released by NASS, and will also cover additional counties in the US. The final MYA price levels for corn and soybeans will not be known with certainty until the marketing year ends in August. However, where NASS yields are available, estimates for the 2015 ARC-CO payment levels can be helpful for planning purposes.