Monthly fed cattle net returns have been negative since December 2014. A few months ago, it appeared that we would climb above breakeven this spring. However, that was before the recent drop in fed cattle prices. Using data from the Livestock Marketing Information Center (www.lmic.info), fed cattle prices in Kansas dropped from $135.93 per cwt. for the week ending on March 27 to $123.84 per cwt. for the week ending May 1. What has this done to the prospects for breaking even in the near term? This article discusses trends in feeding cost of gain and net returns for steers finished in Kansas, and the relationship between projected fed cattle prices and breakeven prices for upcoming months.

Several data sources were used to compute net returns. Average daily gain, feed conversion, days on feed, in weight, out weight, and feeding cost of gain were obtained from monthly issues of the Focus on Feedlots newsletter (here). Futures prices for corn and seasonal feed conversion rates were used to project feeding cost of gain for the next several months. Net returns were computed using feeding cost of gain from monthly issues of the Focus on Feedlots newsletter, fed cattle prices and feeder cattle prices reported by the Livestock Marketing Information Center (LMIC), and interest rates from the Federal Reserve Bank of Kansas City. 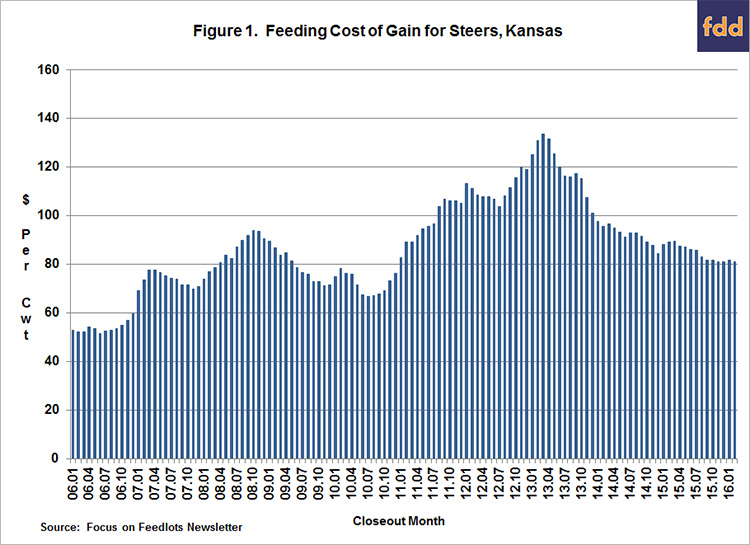 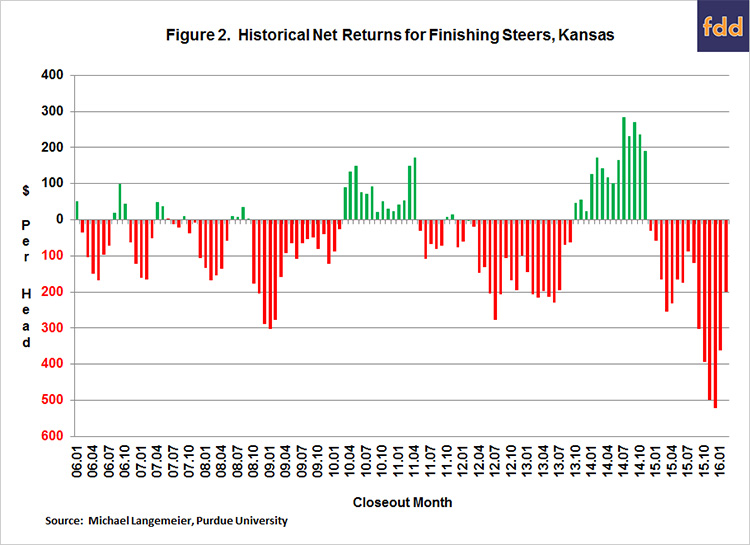 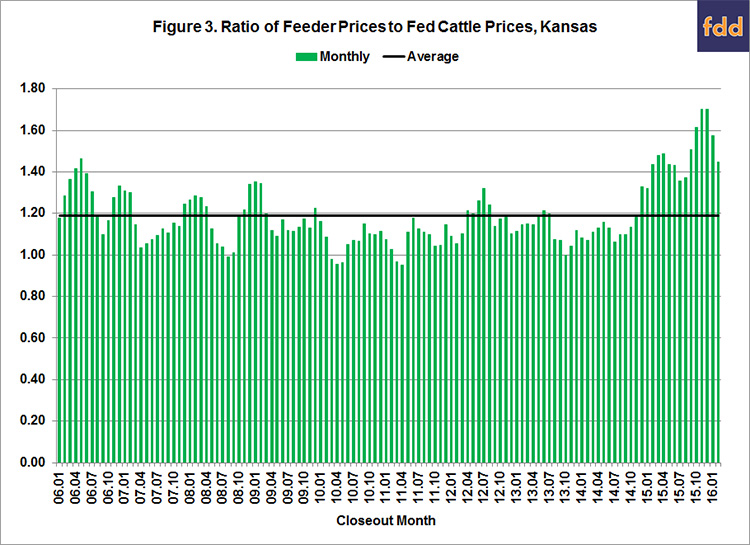 Now let’s take a look at what has occurred so far this year, and make some projections for the rest of the year. Losses in January and February were $362 and $198 per head, respectively. For March and April, losses per head are estimated to be $135 and $105. Fed cattle prices and breakeven prices are illustrated in figure 4. Breakeven prices for May and June are expected to range from $125 to $127 per cwt. These breakeven prices are below the current projected fed cattle prices from LMIC for the second quarter ($130 to $132 per cwt.). Breakeven prices for the third and fourth quarter of 2016 are expected to range from $123 to $127 and $122 to $125, respectively. Are these breakeven prices low enough for cattle finishers to earn a positive return? The answer depends on two factors: feeder prices and fed cattle prices. If cattle finishers are cautious when buying feeders during the next few months and current price projections are realized (both big ifs), cattle finishers will either be close to breakeven or earn small net returns. 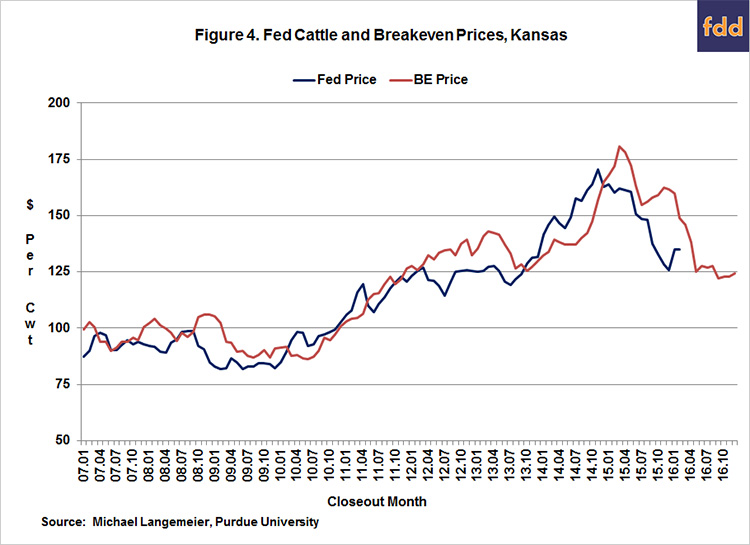 This article discussed recent trends in feeding cost of gain and cattle finishing net returns. Losses have declined from the levels experienced in late 2015. Moreover, given current price projections, it appears that we will be close to breakeven in May and June of this year. Breakeven prices for the last two quarters of 2016 are currently slightly below current price projections.