This year’s projected prices for crop insurance are $3.96 per bushel for corn and $10.19 per bushel for soybeans, giving a soybean-to-corn price ratio of 2.57. The 2.57 ratio is high compared to similar ratios in previous years, indicating that soybeans are projected to have higher returns than corn. However, the soybean-to-corn price ratio calculated based on projected prices are not that predictive of the price ratio during the harvest period, suggesting price protection should be taken if switching acres to soybeans. 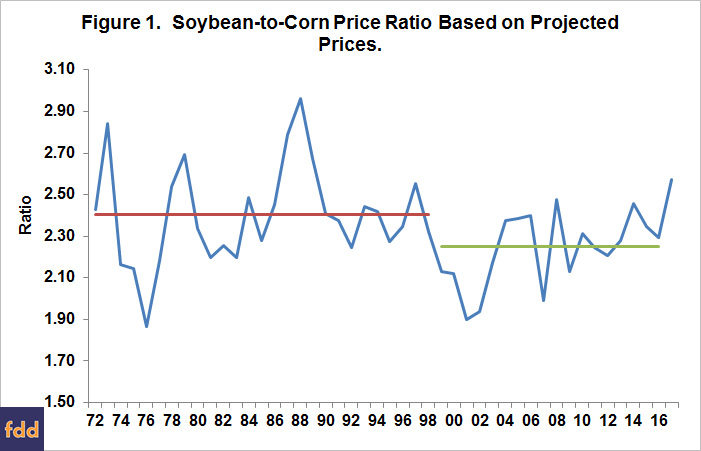 Overall, projected prices in 2017 point to soybeans being relatively more profitable than corn than has been the case in recent years. 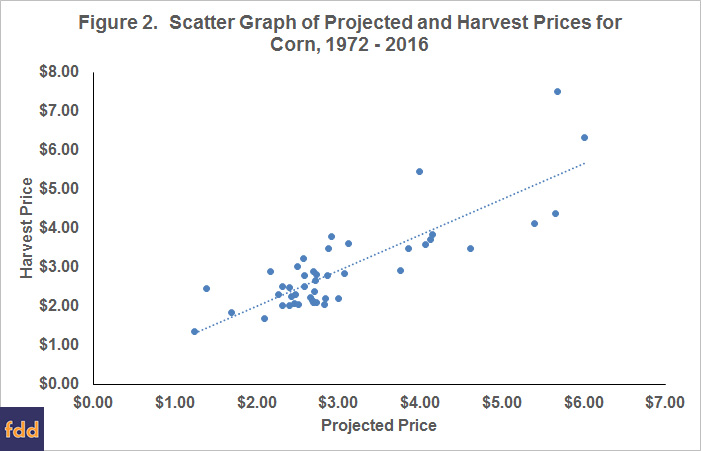 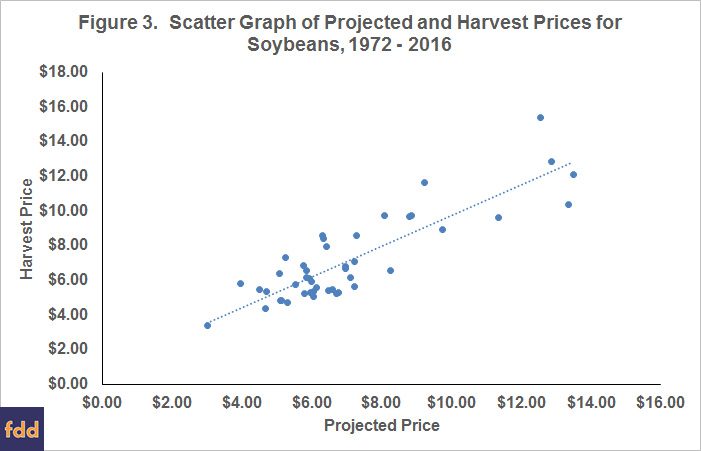 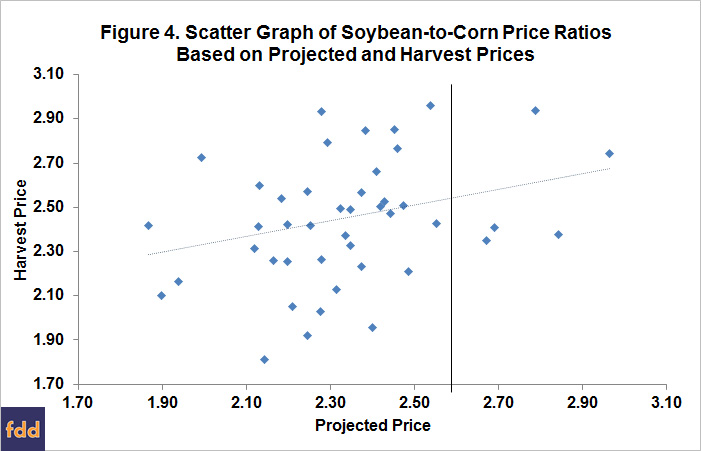 For a variety of reasons, price ratios are much harder to predict than overall price levels. Market reactions, planting intentions, and differences in yield responses impact price ratios. This, in turn, will impact the relative profitability of corn and soybeans.

The high 2017 soybean-to-corn price ratio currently suggest that higher returns exist for soybeans than for corn. Historical analysis suggests that the high projected price ratio may not persist to harvest. Moreover, bid prices for 2017 fall delivery of soybeans have been at levels where planting soybeans would produce a profit if yields are at or above average. Farmers who are switching acres to soybeans may wish to price or otherwise protect against soybean price falls that could occur.