The two accompanying charts represent a snapshot of the value of machinery present on a group farms in an Illinois FBFM dataset at two different points in time (2005 and 2015). The influences on agriculture from the outside, such as finance, policy and economics are many in this time period. For example, the ethanol mandate was in its infancy in 2005. The changes in the design of machinery and the application of technology in that design are manifold making machinery more efficient. The size of Illinois FBFM farms increased from an average of 977 acres to an average of 1131 acres from 2005 to 2015. Crop returns of $997 per acre were at a record high (2012) in this interval while 2005 crop returns were $407 per acre and 2015 crop returns were $670 per acre. 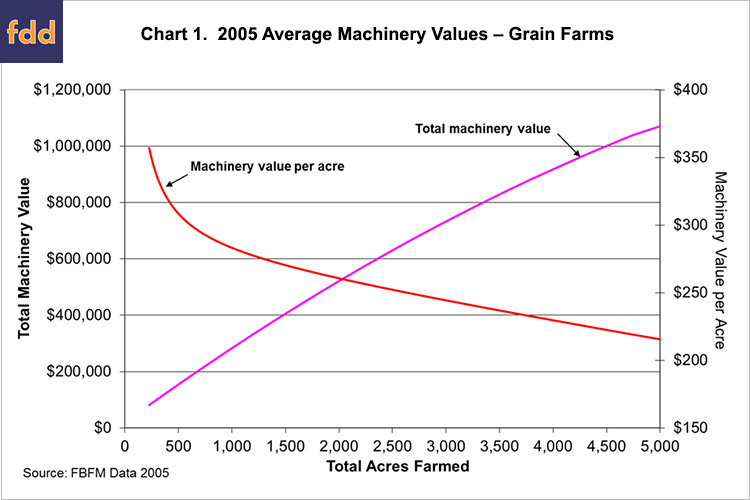 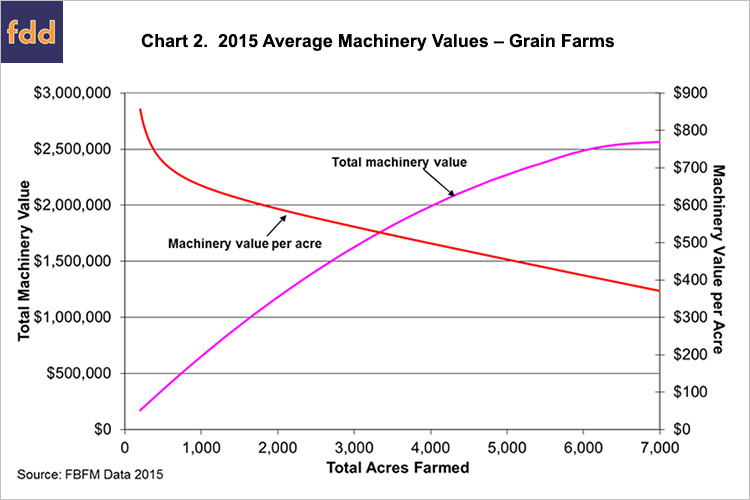 The two charts reveal the magnitude of the change in the value of machinery used to operate farms in Illinois that occurred between 2005 and 2015. This change is significant and makes very real the increasing amount of capital that is required and the associated financial risk.

The authors would like to acknowledge that data used in this study comes from the local Farm Business Farm Management (FBFM) Associations across the State of Illinois. Without their cooperation, information as comprehensive and accurate as this would not be available for educational purposes. FBFM, which consists of 5,700 plus farmers and 64 professional field staff, is a not-for-profit organization available to all farm operators in Illinois. FBFM staff provide counsel along with recordkeeping, farm financial management, business entity planning and income tax management. For more information, please contact the State FBFM Office located at the University of Illinois Department of Agricultural and Consumer Economics at 217.333.5511 or visit the FBFM website at www.fbfm.org.