The 2016 election cycle created a lot of confusion about the importance and benefits of trade in general. In particular, a good bit of the election year rhetoric focused on trade within the NAFTA trade bloc (U.S., Canada and Mexico). In a recent farmdoc daily article (April 28, 2017), Schnitkey, Baylis and Coppess highlighted the importance of trade with Canada and Mexico for U.S. corn and soybean farmers, focusing specifically on imports of corn and soybeans by those two countries. However, in addition to examining feed grain and oilseed trade, it’s important to examine meat trade as well.

Growth in trade of animal products has been quite dramatic over the last three decades and U.S. agricultural producers, those engaged in animal agriculture and those engaged in feed grain and oilseed production, have benefitted. In particular, U.S. crop producers have benefitted because the increase in U.S. meat exports has encouraged expansion of U.S. animal agriculture and thereby boosted demand for U.S. produced feed grains and oilseeds. 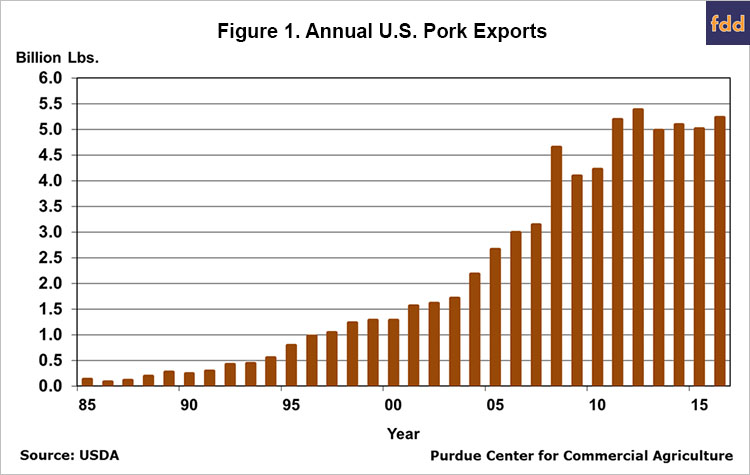 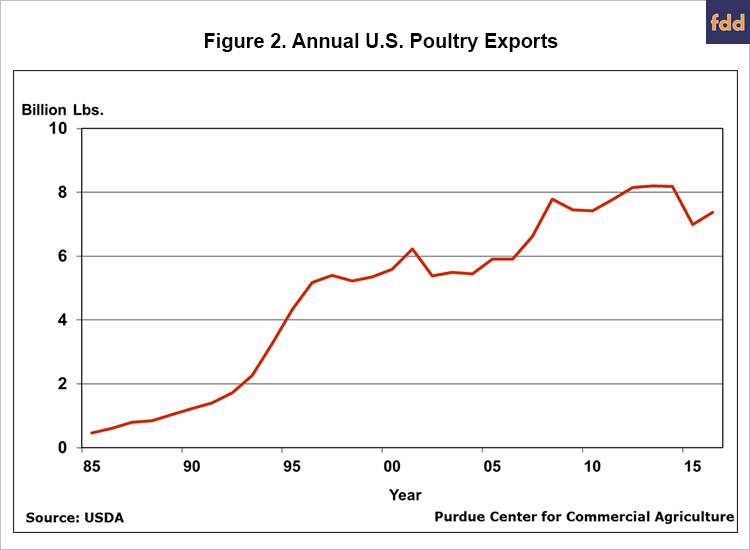 Trade benefits both importers and exporters. This cursory examination of recent U.S. meat trade patterns focused on exports alone, but that is not intended to downplay the value to consumers of increased product choices provided by imports. However, this review does make clear how important meat trade has become to U.S. animal agriculture producers and the potential impact a disruption in trade with NAFTA partners Canada and Mexico would have on the U.S. animal agriculture sector and, in turn, producers of feed grains and oilseeds.