The USDA defines a farm as “any place from which $1,000 or more of agricultural products were produced and sold, or normally would have been sold, during the year.” Additionally, the USDA defines net farm income as “the residual income leftover after all the factors of production are paid. It represents the returns for operator labor, management, and equity, as well as any other unpaid resources used for farm production instead of elsewhere.” Net farm income is derived using the formula: 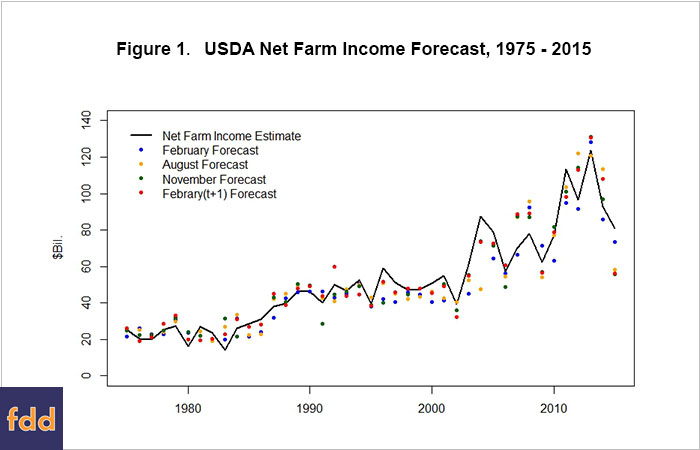 The USDA will release the first forecast revision for 2017 on August 30. With the additional information collected since the initial forecast, the revised forecast is expected to provide more accurate projection of 2017 net farm income. However, the forecast history suggests that the projections are likely to still be below the official estimates.