Since 2014, non-land costs of producing corn on high-productivity farmland in central Illinois declined from $617 per acre in 2014 to $569 per acre in 2017, a decrease of $48 per acre.  Three costs – fertilizer, drying, fuel and oil – contributed more than the $48 per acre to the total non-land cost decrease, meaning that other costs increased from 2014 to 2017. Levels of fertilizer, drying, and fuel costs are highly related to energy prices. Energy prices have been rising in recent months.  Rising energy prices could signal the end to declines in non-land production costs for corn.

Final costs for 2017 crop production are now available in a publication entitled Revenue and Costs for Corn, Soybeans, Wheat, and Double-Crop Soybeans which is available in the management section of farmdoc.   This document summarizes revenue and costs from farms enrolled in Illinois Farm Business Farm Management (FBFM).  Table 1 shows a table from that publication for corn grown in central Illinois on high-productivity farmland. 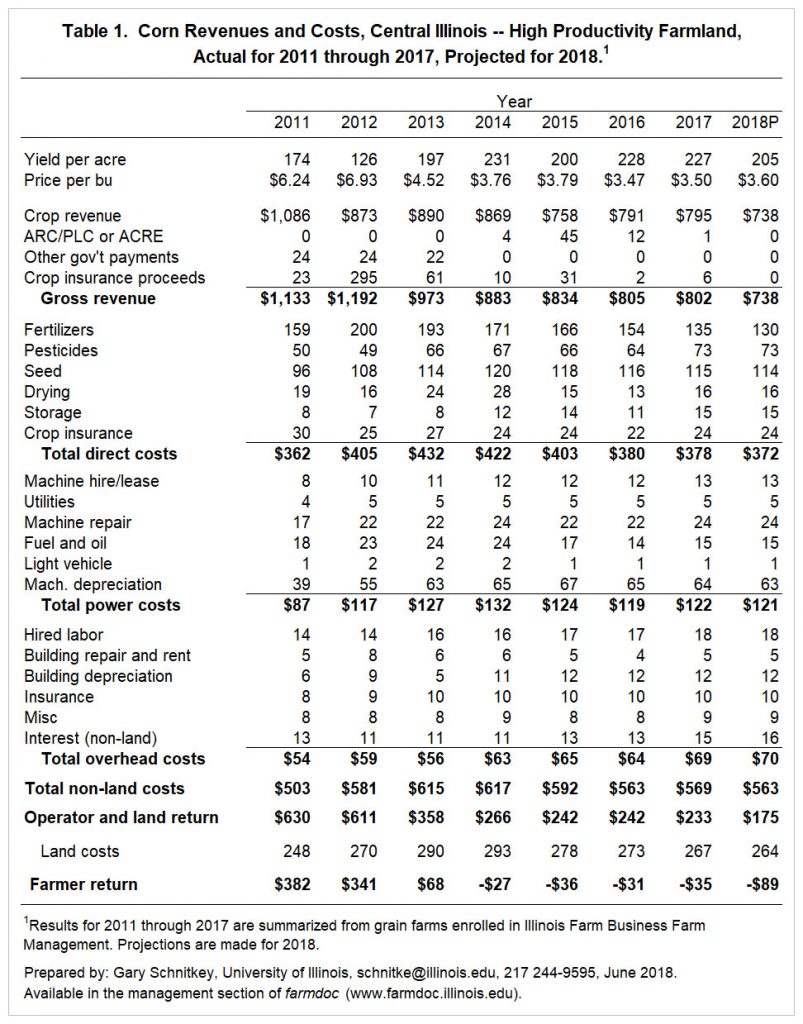 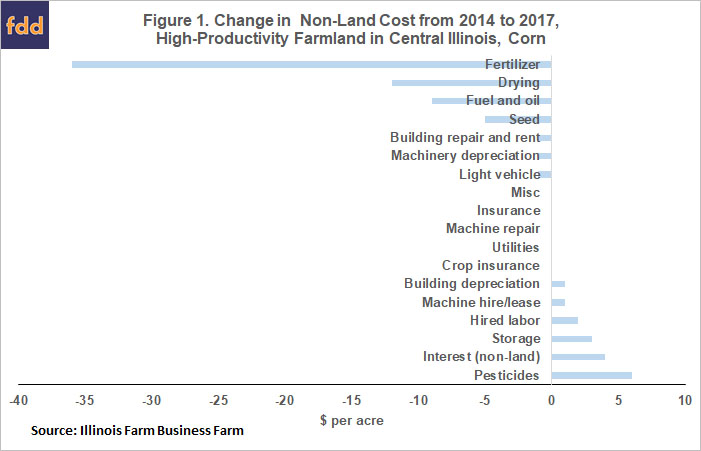 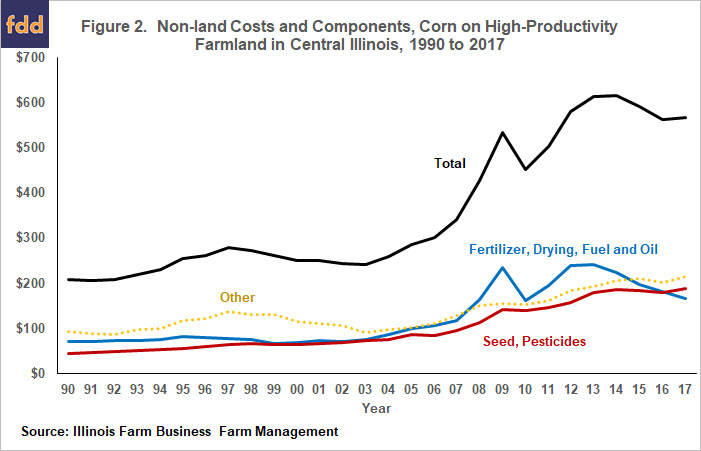 Energy prices now appear to be rising.  During the week from June 11 to June 18, crude oil prices were near $65 per acre (U.S. Energy Information Administration), above the high $40 to low $50 per barrel averages during 2015 to 2017, but still below the $94 per barrel average during 2014.  If historical patterns hold, higher energy prices will result in increasing energy-related costs.  At this point, declines in seed, pesticide, and other costs seem unlikely.  Rising energy prices could signal the end of decreasing non-land costs.

Schnitkey, G. “Revenue and Costs for Corn, Soybeans, Wheat, and Double-Crop Soybeans, Actual for 2011 through 2016, Projected 2017 and 2018.” Department of Agricultural and Consumer Economics, University of Illinois at Urbana-Champaign, February 2018.