Annual average constant maturity interest rate for the U.S. 10-year Treasury bond is examined in this article.  Inflation is measured as the year-over-year change in the Gross Domestic Product implicit price deflator.  The GDP deflator is the broadest measure of inflation for a country.  Source for both variables is the Federal Reserve Bank of St. Louis.  The analysis includes the last 30 years of complete data (1988-2017).  Also included are (1) the average daily value of the 10-year Treasury interest rate from January 1 through June 13, 2018 and (2) the annualized value of the increase in the GDP deflator from the last quarter of 2017 to the first quarter of 2018.

The annual average nominal 10-year Treasury constant maturity interest rate declined steadily from 1988 until 2012 (see Figure 1).  Since 2015, the year the Federal Reserve began to raise interest rates; it has increased from 2.14% to 2.84% so far in 2018.  Its total increase of 0.70 percentage points compares with a 1.75 percentage point total increase in the Federal funds rate. 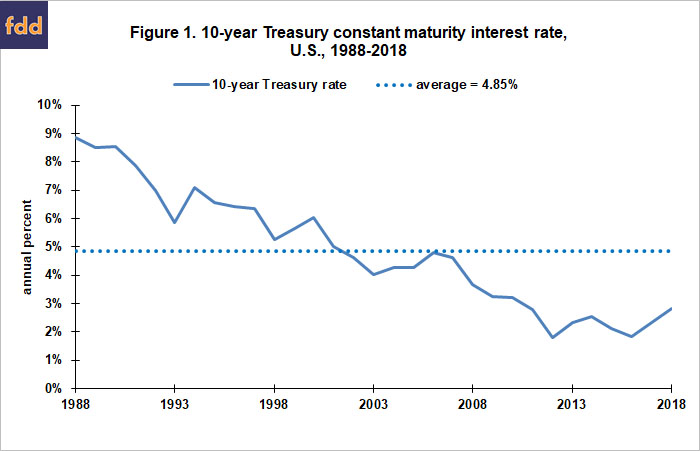 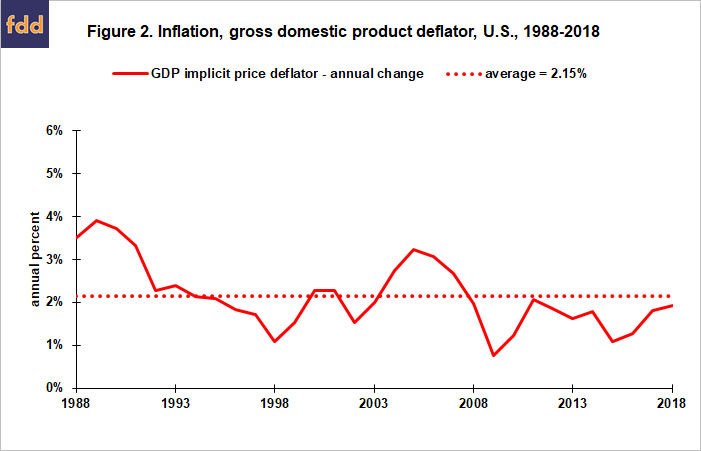 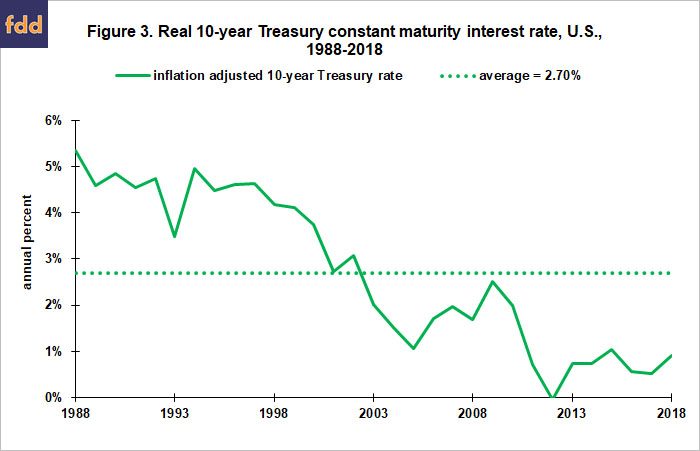