The last month has produced a lot of news on the trade front, much of which has implications for US farmers and their markets.  All of the largest and most important trade relationships for the US are in flux.  This article provides a brief summary of where things stand.

On Monday, August 27, 2018, the U.S. government announced that trade talks had moved forward with our third largest trading partner, Mexico.  President Trump announced that the United States and Mexico had reached a bilateral trade agreement that revises key portions of the North American Free Trade Agreement (NAFTA) (Swanson, Rogers and Rappeport, Aug. 27, 2018).  Robert Lighthizer, the United States Trade Representative, expected the deal would conclude on August 31st.  Key changes involved increasing the North American content required for automobiles to be sold tariff-free, with a clause that 40-45% of the value of a car be built be labor earning at least $16 per hour.  Another substantial change is that the new agreement is only in place for 16 years, with a decision to extend it required every six years (Reuters, Aug. 27, 2018). Notably, any changes to NAFTA will require congressional approval on a short timeline with a busy legislative calendar.

Canada, our second largest trading partner and the third member of NAFTA, resumed talks with the US today.  The US states that Canada has until Friday to sign on, or be excluded from the revised NAFTA.  One area of specific concern to Canada is the removal of Chapter 19, which allowed NAFTA countries to settle antidumping disputes (Reuters, Aug. 27, 2018), while the US is arguing for increased access to the Canadian dairy market.  It is currently unclear is whether an agreement will be reached or how failure to include Canada would affect trade and the changes for a revised NAFTA to be approved in Congress (Swanson and Rappeport, Aug 29, 2018).

Meanwhile, the trade conflict with our largest trade partner ramped up last week.  With trade talks ongoing, on Thursday, August 23rd, the U.S. increased tariffs by 25 percent on $16 billion worth of Chinese imports (BBC News, Aug. 23, 2018).  China immediately matched with a 25 percent charge on $16 billion worth of U.S. goods including vehicles, fuels, coals, and recyclables.

The Trump administration has proposed a further round of 25% tariff on $200 billion in products from China (Borak, Aug. 2, 2018). If this goes through, more than half of the total $500 billion Chinese imports will be subject to tariffs. In response, China threatened retaliatory duties on $60 billion worth of goods including coffee, honey, and industrial chemicals (Bradsher and Li, Aug. 3, 2018). Liu Kun, China’s Finance Minister, said China would continue to respond “resolutely” at the trade measures in an interview with Reuters (Woo, Shen and Chen, Aug. 24 2018 ).

Escalation of the trade conflict between the world’s two largest economies is cause for concern and there appears to be no foreseeable end in sight (farmdoc daily, August 16, 2018).  For example, we can observe a close relationship between the tariff conflict and rapid drops in corn and soybean prices this year (farmdoc daily, July 31, 2018).   Research and experience suggest that the longer tariffs remain in place, the more likely our trading partners will find other suppliers for their agricultural imports (farmdoc daily, January 18, 2018).

As these US trade uncertainties continue, important US trading partners are not standing still.  Last month (July 17th), the European Union signed the world’s largest trade agreement with the US’ fourth largest trading partner, Japan (Gale and Peker, July 17, 2018). The deal is expected to reduce around $1 billion in tariffs for European companies every year. For Japanese exporters, around $2 billion of reduction in tariffs annually. The Japan-EU deal eliminates most bilateral tariffs, creating more favorable terms for Japanese cars sold in the EU, and European wine and dairy products sold in Japan. This deal sends a strong signal in support of global free-trade amongst the heated trade wars between China and the U.S.

The EU-Japan trade deal follows EU’s trade agreement ratified with Canada (CETA) in 2017, and with Mexico in April of this year (Blenkinsop, April 21, 2018).  The EU-Canada trade agreement is meant to eliminate 98% of existing tariff lines, while the EU-Mexico deal aims to make all trade in goods duty-free, including in the agricultural sector. EU also restarted long-stalled talks with Latin America’s biggest trading bloc—Mercosur, including Argentina, Brazil, Paraguay, and Uruguay (Blenkinsop, July 19, 2018). In May, the EU initiated official talks with Australia and New Zealand in its latest push to expand global trade links (Brunsden, May 22, 2018). On June 25th, the EU and China held the 7th annual EU-China High-level Economic and Trade Dialogue in Beijing seeking progress in the economic and trade field (European Commission Press release, June 25, 2018).

Finally, the Comprehensive and Progressive Agreement for Trans-Pacific Partnership (CPTPP) is scheduled to go into effect in early 2019. The CPTPP is one of the largest multilateral FTAs, dominating 13.5 percent of global GDP (Capri, Nov. 15, 2017). The CPTPP is estimated to bring approximately $150 billion for the member countries. When President Trump pulled the U.S. out of the 12-nation Trans-Pacific Partnership trade deal in January 2017 (Mui, Jan. 23, 2017), Japan took on a leadership role to complete an 11-nation deal earlier this year without the U.S. (Stevenson and Rich, Nov. 11, 2018). The CPTPP helps Japan fortify and demonstrate its leading role in the Asia-Pacific and establish new trade rules for trade deals in the Asia-Pacific.

Trade wars in the form of tariffs and tariff retaliation can escalate quickly with widespread, long-term damage, particularly for firms with increasingly complex international supply chains. Unpredictable trade policies increase the risk facing firms doing business with the United States, and creates an incentive for importers to look to other markets where trade liberalization is becoming further entrenched.  For example, a firm operating in Japan may look more favorably on sourcing inputs from Germany rather than the U.S. given a firm trade agreement. This switch from importing good from one country to another due to trade barriers is known as ‘trade diversion’.  While updating and improving trade agreements is an important goal, the choice of strategies countries use to get other nations to the table is important; the long-term benefits we seek may be harder to achieve with a trade war.  We do not want our efforts to backfire, with the benefits of trade for American farmers and businesses ending up diverted to our trade partners who choose a more open stance on trade. 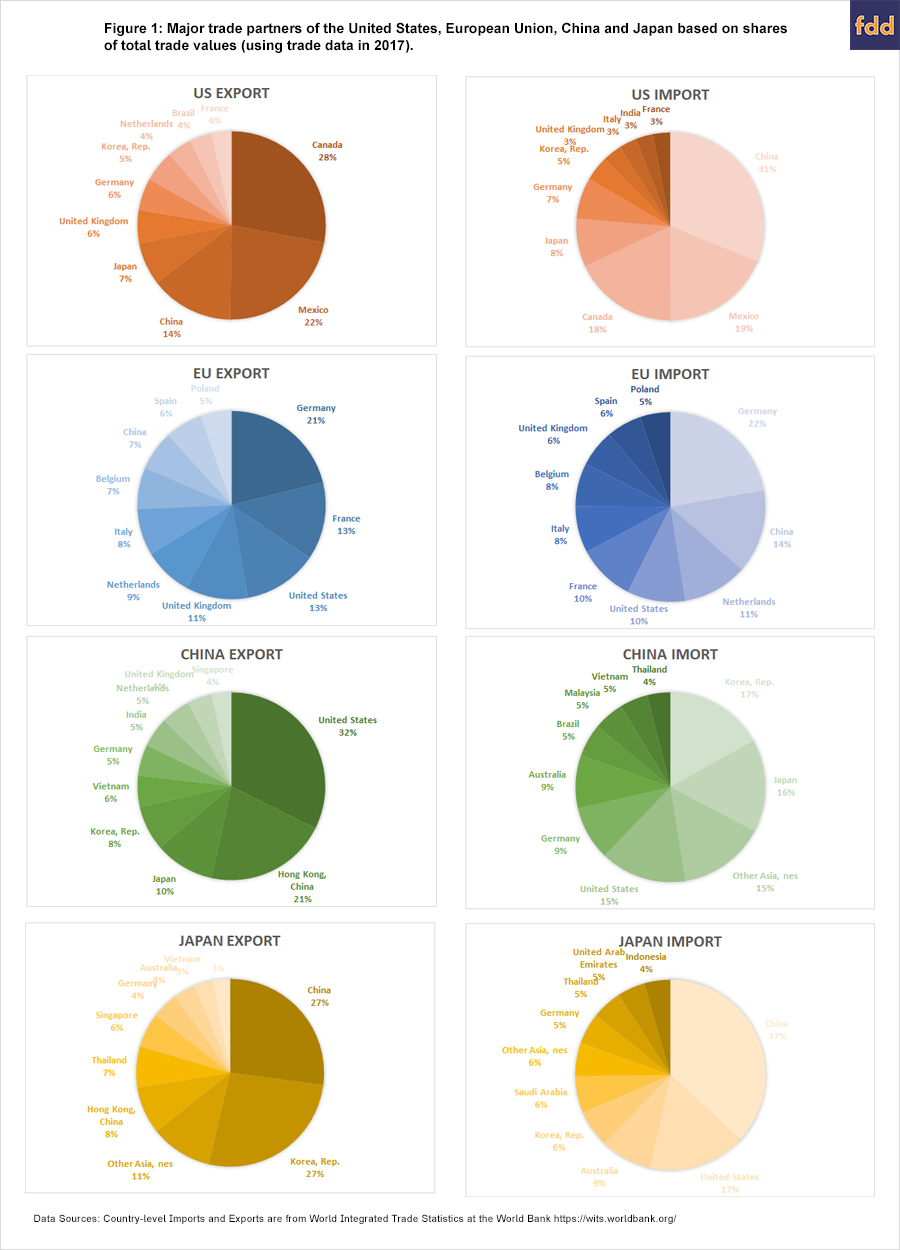