While the 2018 Illinois corn and soybean crops await harvest, assessing weed control successes and failures now can help farmers plan strategies for 2019.  The practice of applying herbicides after crop harvest has increased in Illinois over the past few seasons.  Herbicides applied in the fall often can provide improved control of many winter annual weed species compared with similar applications made in the spring.  Horseweed (a.k.a. marestail) (Figure 1) is one example of a weed species that is often better controlled with herbicides applied in the fall compared with the spring.  An increasing frequency of horseweed populations in Illinois are resistant to glyphosate, and resistance to ALS-inhibiting herbicides also is present in Illinois populations.  Targeting emerged horseweed with higher application rates of products such as 2,4-D in the fall almost always results in better control at planting compared with targeting overwintered and often larger plants with lower rates of 2,4-D in the spring. 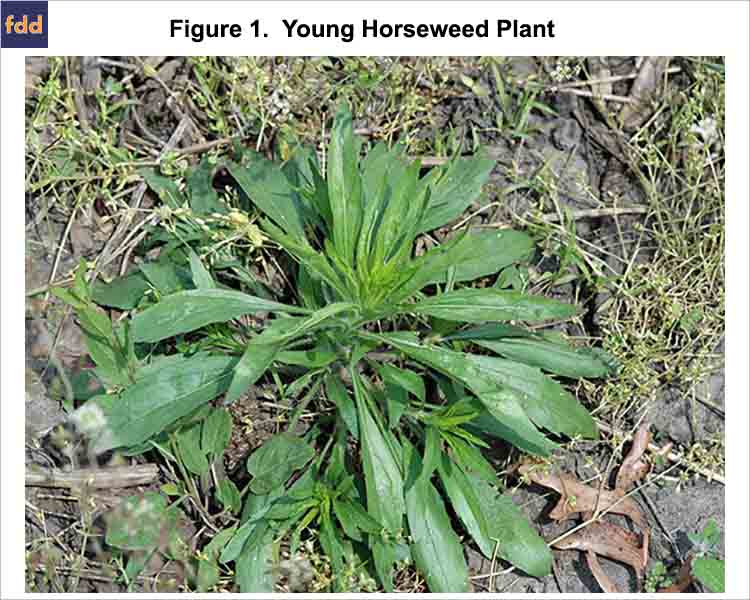 One question typically posed is whether or not a fall application needs to include one or more herbicides that provide soil residual control of winter annual weed species.  Typically, the earlier the fall application is made (say, early October) the more benefit a soil-residual herbicide can provide since emergence of winter annual weeds is often not complete.  However, delaying the herbicide application until later in the fall (say, mid-November) often diminishes the necessity of a soil-residual herbicide since most of the winter annual weeds have emerged and can be controlled with non-residual herbicides.  Butterweed, for example (Figure 2), is a winter annual species that research has demonstrated essentially completes its emergence by November.  In University of Illinois research, fall-applied glyphosate generally provided greater and more consistent control of butterweed compared to the same rate applied in spring. 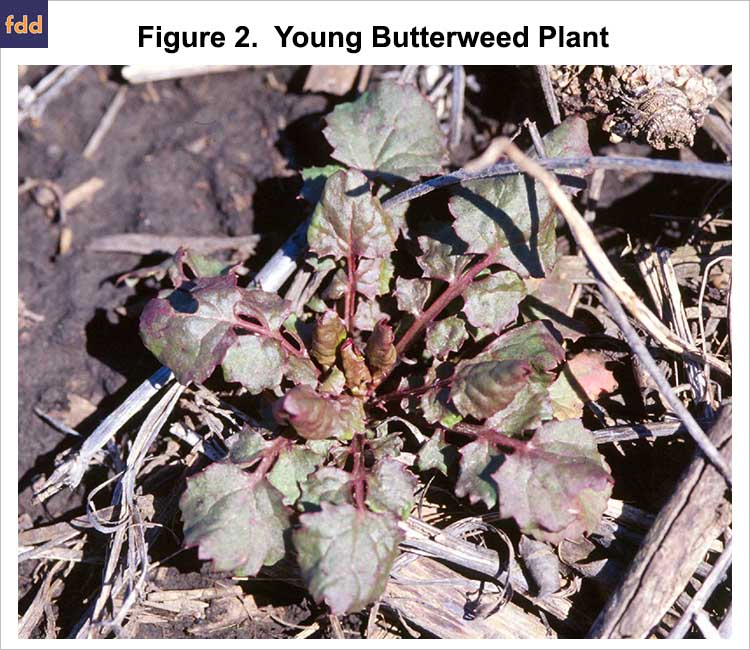 Applying a soil-residual herbicide late in the fall in hopes of having a clean field prior to planting is akin to gambling on the weather.  Cold winter conditions can reduce herbicide degradation in the soil and increase herbicide persistence.  This might not always be favorable since, depending on the residual herbicide, increased persistence also can cause injury to the following crop.  A more moderate winter and early spring warming will increase herbicide degradation, which could result in the need for a burndown herbicide to control existing vegetation before planting.

We recommend fall-applied herbicides target fall-emerging winter annual species, biennials and perennials.  We do not recommend fall application of residual herbicides for control of any spring-emerging annual weed species (especially Amaranthus species such as waterhemp and Palmer amaranth) the next spring for the following reasons: