Palmer amaranth is a weed species that must be thoughtfully and carefully managed; simply attempting to control Palmer amaranth often leads to ineffective herbicide applications, substantial crop yield loss, and increasing weed infestations.  Ignored or otherwise not effectively managed, Palmer amaranth can reduce corn and soybean yield to near zero.  One obvious challenge of Palmer amaranth is being able to identify it among other Amaranthus species.

Several species of Amaranthus occur in Illinois and accurate identification of these species during early vegetative stages can be difficult.  However, identification of the various species becomes much more reliable when reproductive structures are present (Figure 1), and plants across the state now have reached reproductive development.  Palmer amaranth plants at the reproductive stage (Figure 2) will not be effectively controlled with herbicides, but physically roguing plants before seeds become viable will pay returns on the time investment for years into the future. 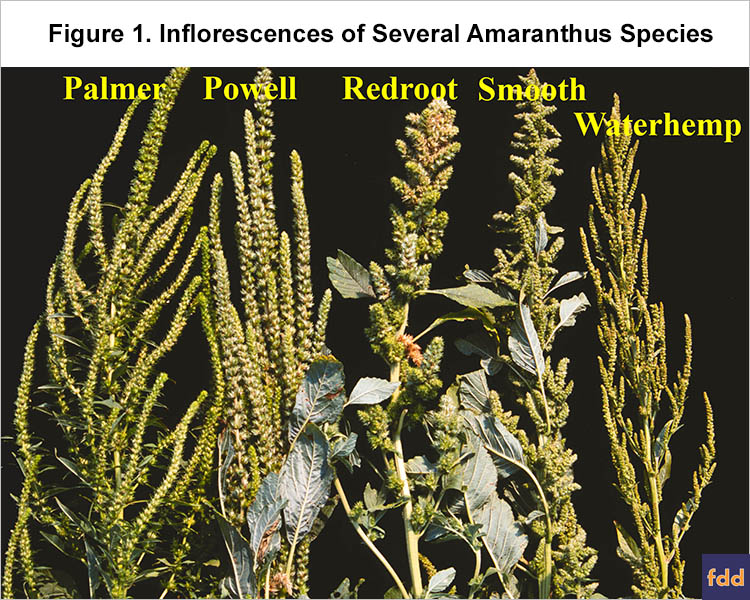 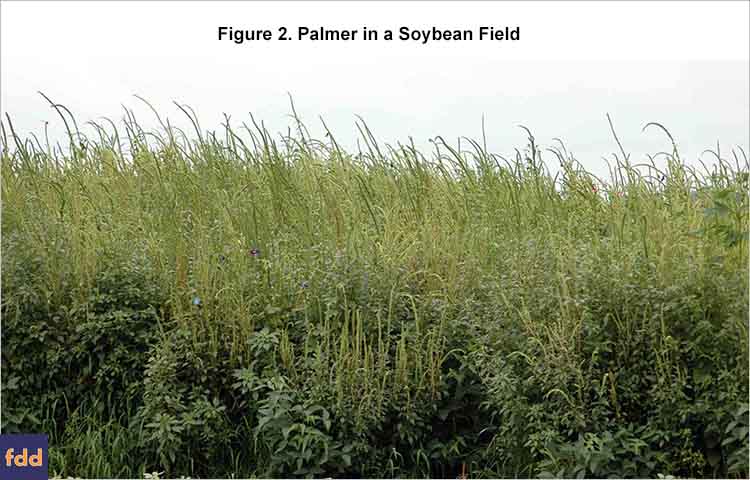 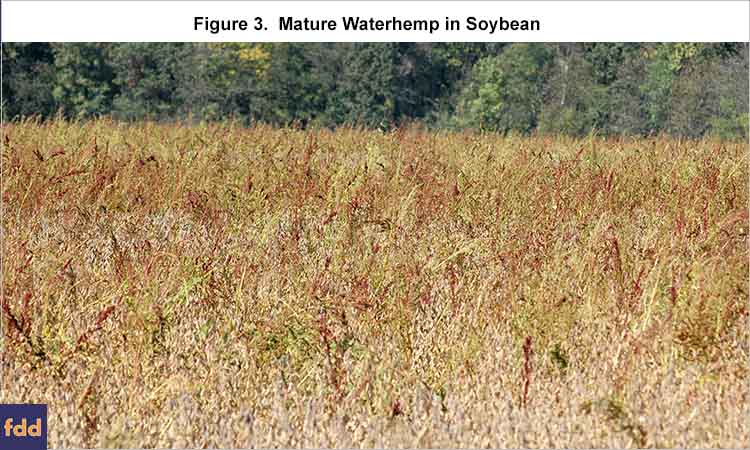 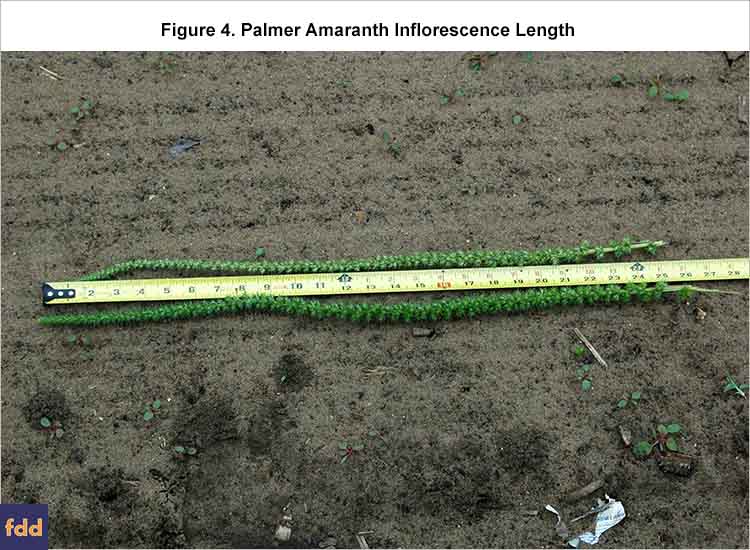 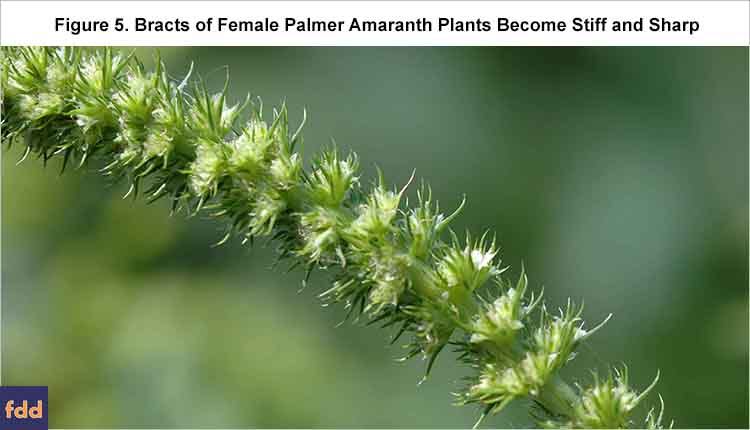 If you identify Palmer amaranth plants, physically remove them before the plants reach the reproductive growth stage.  Plants should be severed at or below the soil surface and carried out of the field.