Illinois again will have exceptional yields in 2018, with the National Agricultural Statistical Service (NASS) projecting record high yields for both corn and soybeans. Recent high yields may give overconfidence in setting 2019 yields for budgeting purposes. For most farms, the Trend-Adjusted Actual Production History (TA-APH) yield used to calculate insurance guarantees seems appropriate for arriving at yields for 2019 budgeting.

In its August Crop Production report, the National Agricultural Statistical Service (NASS) estimated the 2018 average yield for the state of Illinois at 207 bushels per acre. The 207 bushels would be an all-time record yield for Illinois, eclipsing the previous high of 201 bushels per acre set in 2017. 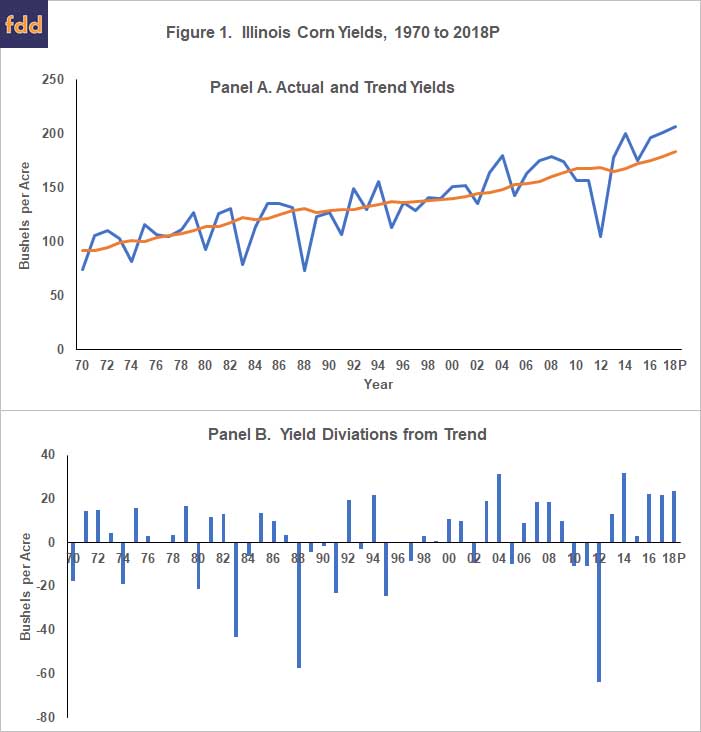 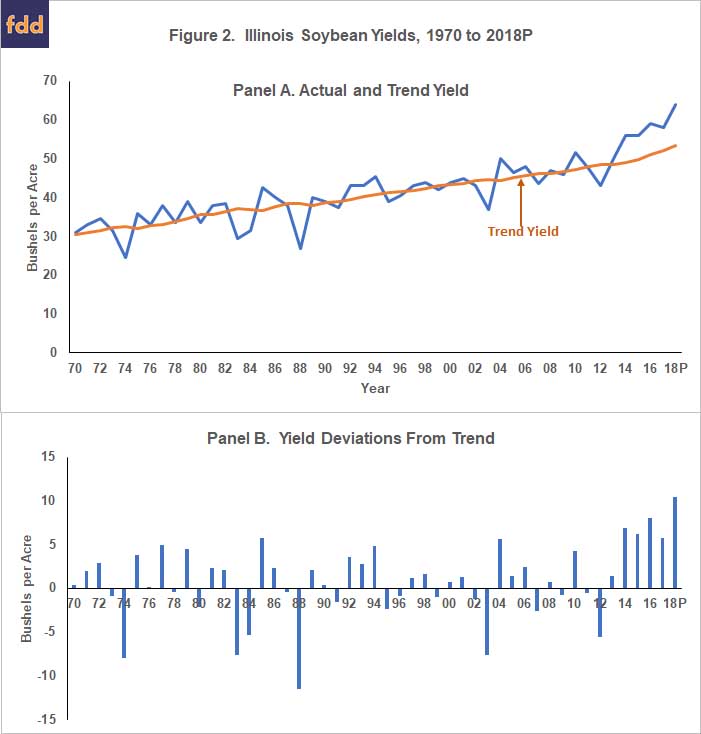 A central question is what yields to use in 2019 budgets given the recent high yields. Use of Trend-Adjusted Actual Production History (TA-APH) yields from crop insurance seems like a reasonable way for most farmers to arrive at expectations for the coming year, particularly if that record includes yields from a yield history with close to ten yields. Using a shorter time series could result in higher yields than warranted.

For many farms, TA-APH yields provide a reasonable estimate of yields for the coming year. Some may suggest that that TA-APH yields may be conservative given recent higher yields. Note that those high yields already are entering into the calculation of the TA-APH averages. A question may still be that “something has changed” and Illinois farmers may have reached new higher yield plateaus. Skepticism of that proposition seems warranted. Overall, weather and other growing conditions have been favorable in the past several years. Other areas of the country have gotten lower yields when faced with less than ideal growing conditions.

Perhaps the opposite should be a concern. The TA-APH yields include relatively high yields in recent years in their calculations. Perhaps a period like the late 1970s and early 1980s could occur again in which yields are close to or below average for several years. In this case, the TA-APH yield would overstate actual yields. Only time will tell.