Anhydrous ammonia prices are regularly summarized in the Illinois Production Cost Report, which is prepared biweekly by the Agricultural Marketing Service, an agency of the U.S. Department of Agriculture.  These prices represent average prices paid by farmers in Illinois. Figure 1 summarizes prices by month beginning in August and ending in the following July.  Most fertilizer purchased in the months after August will be applied after the current crop is harvested and would be available for next year’s crop. 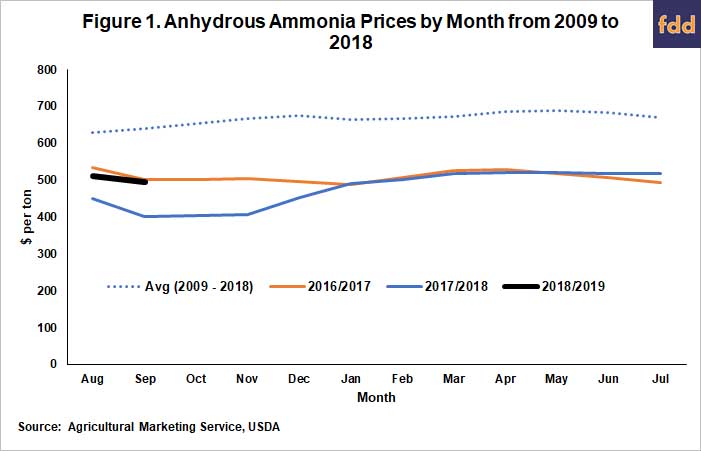 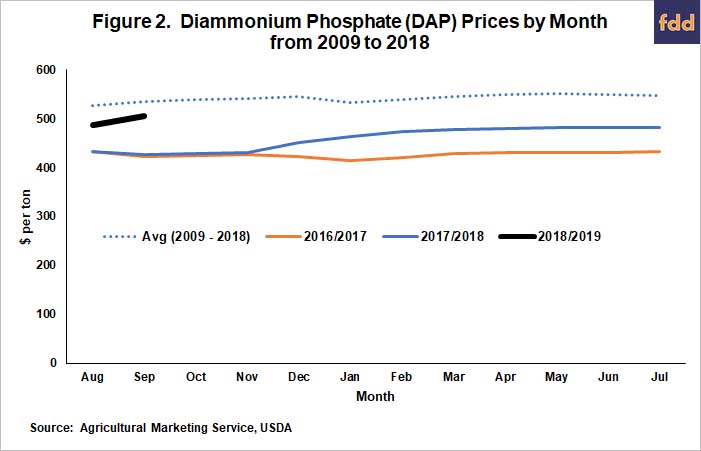 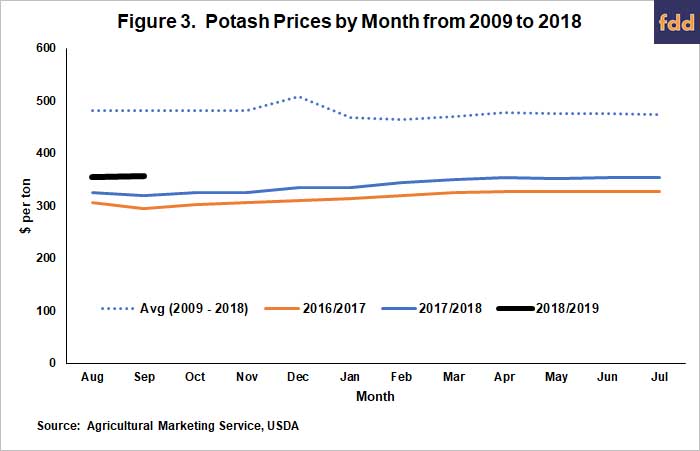 Price declines could occur but should not be expected.  Historical price patterns suggest price increases and not price declines (see averages in Figures 1, 2, and 3).  Moreover, fertilizer prices are highly correlated with energy costs (see farmdoc daily, June 21, 2018).  Brent crude oil prices recently reached $80 per barrel, the highest level since 2014 (Ramkumar, A. and D. Hodari).  As always, energy outlook is uncertain, with possibilities of larger price movements.