Figure 1 shows the ARC-CO Payment Estimator, a Microsoft Excel spreadsheet available for download from the FAST section of farmdoc, illustrating ARC-CO calculations for corn in Calhoun County, Illinois.  Actual payments are shown for 2014 through 2017, with an estimate given for 2018. 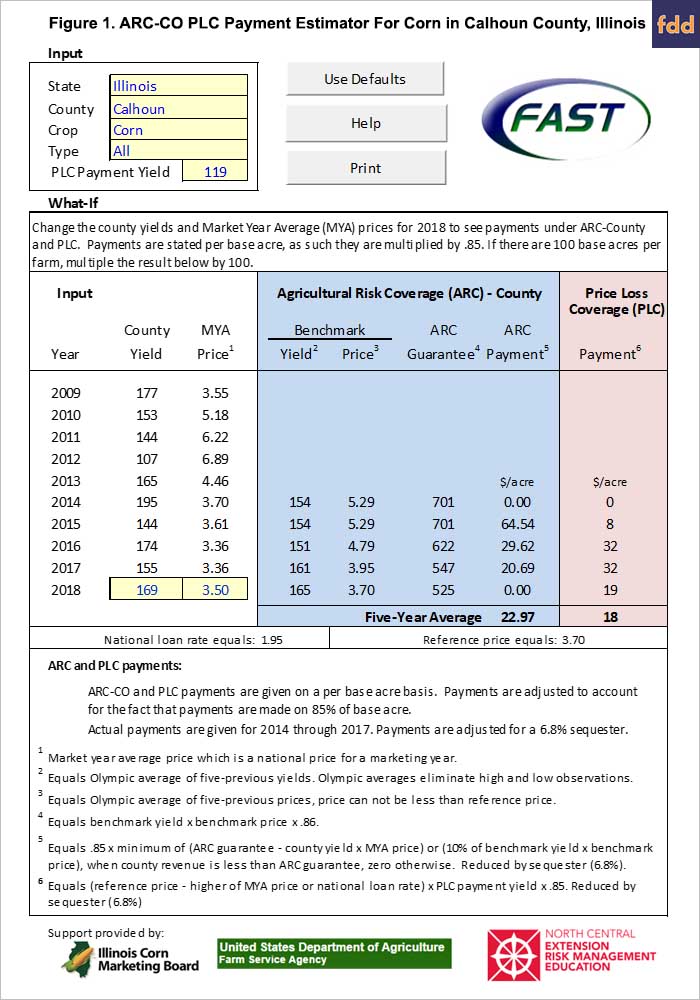 We have no estimates of 2018 county yields and the 2018 market year has not ended.  Still, it seems highly likely that ARC-CO payments will not make payments in most counties in 2018.  Yields have been exceptional across much of the nation.  Prices would have to be near $3.00 for ARC-CO to make payments. 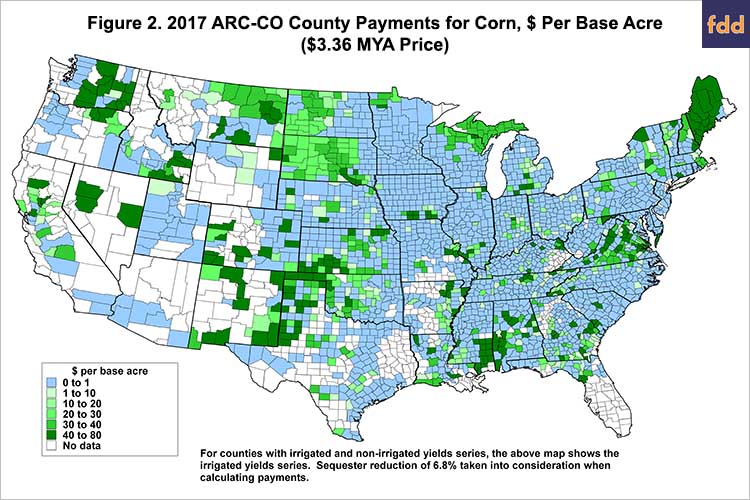 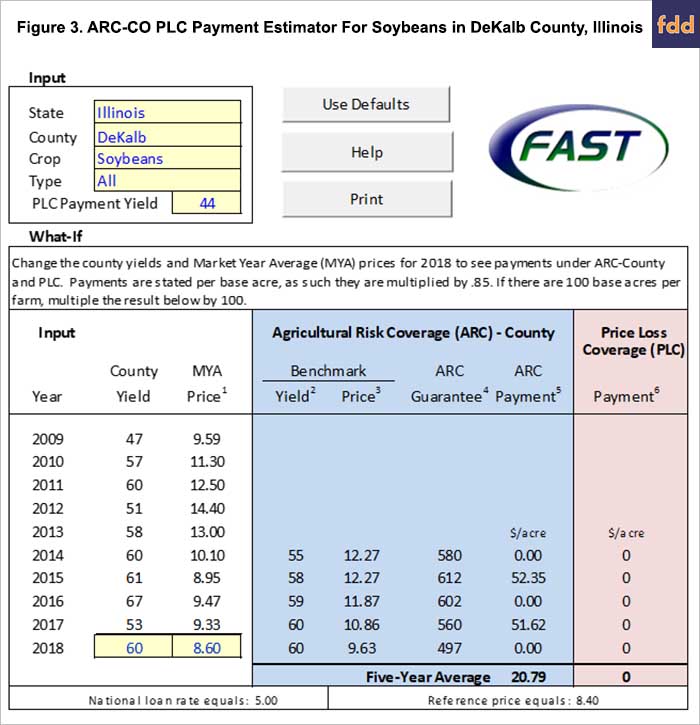 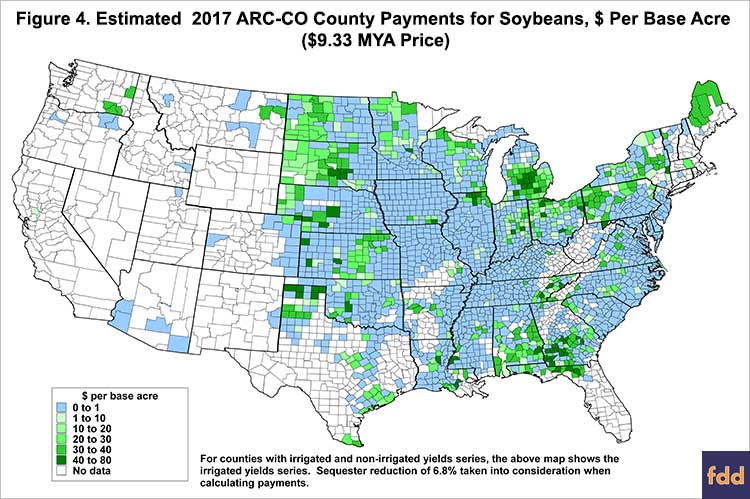 Landowners in Vermilion County, Illinois received a $37.82 per acre payment on wheat based on a 78 bushel per acre benchmark yield and a $6.12 benchmark price (see Figure 5).  The 2018 benchmark price will be reduced to $5.66 per bushel, lowering payments in 2018. 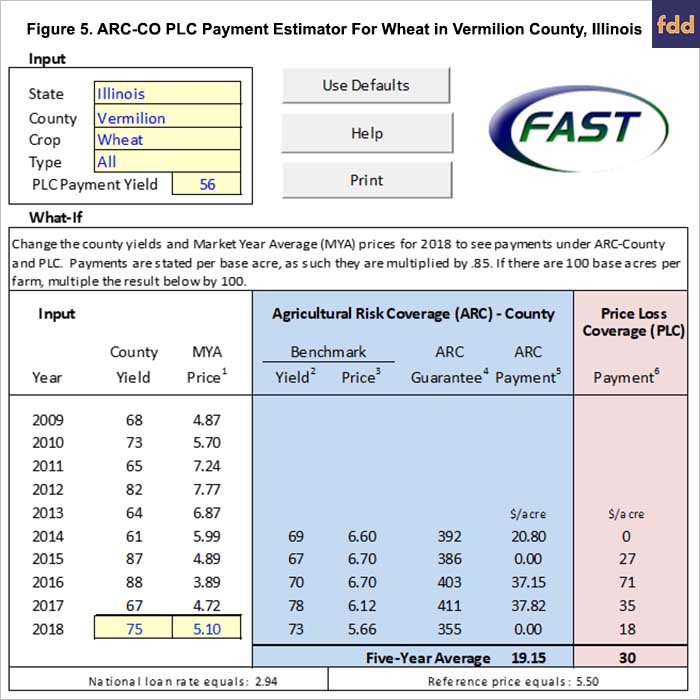 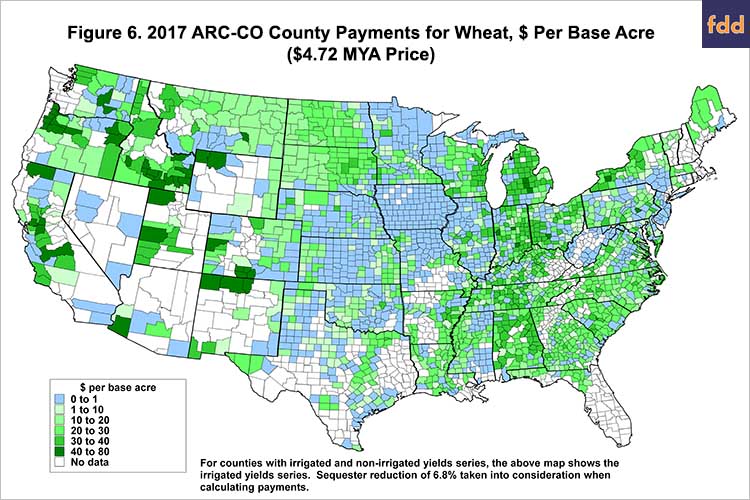 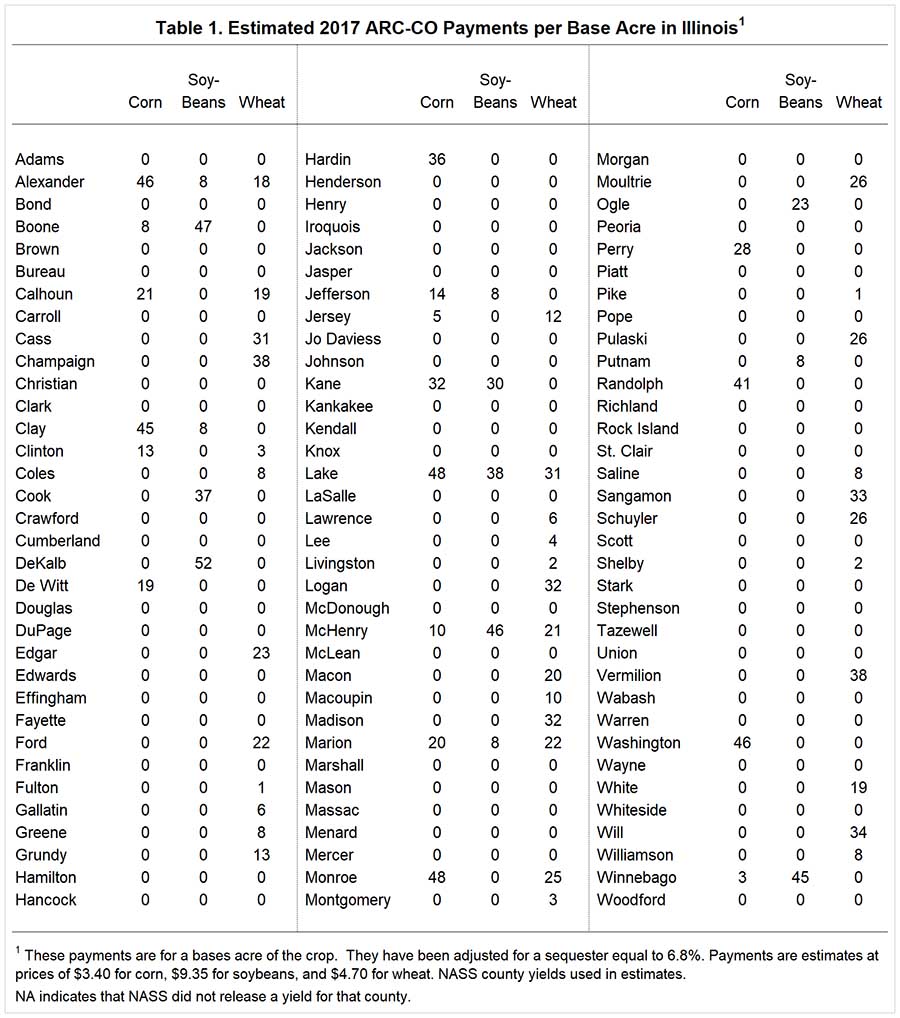 Reliable estimates of 2018 ARC-CO payments will be able to be made after NASS releases county yields in late February.  At this point, ARC-CO payments likely will not be prevalent for 2018 production.  Building $0 per acre into cash flow estimates for the 2018 payments that will be received in fall 2019 seems prudent at this point.