The 2018 harvest prices used to determine revenue on crop insurance products are $3.68 per bushel for corn and $8.60 per bushel for soybeans. While both the corn and soybean harvest prices are below projected prices, payments on 2018 policies will be low in Illinois because of exceptional yields. Low 2018 payments will continue a string of low loss years in Illinois. Notably, the 2018 harvest price is the lowest since 2006, the year before the beginning of the higher-price era caused by increased use of corn in ethanol and continued growth in exports of soybeans.

Harvest prices for corn and soybeans in Midwest states are averages of October settlement prices on Chicago Mercantile Exchange contracts. As October has ended, the Risk Management Agency (RMA) has announced harvest prices. 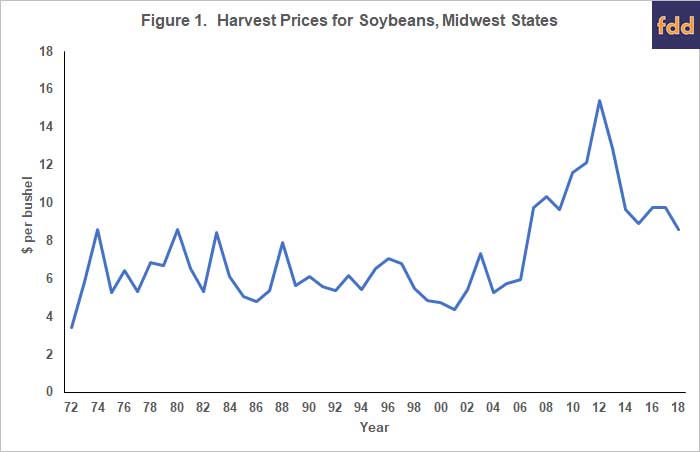 While both 2018 harvest prices are lower than projected prices, crop insurance payments will be low across much of Illinois. Yields have been exceptional, which will offset the price declines.

For corn, loss ratios in Illinois have been very low in recent years (see Figure 2). The loss ratio was .15 in 2016 and .28 in 2017. Historical relationships between yields, prices, and loss ratios suggest a loss ratio of .15. If the .15 loss ratio projection holds, 2018 will be another very loss year. 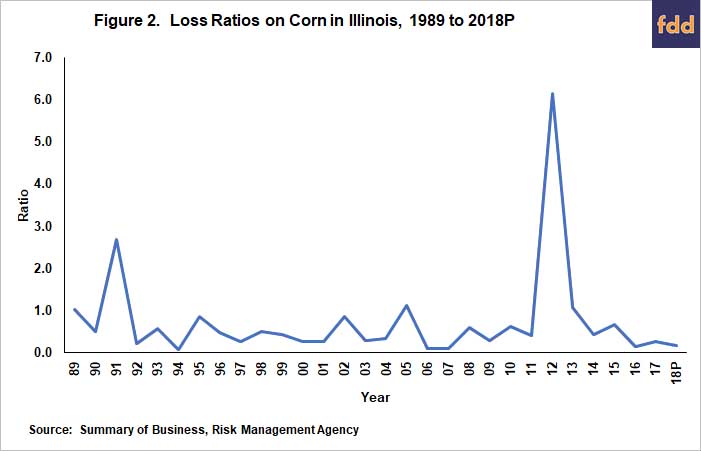 Similarly, loss ratios on soybeans have been very low in recent years (see Figure 3). The loss ratio was .13 in 2016 and .22 in 2017. Historical relationships between yields, prices, and loss ratios suggest a loss ratio of near .30 for 2018. If this projection holds, soybeans will have another low loss year in 2018. 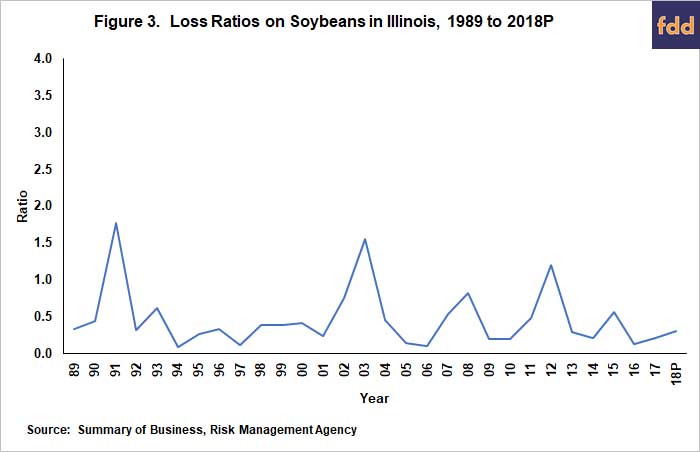 This article contains projections of loss ratios in Illinois. Complete enough data to know the exact 2018 loss ratio will be known in May 2019.