ERS defines net farm income as “the residual income leftover after all the factors of production are paid. It represents the returns for operator labor, management, and equity, as well as any other unpaid resources used for farm production instead of elsewhere.” ERS typically releases four forecasts of net farm income a year: in February, in August, in November, and in February following the reference year, when the first forecast of the new year is released. Thus, ERS scheduled March 6 release will include the final forecast for 2018 and the first forecast of 2019. 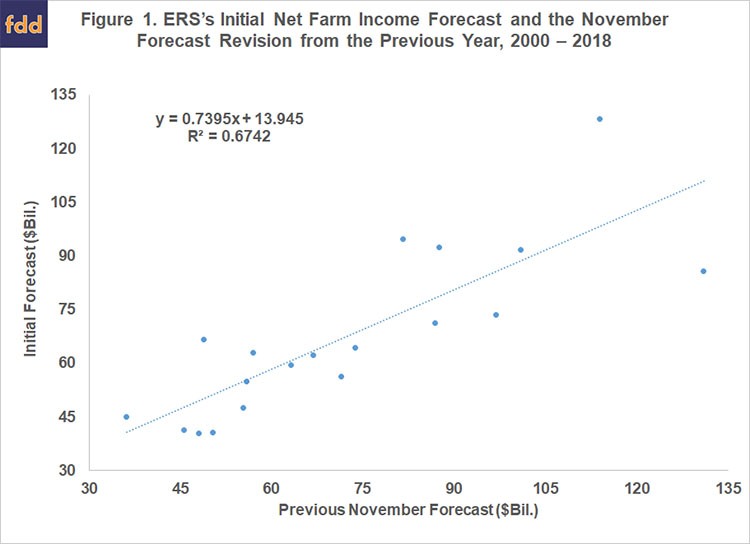 As Figure 2 suggests, this simple prediction provides a fairly accurate projection across most of the observation period. The simple prediction’s largest errors are found during the transition from high to low net farm income in 2013 and 2014. 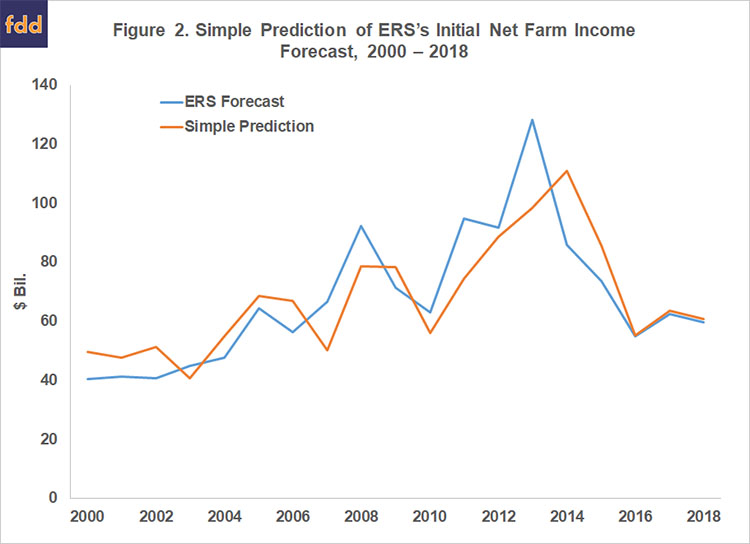 Kuethe, T. "Will Farm Income Really Drop to a 12-Year Low in 2018?" farmdoc daily (8):30, Department of Agricultural and Consumer Economics, University of Illinois at Urbana-Champaign, February 21, 2018.