On February 7, USDA’s Economic Research Service (ERS) released their initial 2018 farm income forecasts. ERS forecasts a number of farm financial measures. The two most commonly reported measures are net farm income and net cash income, and both are predicted to decline in 2018. The recent forecast history, however, suggests that the forecasts are likely to improve. 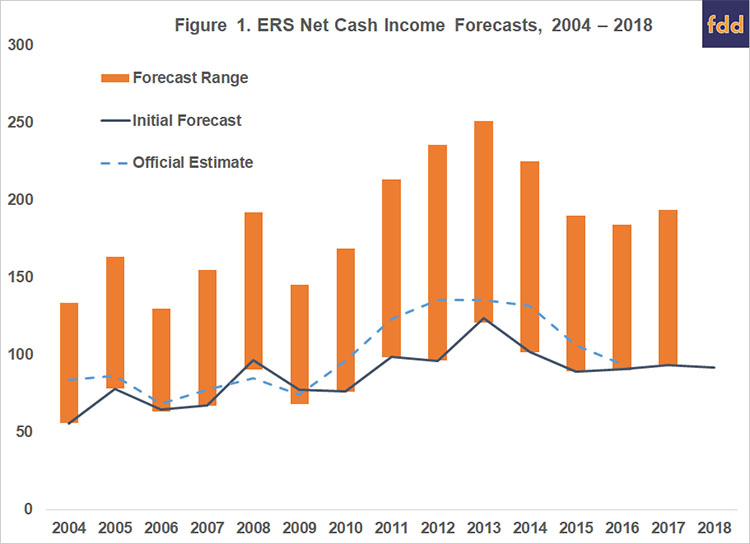 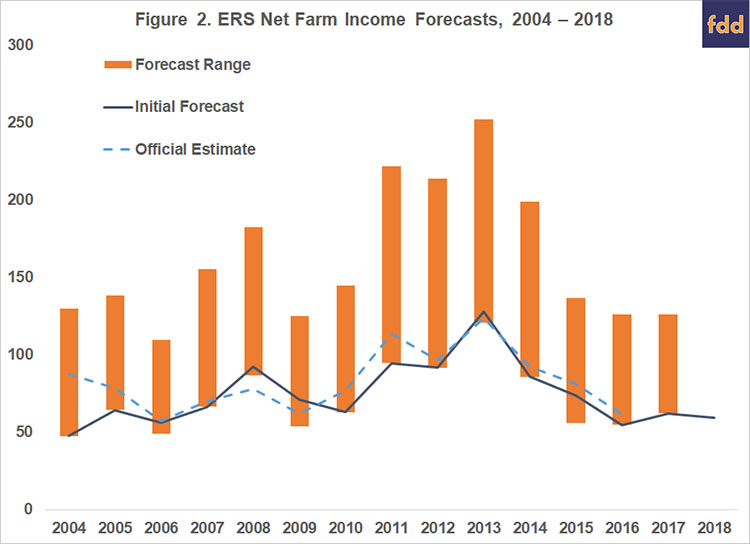 In sum, recent history suggests that as ERS is likely to revise their 2018 net cash and net farm income forecasts up. However, there is a tendency for these later forecasts to be a bit too optimistic. If the same pattern since 2004 holds, net cash income is likely to improve by approximately 12.6% to roughly $130.5 billion. This rough estimate is above the most recent official estimate of $94 billion in 2016 but

well below the high cash incomes experienced between 2011 and 2014. Net farm income can similarly be expected to improve by approximately 7.8% to roughly $64.1 billion. This would also be an improvement relative to the most recent official estimate of $61.5 billion in 2016 but far below the record highs of 2011 to 2013.

It is also important to keep in mind that the USDA defines a farm as “any place from which $1,000 or more of agricultural products were produced and sold, or normally would have been sold, during the year.” ERS’ measures of farm income are, therefore, very broad, and the variation in farms around these aggregate trends is substantial.