We know that the cost of living differs among cities throughout Illinois.  Do farm families also have different costs of living based on what part of Illinois they live in?  Using farms enrolled in Illinois Farm Business Farm Management (FBFM) Association, we divided the farms into three regions, North, Central, and South.  Farms located in the 22 counties north and northwest of the Illinois River are included in the sample for northern Illinois.  Farms from 36 counties below a line from about Mattoon to Alton are in the sample for southern Illinois.  The remaining 44 counties make up the sample for central Illinois.

Farms in this sample kept track of every dollar in and out of the operation as well as for off-farm income and family living expenses.  Table 1 shows some of the selected items of family living by region for 2017. 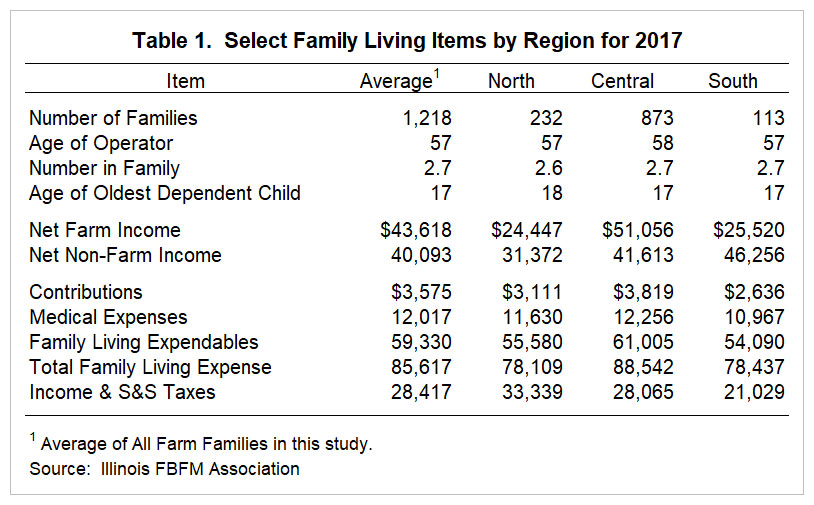 When looking at selected expense items for 2017 in Table 1, all of the items were the greatest for the central region besides income and social security taxes.  Income and social security taxes is the amount of cash paid in the current year that is most likely for the remaining tax from the prior year.  There are various reasons why the region with the highest amount of tax paid is not the same as the region with the highest income.  Examples of these reasons are higher incomes the year before; the amount of tax paid is based on cash net farm income and we report accrual net farm income; differences in types of income; and how they are taxed as well as many other factors. 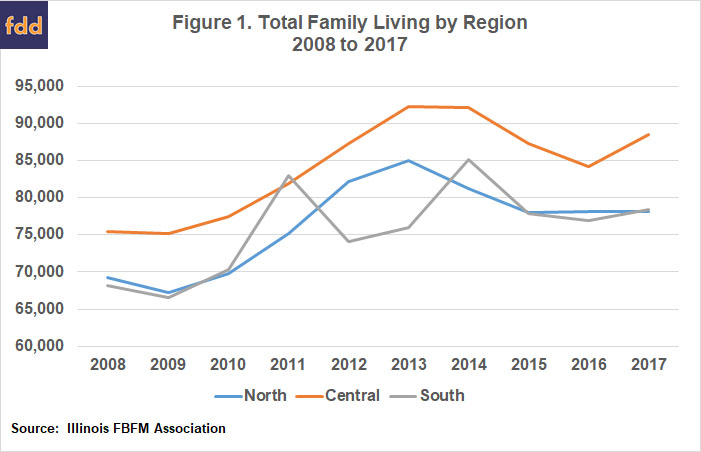