Attention is beginning to focus on planting decisions of farmers in 2019, with some speculation that acres will shift from soybeans to corn (farmdoc daily, February 18, 2019).  Even given declines in expected soybean prices, central Illinois budgets do not suggest that switching to more corn will result in higher profitability.  If central Illinois budgets do not suggest a switch, budgets from other areas of the country are not likely to suggest switches to more corn either.  Projected returns call into question assumptions of large switches of acres from soybeans to corn. 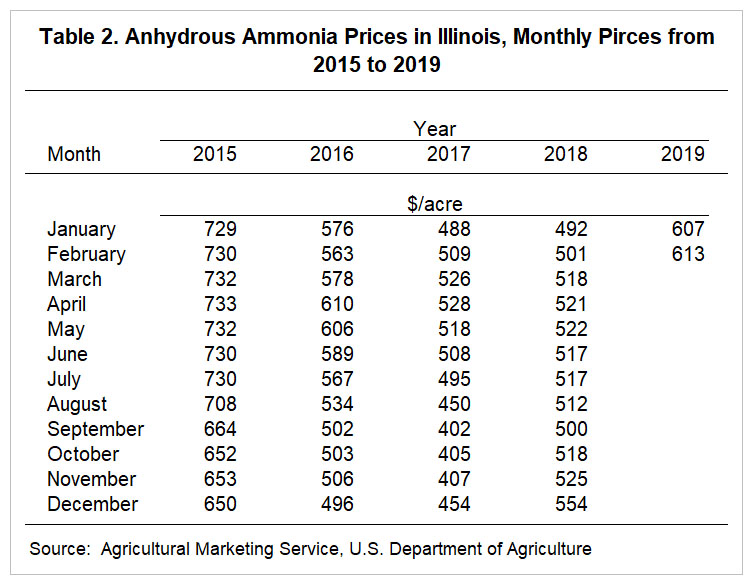 Table 3 shows 2019 corn and soybean budgets for high-productivity farmland in central Illinois (see farmdoc for 2019 Crop Budgets).  These budgets incorporate price and cost changes between 2018 and 2019. Two notes about these budgets: 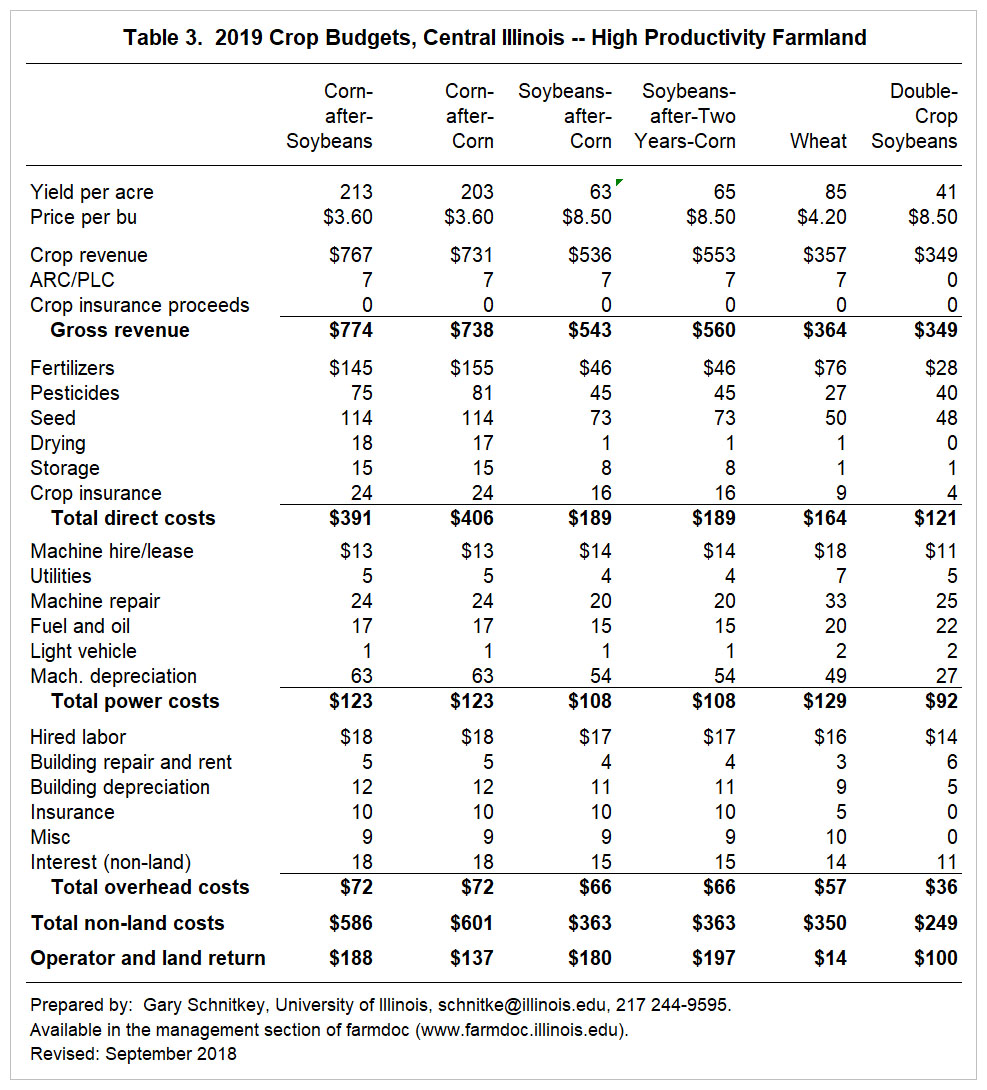 while soybean returns increase to:

As would be expected, this price scenario increases soybean profitability relative to corn.  Current forward bids do not suggest a shift to corn from a profitability standpoint.

The second scenario maintains the corn and soybean prices at $3.60 and $8.50, respectively, but increases corn yields by 20 bushels per acre and soybean yields by 6 bushels per acre. This scenario reflects a situation where budgets are more optimistic than trend yields due to high yields in recent years.  In this case, operator and land returns are:

Higher yields increase returns and also increase the relative profitability of corn.  However, corn-after-scorn is less profitable than soybeans-after-corn. These projections do not suggest that growing more corn would be more profitable than maintaining soybean acres given that both crops have above trend yields at 2013-2018 levels.

Hubbs, T. "How Many Soybean Acres Do We Need in 2019?" farmdoc daily (9):15, Department of Agricultural and Consumer Economics, University of Illinois at Urbana-Champaign, January 28, 2019.