The National Agricultural Statistical Service (NASS) released county yields for 2018 (released March 21 on NASS’s Quick Stats website).  With these NASS yields, fairly accurate estimates of 2018 Agricultural Risk Coverage at the county level (ARC-CO) payments can be made.  We present U.S. maps showing estimated payments per base acre for corn, soybeans, and wheat.  Estimates for Illinois also are presented in the final section.

ARC-CO payments for 2018 will be made in October 2019.  At this point, 2018 payments presented in this article are estimates.  Actual payments will vary from those presented here for three reasons: 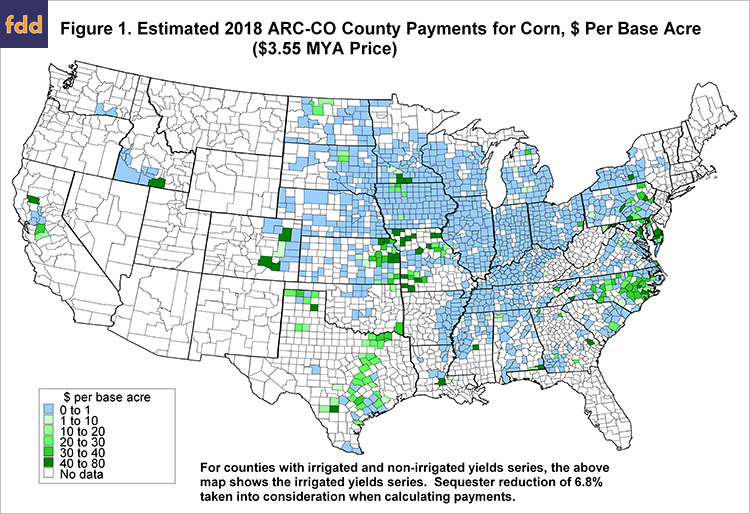 Similar to corn, few areas are projected to receive ARC-CO payments for soybeans (see Figure 2).  Within the Corn Belt there are scattered counties projected to receive payments.  Geographical areas with some concentration of payments include western North Dakota, Missouri, and North and South Dakota. 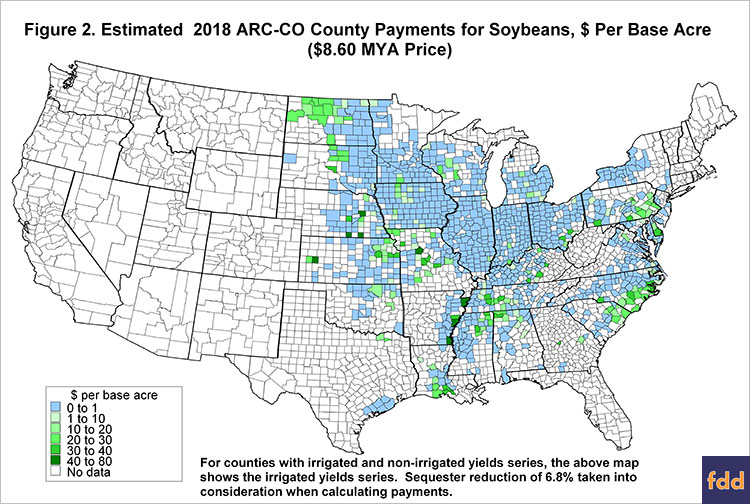 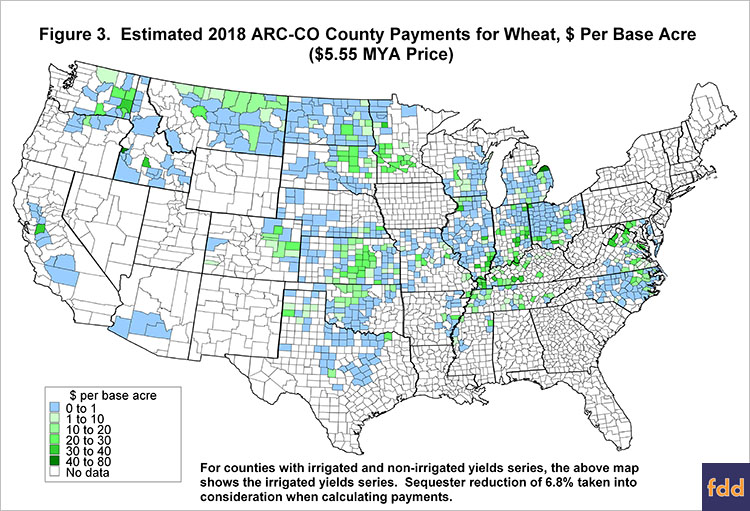 No counties in Illinois are projected to receive ARC-CO payments for corn.

Two counties are projected to receive soybean payments:  Edwards ($14 per base acre) and Lake County ($1).

Because final yields and prices are not yet known, actual ARC-CO payments can vary from estimates shown in this article.  ARC-CO will make pay in fewer counties for 2018 production.  In many cases, payments will be lower as well.