Several farmdoc daily articles have documented the exceptional corn and soybean yields occurring in Illinois and the Corn Belt since the 2012 drought (e.g., farmdoc daily, September 5, 2018; December 11, 2018; January 3, 2019; April 9, 2019). In this article, county soybean yields for Illinois are examined using yield deviations.  As described in the next section, yield deviations are the difference between actual yields and trend yields. The period from 2014 to 2018 represents an unusual historical period in the widespread nature of above-trend yields in Illinois. Moreover, the amount above-trend is unusual. While all areas of Illinois had above-trend yields, the center of the very high yields is in south-central and southern Illinois.

County yields for Illinois were obtained from Quick Stats, a website maintained by the National Agricultural Statistical Service (NASS), an agency of the U.S. Department of Agriculture. Data were obtained for all Illinois counties for the years from 1954 to 2018.

Figure 1 shows the actual yields for Piatt County, Illinois. Also shown in Figure 1 are trend yields from 1984 to 2018. A given year’s trend yield is based on the thirty previous yields. For example, yields from 1954 to 1983 were used to calculate the 1984 trend yield. For 1984, a straight line was fit through the 1954 to 1983 yields using linear regression. The linear line was then extended one year in the future to arrive at the 1984 trend yield. Similar procedures were used for all years from 1985 to 2018. 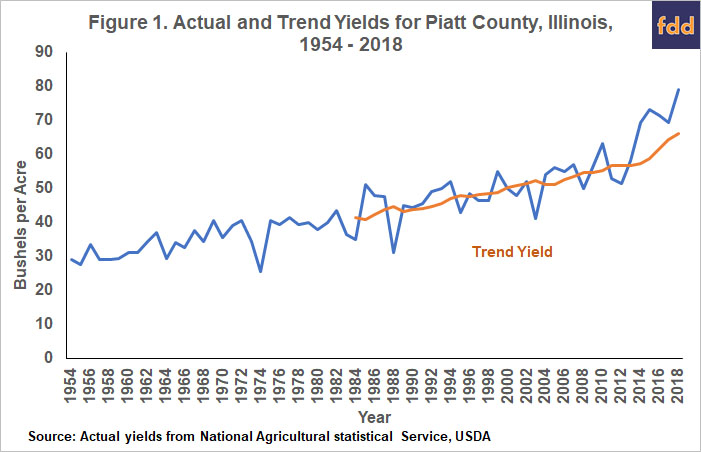 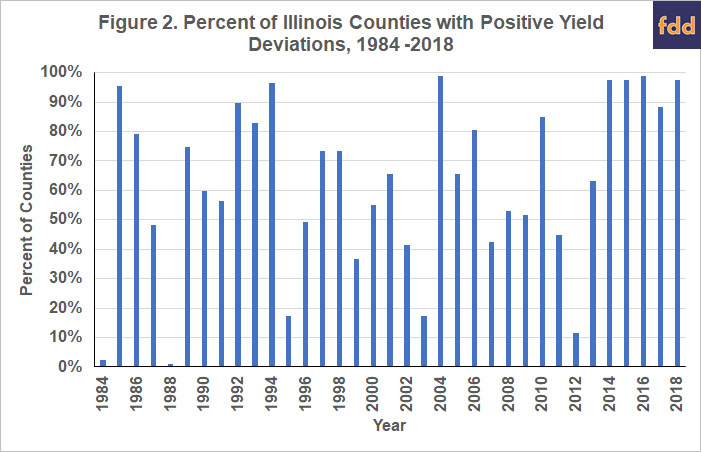 The last time less than 50% of the counties had below trend yields was in 2012, the drought year when only 11% of Illinois counties had positive yield deviations. 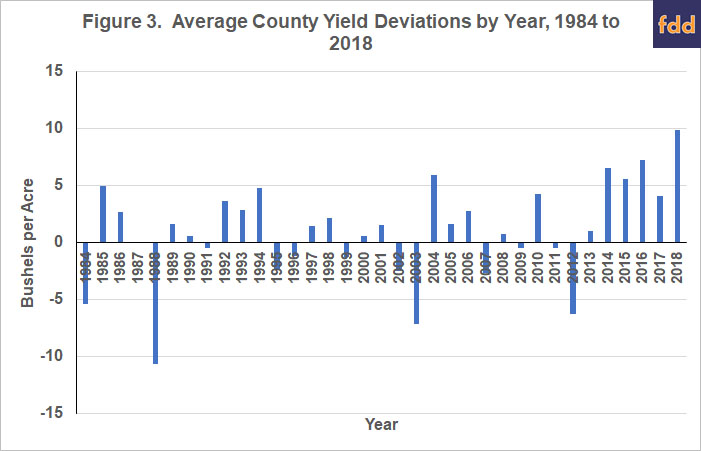 Spatial Pattern of High Yields in Illinois from 2014 to 2018 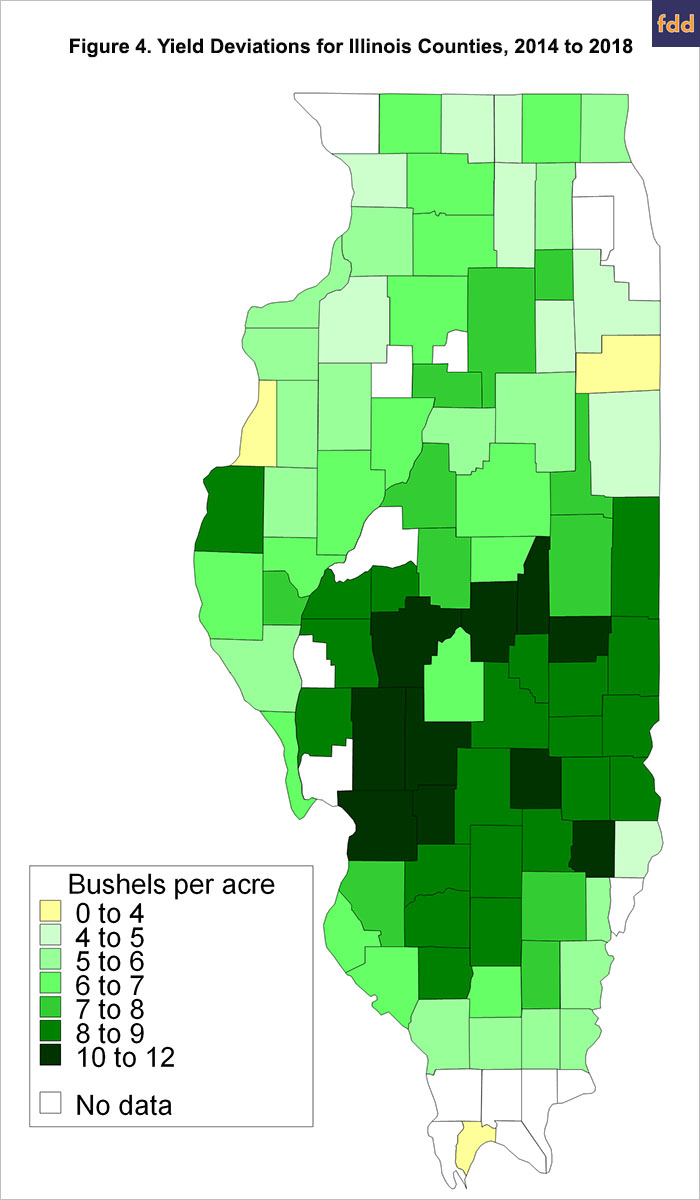