Examining the competitiveness of wheat production in different regions of the world is often difficult due to lack of comparable data and consensus regarding what needs to be measured.  To be useful, international data needs to be expressed in common production units and converted to a common currency.  Also, production and cost measures need to be consistently defined across production regions or farms.

This paper examines the competitiveness of wheat production for important international wheat regions using 2013 to 2017 data from the agri benchmark network.  Earlier work examined international benchmarks for the 2013 to 2015 period (farmdoc daily September 23, 2016) and the 2013 to 2016 period (farmdoc daily July 6, 2018).  The agri benchmark network collects data on beef, cash crops, dairy, pigs and poultry, horticulture, and organic products.  There are 40 countries represented in the cash crop network.  The agri benchmark concept of typical farms was developed to understand and compare current farm production systems around the world.  Participant countries follow a standard procedure to create typical farms that are representative of national farm output shares and categorized by production system or combination of enterprises and structural features.

The sample of farms used in this paper was comprised of ten typical farms from Argentina, Australia, Canada, Germany, Russia, Ukraine, and United States.  The farm and country abbreviations used in this paper are listed in Table 1.  Typical farms used in the agri benchmark network are defined using country initials and hectares on the farm.  It is important to note that wheat enterprise data is collected from other countries.  The seven countries represented in table 1 were selected to simplify the illustration of costs and discussion.  There are three U.S. farms with wheat in the network.  The U.S. farms used to illustrate wheat production in this paper are the western Kansas farm (US2025KS) and the southern Indiana farm (US1215INS).  The southern Indiana farm produced double-crop soybeans on the wheat acres. 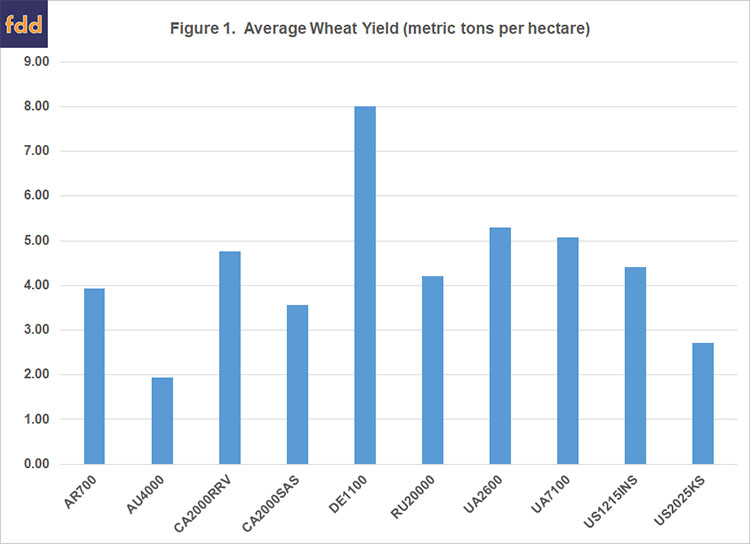 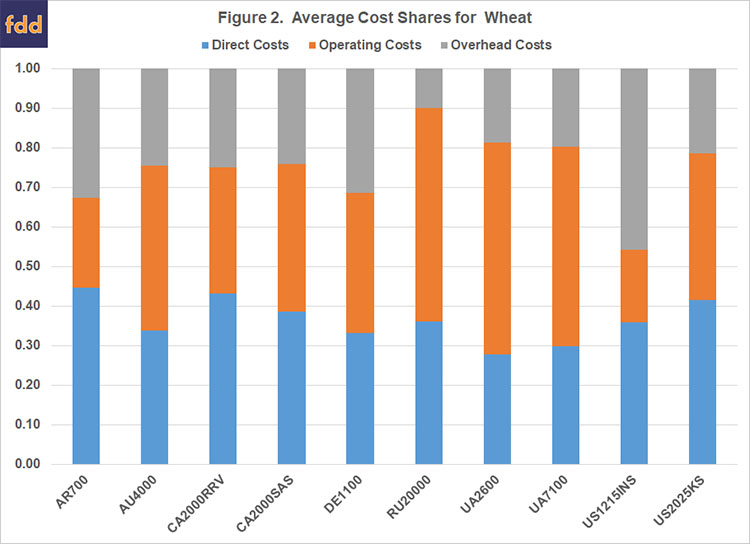 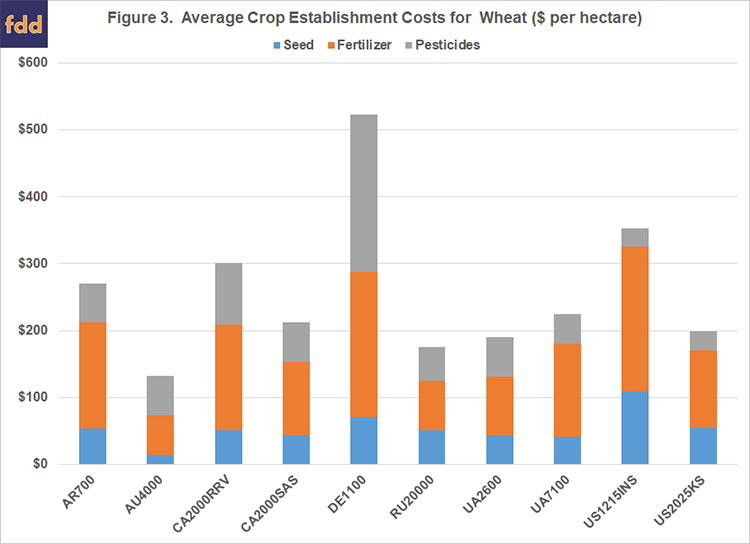 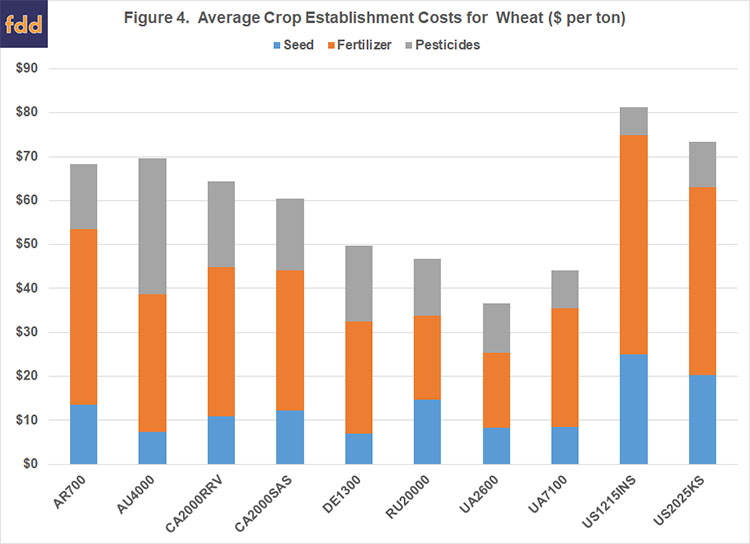 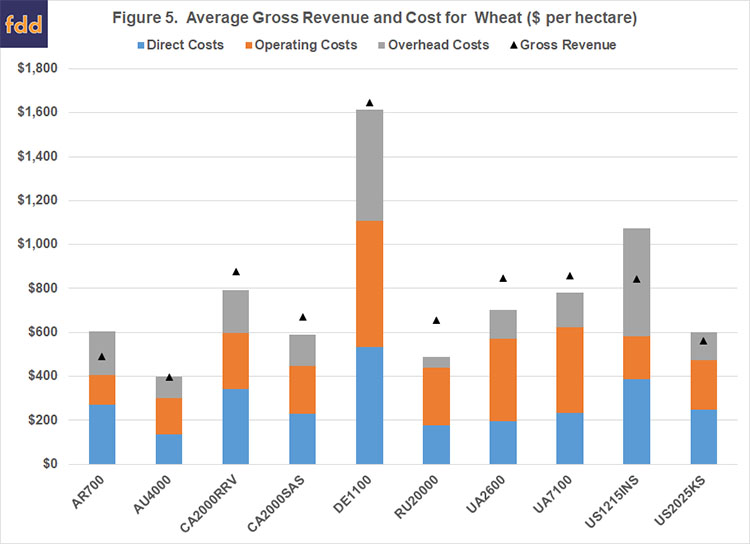 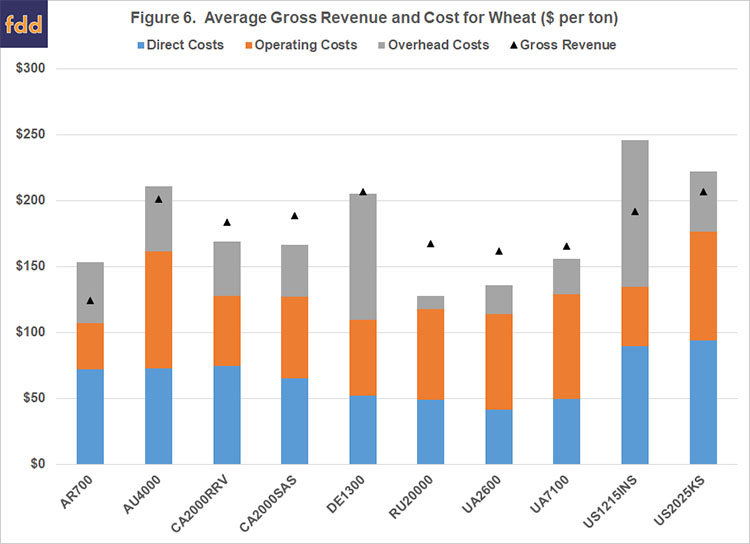 This paper examined yield, gross revenue, and cost for farms with a wheat enterprise in the agri benchmark network from Argentina, Australia, Canada, Germany, Russia, Ukraine, and United States.  Using data from the 2017 to 2017, the average crop yield ranged from 29.0 to 119.1 bushels per acre and averaged 65.3 bushels per acre.  The average economic profit was $8 per acre ($20 per hectare) for the typical farms.  Economic profit ranged from a loss of $94 per acre ($231 per hectare) for the southern Indiana farm to $68 per acre ($167 per hectare) for the Russian farm.  In addition to the two U.S. farms, economic loses were incurred for the farms in Argentina and Australia.