Data are from USDA, FSA (US Department of Agriculture, Farm Service Agency).  It starts with the 2007 crop year.  Another source of data is USDA, RMA (Risk Management Agency).  Prevent plant acres vary somewhat by these two sources, in part because not all farms enroll in commodity farm programs and buy crop insurance.  FSA data are used because it is a single, consistent set of data on prevent plant and planted plus failed acres.

Corn and Soybeans vs. Other Crops 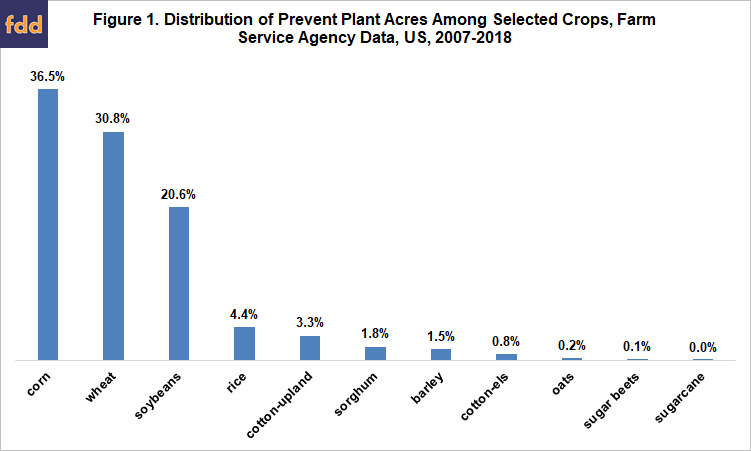 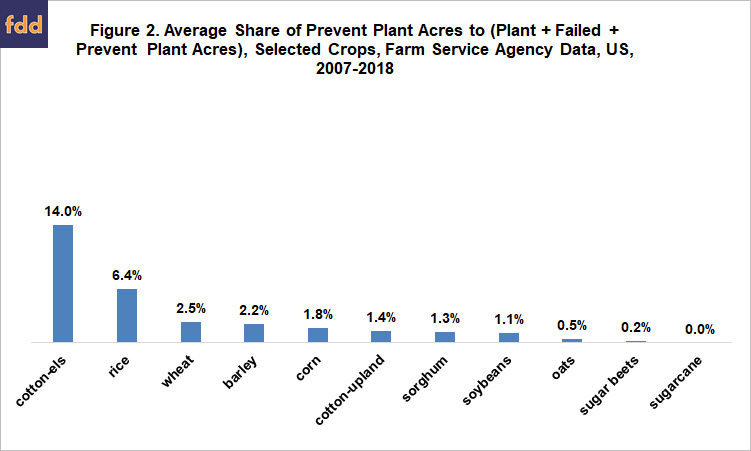 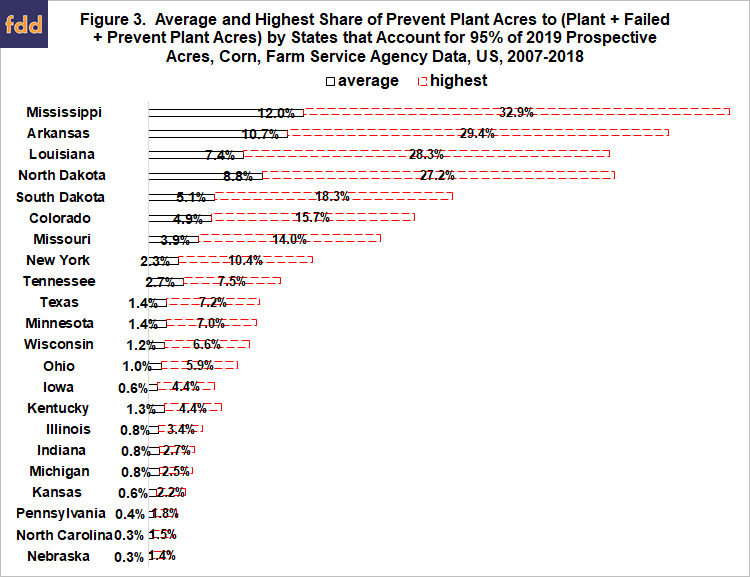 As Figure 3 illustrates, the difference between average and high share for a state can be large.  The widespread, notable late planting of corn in 2019 is a reason to consider what happens if all states match their highest 2007-2018 share in 2019.  Multiplying each state’s highest prevent plant share over  2007-2018 by its March 2019 prospective corn acres, then summing over all states; generates 6.6 million acres of prevent plant corn in 2019.  This is approximately four times larger than the 1.7 million corn prevent plant acres if each state’s average share is used. 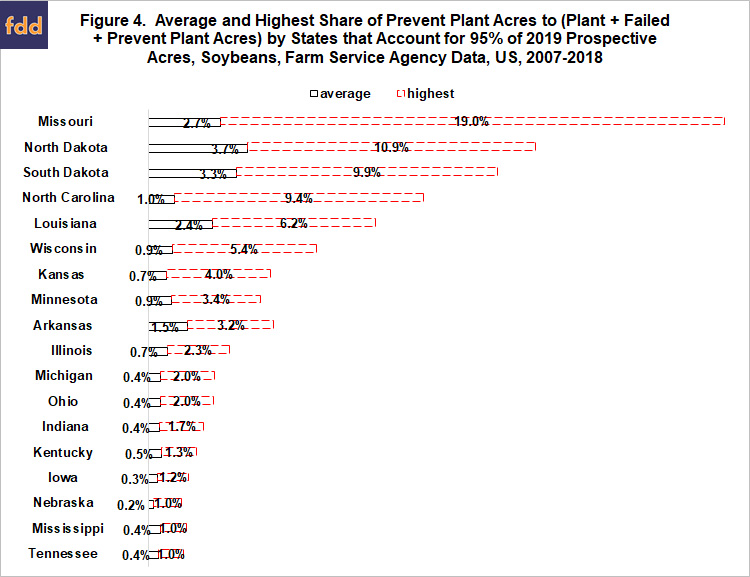 As with corn, the 2019 planting pace lags for soybeans in almost all states.  If all states were to end up with prevent plant shares that match their 2007-2018 highest shares and using the state soybean acres in the 2019 Prospective Planting report; 4.3 million acres of soybeans would be in prevent plant.  As with corn, this is approximately four times larger than the 1.0 million acres of soybean prevent plant if each state’s average share is used, again illustrating the wide difference between average and high shares.