Advances in agricultural productivity in Africa have lagged, as reflected by the fact that varieties are often popular with farmers for more than 14 years (Walker et al. 2015). The distribution and adoption of improved crop varieties has been stymied in part by an insufficient number of plant breeders on the continent. Would-be plant breeders often chose to pursue MS- and PhD-degree programs in the USA or Europe, and more than half of these did not return to Africa to practice their profession once graduated (Ali et al. 2007).  The University of Ghana determined to change this by establishing the West Africa Centre for Crop Improvement (WACCI) in 2007, in partnership with Cornell University, to offer quality education and training in Genetics and Plant Breeding to African students. Supported by the Alliance for a Green Revolution in Africa (AGRA) as part of a strategy to launch a Green Revolution in Africa, WACCI aimed to create a sizeable, innovative workforce to increase agricultural productivity and ensure food security, especially for the people of west and central Africa.  Professor Eric Yirenkyi Danquah, a visionary leader, was appointed to establish and direct WACCI. He determined to create a pathway from BS to MS to PhD in plant breeding at the University of Ghana to serve students from both English-speaking and French-speaking countries and to attract both men and women into the program, with the aim to establish WACCI as a leading institution for plant breeding education on the global stage.

USAID and WACCI Collaborate to Train an Innovative and Inclusive Workforce

The USAID Feed the Future (FtF) Soybean Innovation Lab (SIL) has partnered with WACCI in efforts to achieve a top-notch curricula for its graduate programs. Professor Rita Hogan Mumm, founding director of the Illinois Plant Breeding Center at the University of Illinois, led a distinguished panel to review the WACCI curricula, which resulted in a number of recommendations to broaden/update courses and enhance educational quality and the training experience (Click here for more information).  Since 2013, four courses were developed by University of Illinois experts in the subject matter and shared with junior faculty who were mentored in course delivery: Statistics and Experimental Design I and II, Population Genetics, and Molecular Marker Analysis. In addition, two short courses featuring the use of cutting-edge breeding approaches and tools were delivered. Through the SIL partnership, WACCI students participated in internships in the USA designed to cultivate an innovative, problem-solving mindset and to expand their professional networks. Interns interfaced with seed companies to see the scale of industrial plant breeding programs and all the technologies plugged into the process pipeline, and participated in cutting-edge research in soybean at the University of Illinois.  Furthermore, SIL promoted professional development of junior faculty.  Four junior WACCI faculty participated in the African Plant Breeding Academy, which is coordinated by the University of California at Davis with funding from Mars Incorporated and AGRA (Click here for more information). The African Plant Breeding Academy is an intensive 6-week program that provides advanced training and tools to empower African scientists to utilize DNA-based information to improve effectiveness and efficiency in cultivar development. Furthermore, some faculty engaged as visiting scholars at U.S. universities to promote collaborative networking in specific crops. For example, Dr. John Eleblu, WACCI’s research coordinator for Francophone Africa, was hosted by Professor Brian Diers at the University of Illinois for an “immersion experience” in soybean breeding.

Results to Date and Future Impacts

To date, more than 100 MS and PhD scientists from 14 countries have been trained at WACCI, going to work for national breeding programs, seed companies, government agencies, and NGOs in their home countries; many others are in process. WACCI has been recognized as an African Centre of Excellence in Plant Breeding by the World Bank, with investments backed by the Ghanaian government totaling $14.5M USD. It has attracted over $35M USD in investments overall since its inception to sustain and improve quality education for African plant breeders. In 2018, WACCI received international accreditation from the Agency for Quality Assurance (AQAS) in Germany following an in-depth review of curricula benchmarked against EU standards.

Moreover, WACCI has established itself as a research center, with breeding programs for maize, tomato, soybean, cowpea, groundnut, and sorghum. A first for a Ghanaian university, improved maize hybrids for 3 ecological zones in Ghana have been released. This has broad implications for the research model for graduate education at WACCI, given the opportunity that students have to conduct their thesis research in conjunction with a relevant and productive academic breeding program.

Now, in Phase II of SIL, WACCI junior faculty are taking the lead in mentoring faculty of other African universities that are training a critical mass of plant breeding students. Four WACCI faculty are creating Instructor Guides for open access courses in plant breeding available through PBEA (Plant Breeding E-learning for Africa; https://pbea.agron.iastate.edu/). The WACCI faculty are also reaching out to mentor other faculty and plant breeders across the continent.  WACCI is the host for the inaugural conference of the African Plant Breeders Association slated for October 23-25, 2019 (https://africaplantbreeders.com). WACCI is well on the way to becoming a capacity building center for sustained professional development of African plant breeders, beyond its primary mission for graduate student training.

The WACCI-SIL partnership exemplifies research-for-development at its finest: USAID has provided the means to support WACCI in achieving its aspirations to fill a critical need by creating an innovative and inclusive workforce that will drive a Green Revolution in Africa and transform agricultural productivity to meet human needs. The impact of this Feed the Future Innovation Lab will continue to grow and will last far beyond the sunset of the program, training breeders of improved soybean varieties as well as breeders of other key crops for Africa’s nutrition. 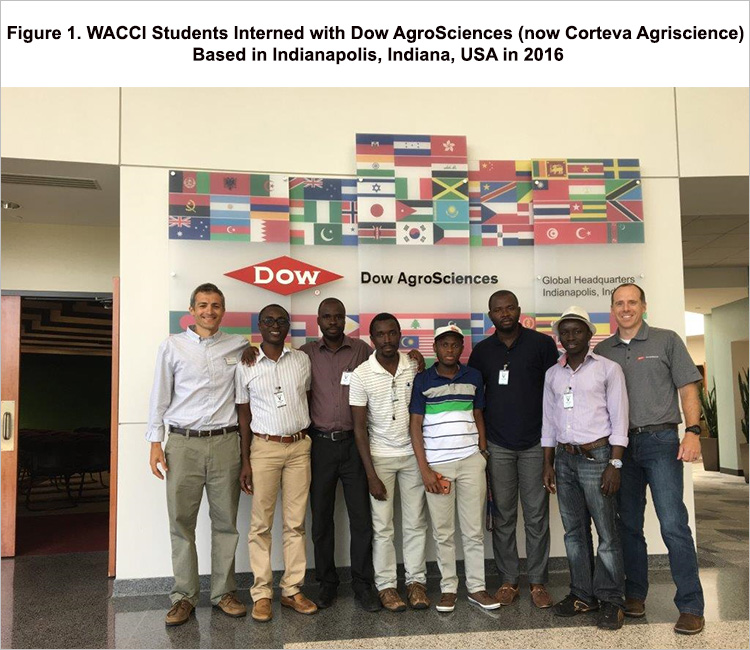 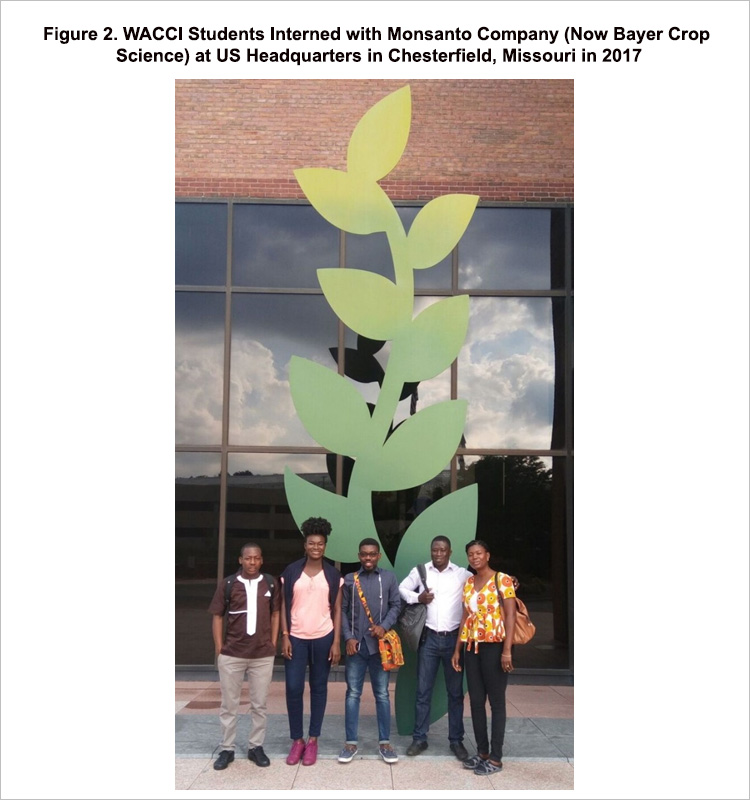