This is the third article on land use practices as reported in the 2017 US Census of Agriculture (see farmdoc daily, July 24 and July 25).  Use of tile is examined in this article.  Attention on tile has grown in recent years due to increased attention on large rain events.  Consistent with this attention, land tiled increased by 7 million acres between the 2012 and 2017 censuses.  Both use of tile and its growth is concentrated in states that border the Great Lakes or are in the Corn Belt.  This area of rain-fed agriculture has productive soils as prone to periods of excess water as to dryness, making management of excess water important to the realization of production potential.

Section 4 of the 2017 Census of Agriculture questionnaire concerned “Land Use Practices.”  One of its questions was, “During 2017, considering the total acres on this operation, how many acres were drained by tile? (Appendix B, page B-30). 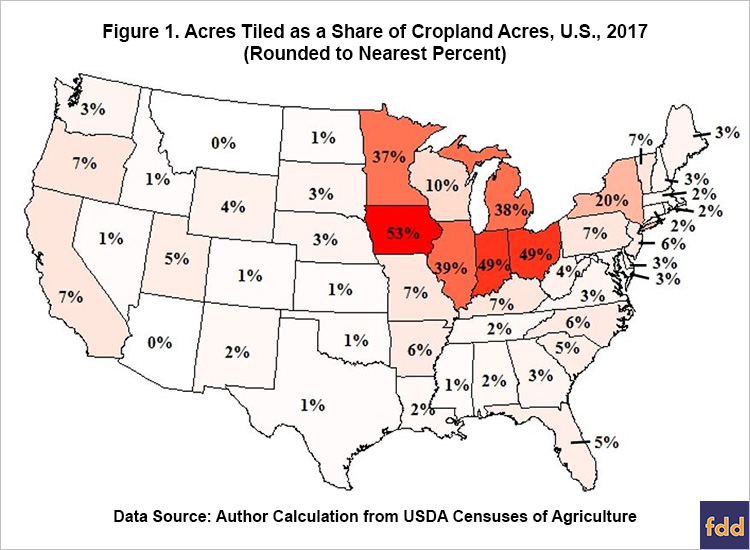 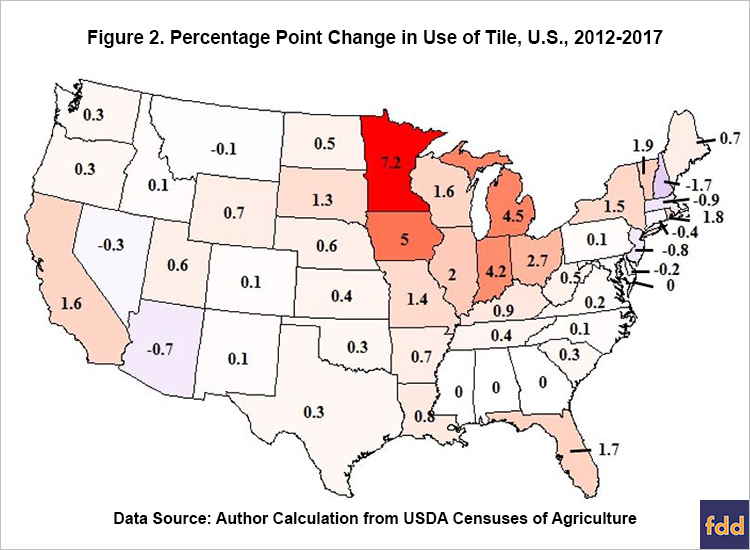 Acres tiled was not reported for Alaska and Rhode Island in the 2012 Census of Agriculture to avoid disclosing data for individual farms.

Zulauf, C. and B. Brown. "Cover Crops, 2017 US Census of Agriculture." farmdoc daily (9):135, Department of Agricultural and Consumer Economics, University of Illinois at Urbana-Champaign, July 24, 2019.

Zulauf, C. and B. Brown. “Tillage Practices, 2017 US Census of Agriculture.” farmdoc daily (9): 136.  Department of Agricultural and Consumer Economics, University of Illinois at Urbana-Champaign. July 25, 2019.