Cash rents in Illinois remained roughly the same in 2019 as in 2018, continuing a string of years with little changes in cash rents. In this article, average cash rents for 2019 are shown for the state of Illinois and counties in Illinois. There will be downward pressures on 2020 cash rents.

The National Agricultural Statistical Service (NASS), an agency of the U.S. Department of Agriculture, reports an average cash rent for the state of Illinois each year. For 2019, NASS estimates the average cash rent in Illinois at $224 per acre, up $1 per acre from a $223 per acre level in 2018 (see Figure 1). 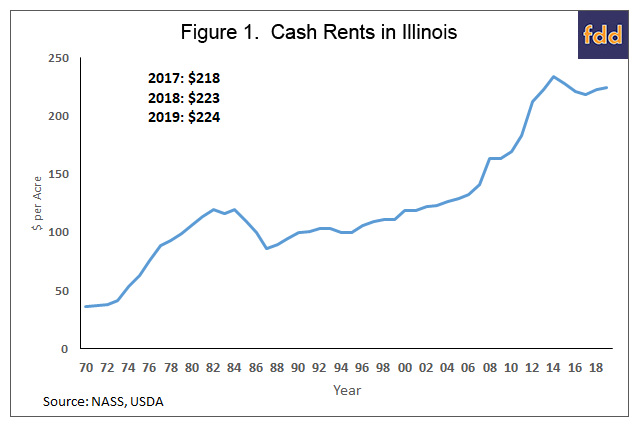 NASS is on an every other year schedule for releasing county cash rents. Table 1 shows a comparison of 2017 to 2019 county cash rents. Note that there are some counties that do not have a cash rent reported for 2019. In these cases, the 2017 rent plus a $4 increase will be a good estimate of the 2019 cash rent for that county. 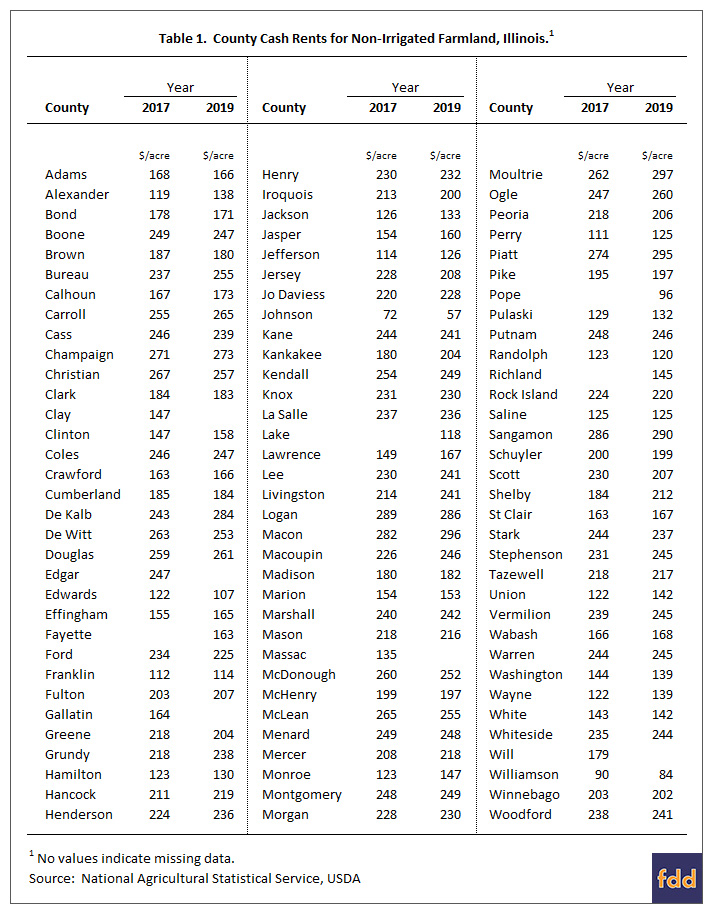 Overall, average cash rents across counties increased $4 per acre from 2017 to 2019, roughly matching the $6 increase in the state cash rent between 2017 and 2019. There were some counties with large changes between 2017 and 2019. It is difficult to explain those changes based on geographically region of the state. Large differences likely are due to sampling. Overall, there is a great deal of variability of cash rents within a county. It is common to see over $50 per acre variances in parcels next to one another. As a result, the above averages do not necessarily match the cash rent for an individual parcel. Moreover, changes in sample from which cash rents are drawn can have large impacts on averages.

Downward pressure is expected on 2020 cash rents because of very low incomes in 2019 (see farmdocDaily July 16, 2019). Prospects are for continue low incomes into 2020. How much cash rents change this year remains to be seen.