Table 1 contains the percent of harvested acres by farm size category. Data come from the U.S. Census of Agriculture and are available from the National Agricultural Statistical Service (NASS) through the Quick Stats website. Data are available for each census year from 1997 to the present. Census years are five years apart. 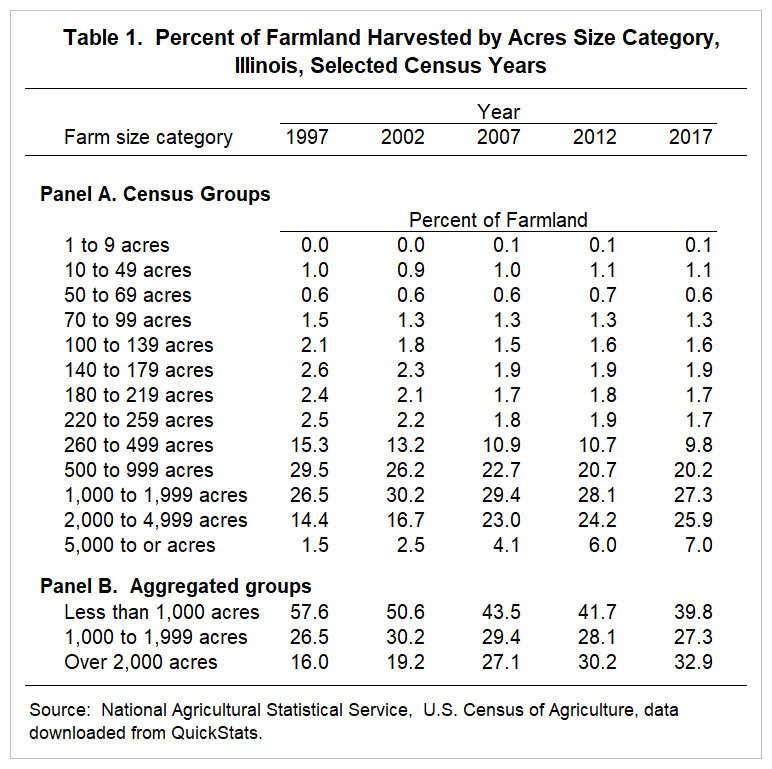 There are two panels in Table 1. Panel A shows percent of acres operated by different farm sizes in groups that come from NASS. These percentages are summarized into three groups in Panel B:

The focus in the remainder of this article will be on values in Panel B.

Growth in Concentration over Time

Figure 1 shows the percent of acres operated by farms with over 2,000 acres by Illinois county in 2017. There is a considerable range across Illinois counties. The three highest percentages are in southern Illinois: Gallatin with 72%, White with 68%, and Lawrence with 56%. There are size counties that the census indicates that there are 0 percent farmed by over 2,000 acre farms: Cook, DuPage, Johnson, Lake, Pope, and Putnam.  These 0 percent counties have limited agricultural farmland. 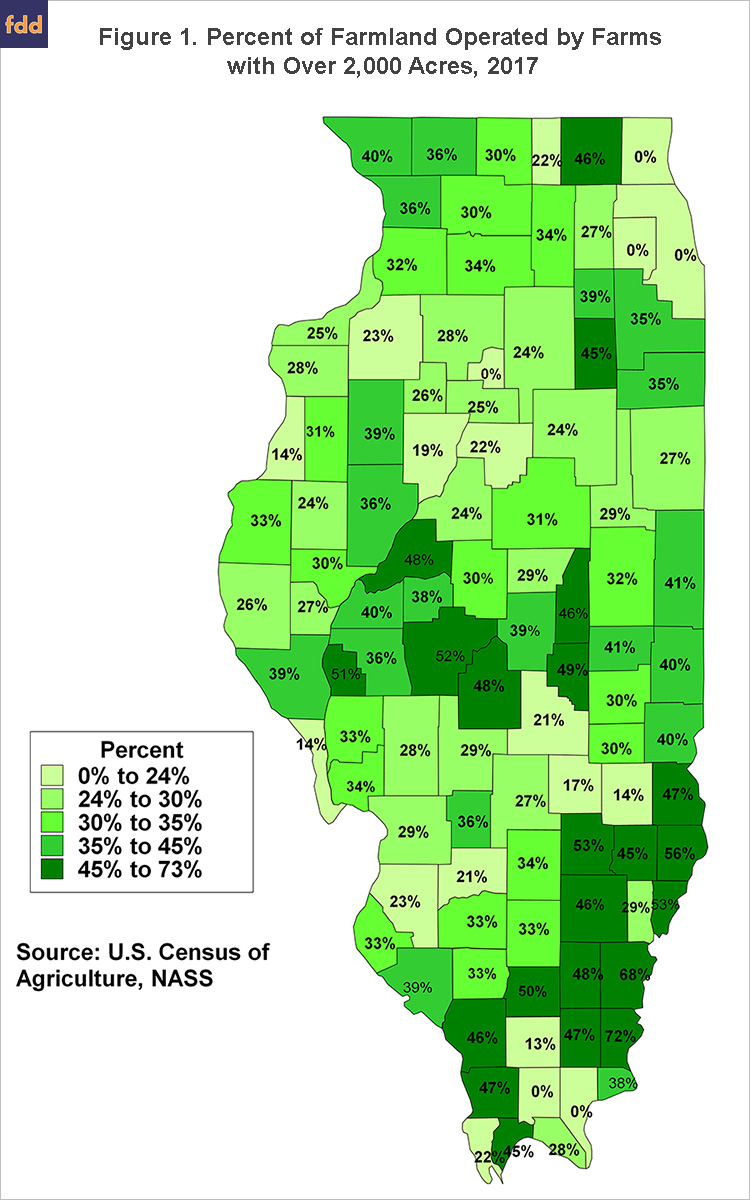 As is well known, the percent of acres operated by larger farms has grown over time, with most of the acres coming from farms with less than 500 acres. One would expect those trends to continue. Even without any introductions of new technologies, there are powerful forces at work leading to increasing farm size.  An increase to 36% of farmland operated by 2,000 plus acre farms should be expected in the 2022 census.

Perhaps surprisingly, the levels of concentration are uneven across Illinois. There are areas with higher concentration, particularly in central and southern Illinois. Overall, local market conditions likely play a significant role in acres operated by different farm sizes.