Wide-spread concern exists over the large decline in US share of world corn, soybean, and wheat exports (see Figure 1).  Moreover, quantity of corn and wheat exports have never consistently exceeded their early 1980 levels (see Figure 2).  Tariff wars have heightened the concern.  Long term impact of the tariff wars is a concern, but this article argues that graphs such as Figures 1 and 2 exaggerate the decline in US agriculture’s international standing and mask key relationships that frame private and public decisions.  Data cited in this article come from PSD (Production, Supply, and Demand website). 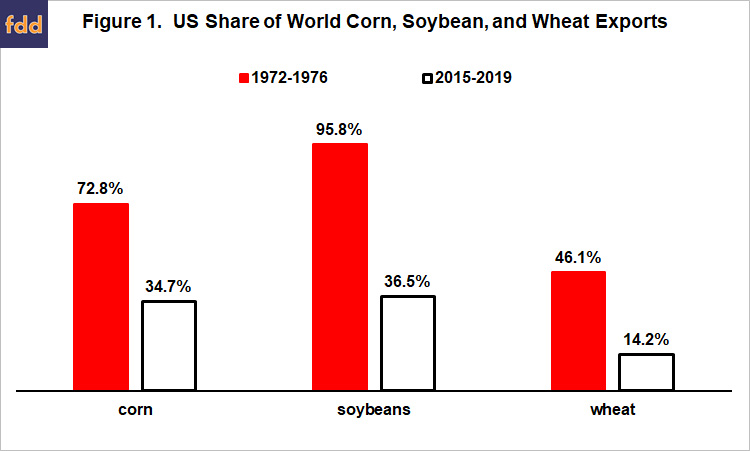 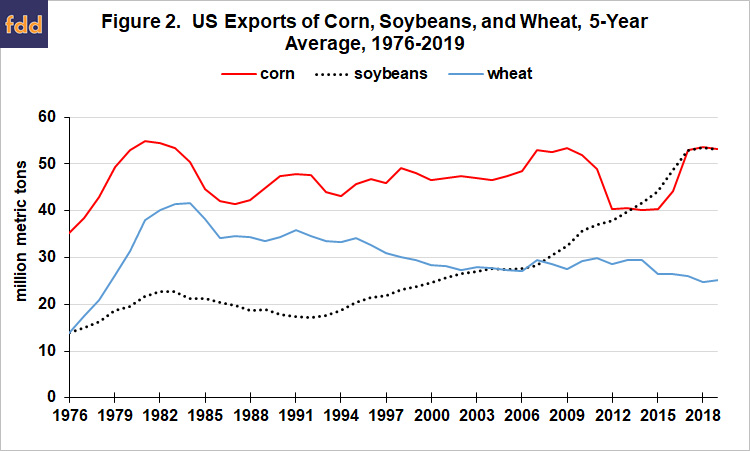 A more encompassing and likely more accurate measure of US agriculture’s international role is its share of aggregate world feed grain-food grain-oilseed production. 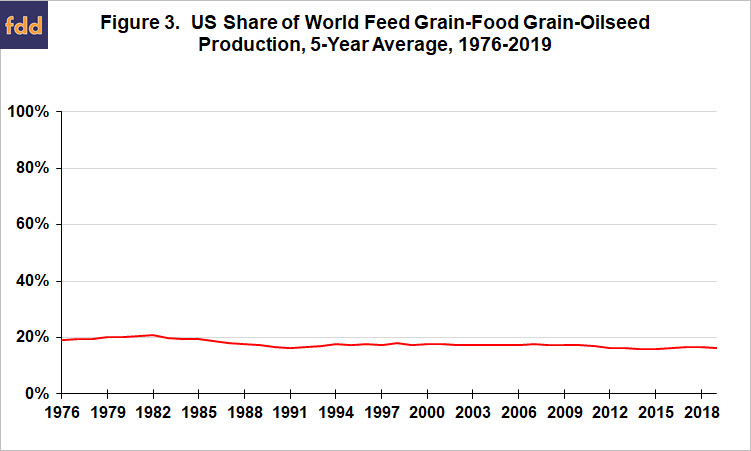 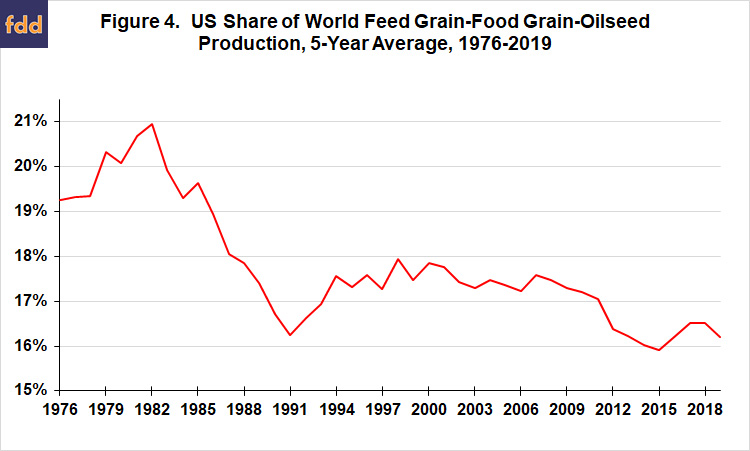 Role of US Acres

Since the early 1980s, all growth in cumulative US production of feed grains, food grains, and oilseeds has come from yield as harvested acres declined by 26 million (see Figure 5).  Since 2000, harvested acres have essentially not changed in the US while increasing by 301 million in the rest of the world.  The constraint on US acres reflects both bioclimatic factors and public policy.  It seems unlikely to change in the near future.  The constraint means, if US domestic consumption grows faster than US yield, prices will increase, giving rest of the world an incentive to bring acres into production.  This scenario played out as the US expanded its biofuel markets since 2000. 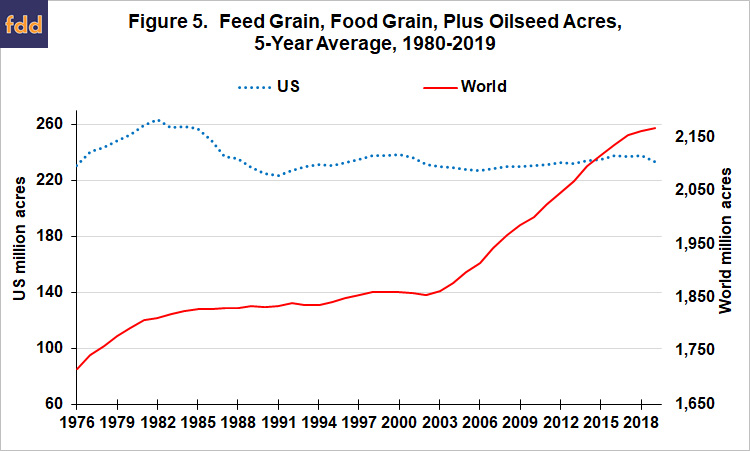 A widely-expressed concern is the decline in US share of world corn, soybean, and wheat exports.

This decline however exaggerates the decline in US agriculture’s international standing.  It also masks key relationships that frame private and public decisions.

A key feature of contemporary US agriculture is a constraint on cropped acres.  Given this constraint, growing US demand faster than yield means most of the benefits accrue to the rest of the world as they bring more acres into production.  Such has occurred since 2000 as the US expanded its biofuels markets.

The US cropland constraint prompts the following policy questions / issues.  Given this constraint,

These issues span multiple titles in the farm bill, suggesting the US cropped acres constraint could be a foundation theme directing debate over the next farm bill.

Zulauf, C. “Has Ethanol Increased Total US Corn Use?.” farmdoc daily (9):219, Department of Agricultural and Consumer Economics, University of Illinois at Urbana-Champaign, November 20, 2019.