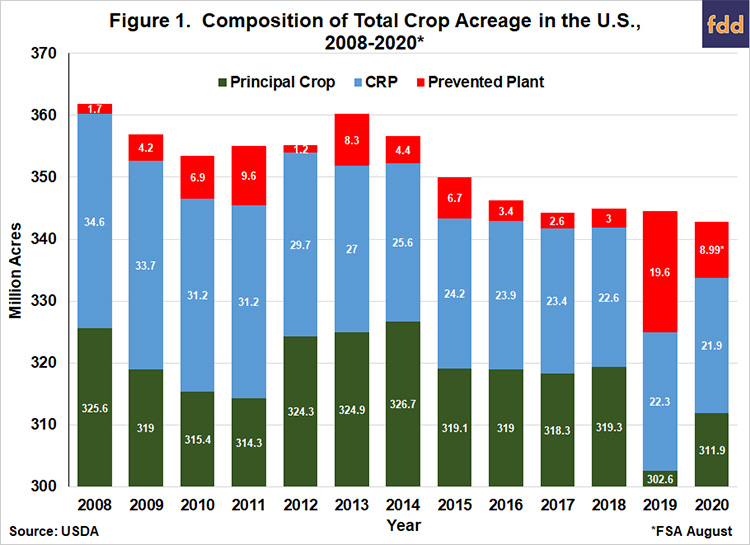 FSA policy requires that producers participating in several Federal commodity programs submit an annual report regarding all cropland use on their farms, including prevented plant acreage (farmdoc daily, January 27, 2016).  The deadline for reporting acreage each year is July 15th for most crops.  In consideration of the COVID-19 pandemic, the FSA waived the late fee for 30 days this summer, which raises the possibility that the normal pattern of reporting to FSA will not hold in 2020.  The FSA issues monthly reports of planted acreage to the public beginning in August based on farmer reports received and summarized to date.  The final report is released in January and, in theory, that data represent a complete census of acreage enrolled in the farm programs administered by the FSA, including prevented plant acreage. 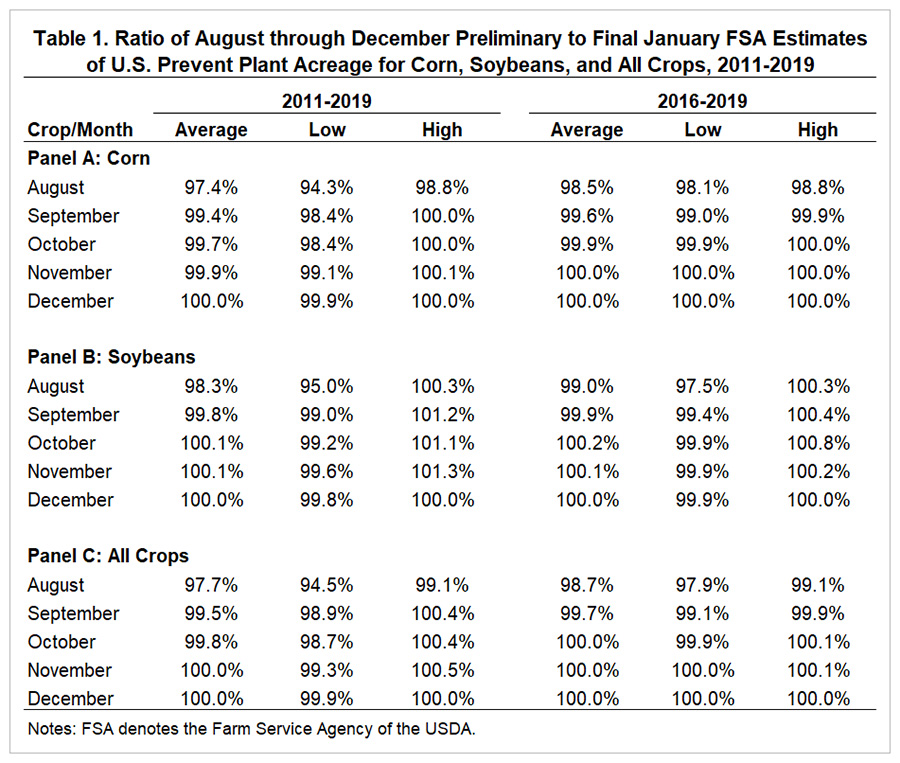 There is some variation in the relationship between preliminary and final prevented plant acreage that is obscured by the averages over 2011-2019 in Table 1.  As an example, Figure 2 presents the yearly ratios for corn in August.  Two things stand out.  First, there was a sharp drop in reporting in 2013.  Second, there is overall an upward trend in reporting for August over time.  These same trends are found in soybeans and all crops.  Consequently, we also present statistics for the ratio of preliminary and final prevented planting in Table 2 only for the last four years, 2016-2019.  This increases the average ratio for corn, soybeans, and all crops in August to 98.5, 99.0, and 98.7 percent, respectively. 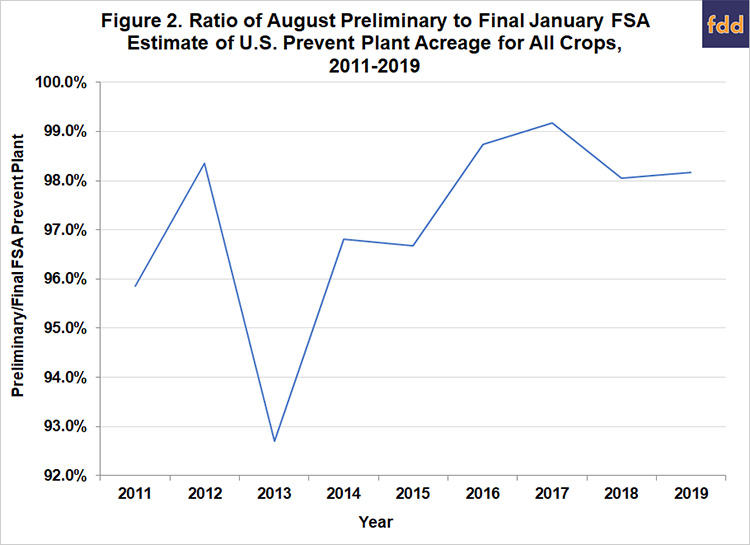 Given the assumed ratios, the estimated increase in prevented plant acreage from the August preliminary report to the final are not very large, about 80,000 acres for corn, 12,000 acres for soybeans, and 122,000 acres for all crops.  However, as noted earlier, the July 15th reporting deadline was effectively waived for 30 days this year due to the COVID-19 pandemic.  This may delay reporting compared to the pattern of recent years.  To provide some perspective, we redo the computations but assume the lowest reporting ratio for all crops, 94.5 percent that occurred in August 2013.  At this reporting level for August 2020, we estimate final total prevented plant acreage for all crops would be 520,000 acres higher than the preliminary August estimate.